But I can’t and that’s why you’re reading these words.

What I can’t do is walk into a re-booted restaurant, in a fancy hotel, and tell you it’s just as good as it always was.

Because once once you’ve eaten a dozen times (at least) at the former restaurant, interviewed the chef, seen the operation, tasted the entire menu, and wallowed in a masterpiece of confluence that was that chef’s vision, a casino’s money, and a staff’s passion for excellence, it is impossible to un-remember and un-taste these things.

Just like it’s impossible to un-remember how fresh the fish was, how vibrant the sauces were, and how perfect the side dishes always managed to be.

And who can ever forget the fresh fish cart at Bartolotta Ristorante di Mare? Remember how brimming it was with the bounty of the Mediterranean? All of it only hours old by the time it hit your plate: 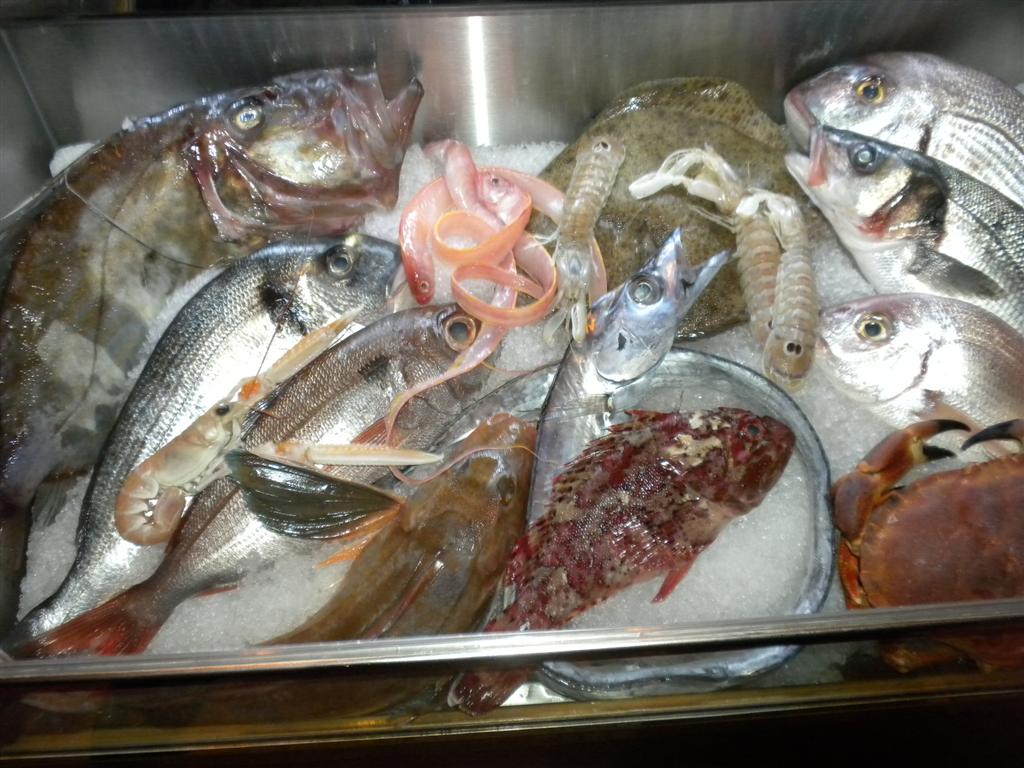 (NOT taken at Costa di Mare)

Suffice it to say that today this fish cart is a pale imitation of what it was. Suffice it to say we got there early this past Saturday night and it looked like it had been picked over, with about a quarter of the swimmers in it that it used to have. (We were so depressed by the selection, we didn’t have the strength to snap a photo.)

Suffice it to say the fish we had was dry and overcooked, the veggies boring, and the sauces a tepid shadow of their former selves.

That didn’t keep the prices from being just as stratospheric as they’ve always been, however.

Yes, I wish I didn’t know that the accountants at Wynn are trying to pass this zircon off as the diamond it once was.

I wish they’d let Mark LoRusso (the new exec here who is a seafood savant in his own right) do his thing, and not hamstring him with a holdover menu that wants to have it both ways — keeping the old Bartolotta aficionados happy, while positioning Costa di Mare as some kind of over-the-top Pisces palace when it’s really just milking the old sea cow for all she’s worth.

I wish I couldn’t taste all of these things after only a few bites. But after four decades of intense restaurant-going, you can tell from a few forkfuls whether or not they’re phoning it in.

Ladies and gentlemen, they’re phoning it in at the former jewel in the Wynn’s crown. At least by the standards that Paul Bartolotta set for this place. What was once a passion restaurant is now a money restaurant, and no amount of p.r. spin can hide that fact. Costa di Mare is a copy of a copy of a Mediterranean fish restaurant, with all the watered-down goods to prove it.

You have been warned.

Our dinner for four came to $948, with about half of that being wine.

In the Wynn Hotel and Casino

5 thoughts on “COSTA DI MARE – A Zircon in the Rough”