Assuming any are around a month from now, restaurants surviving this coronapocalypse will face a strange new world of less customers. freaked out diners, intense public health scrutiny, and a depleted workforce.

All this while trying to resurrect their economic lifelines and deal with supply chains in ruins.

When it comes to Las Vegas, there’s really two conversations to have here: one about off-Strip dining scene (You remember it don’t you? The scene that was starting to boom over the past three years?), and the Strip, with its hundreds of food outlets serving (primarily) our tourist economy.

For purpose of these predictions, let us concentrate (mostly) on trends which will affect both.

There are no crystal balls at work here, and some of these are beyond obvious, but they bear reminding to brace yourself for the brave new world in eating out that’s right around the corner.

And for the record, it would please us no end if we are proved totally wrong on all of them. Well, almost all of them.

Everything’s about to shrink: customer base, restaurant seating, booze consumption, and profits. Those people you see dancing in the streets? Bankruptcy lawyers.

Every menu in America that isn’t a Chick-Fil-A has just been cut in half. Many will stay that way. Shorter menus are great for many reasons, but mainly because you can spend less time ordering and more time worrying about that cough from four tables away.

Cheek-by-jowl jostling with strangers over a plate of steak frites has gone from good to gauche. Huge Strip restaurants will reduce capacity (e.g. 300 seat places (like Mon Ami Gabi) will suddenly find themselves with a third less tables. Tiny neighborhood joints will feel the pressure too. Guess which ones will be hurt the most?  A fifty seat mom and pop cracker box can’t make a profit if it’s cut in half. No word yet from the epidemiologists on the disease-catching horrors lurking in back-to-back booths.

Put a fork in them, they’re done. Deader than Julius Caesar. Forget about sanitary masks and table-spacing — after this world-wide freakout, no one’s going to want to stand in line with hundreds of strangers while waiting to eat….much less handle a serving spoon that’s been touched by fifty filthy kids.

Opposing view: Death by calories will not dissuade these eager over-eaters from their orgies of excess. Buffets and Covid19 have a lot in common: both are vaccine-proof and impervious to common sense — always ready to stealthily reinsert themselves into our defenseless body politic as soon as our sneeze guards are down. The same credulous fraidycats  who bought the coronavirus scare wholesale will be only too eager to resume shoveling AYCE into their pie holes, as soon as some authority figure says it’s “okay”. Catching a virus may have terrified them in the short-term, but government can stand only so long between a man and his third dessert.

A corollary to “close tables” above. Three-deep bars and people screaming to be heard will be seen as toxic. In well-spaced, too-quiet places, expect people to start yelling across tables just for old time’s sake. Baby Boomers, mostly.

No one will want to dine next to strangers anymore. From now on, people will let public health doctors tell them how they should sit and socialize —  in the same way we let dentists tell us what food to chew, and gynecologists dictate who we should sleep with.

Here’s one we’re on the fence about.  Will portions shrink to reflect tougher times? Or will the good old “blue plate special/meat and three” make a comeback? In other words, will gutsy food replace preciousness? One thing’s for sure though, there will no longer be restaurants centered around…

Shared plates (and/or everyone picking off a central platter) will NOT be a theme of most menus coming out of this. You might as well ask your friends, “Let’s go infect each other over dinner.” Even though it’s not true, you’ll get a lot of “Ewwww” at the very thought. If you want to eat communally, you’ll have to go Chinese. Possibly in a private room. Probably with a bureaucrat standing over your shoulder. 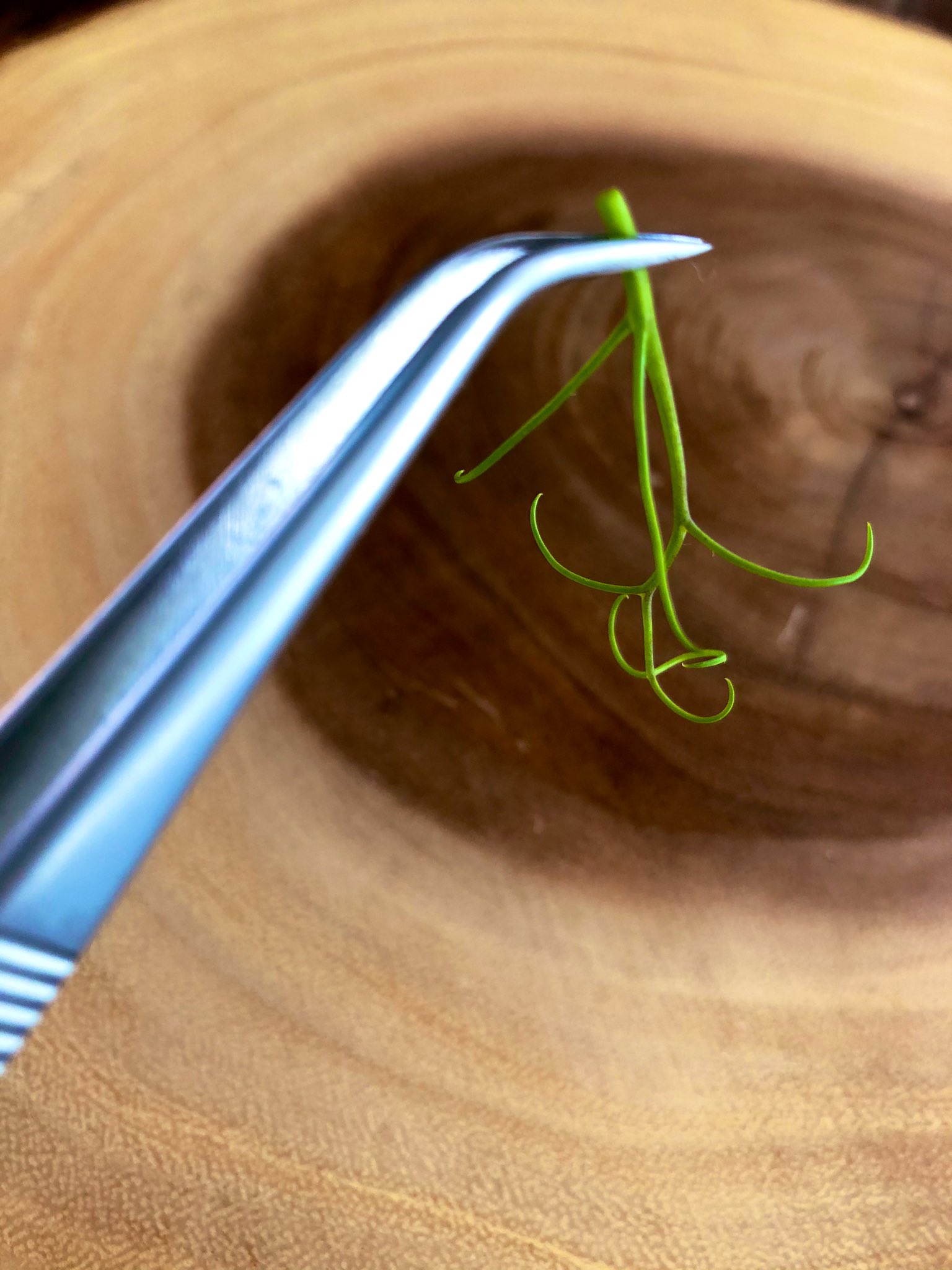 Can’t die a moment too soon. As Julia Child once said (when looking at a nouvelle cuisine creation): “You can just tell someone’s fingers have been all over it.” The absurdity of molecular cuisine will also perish in a sea of silly foam.

Once the dust settles, the 1% will start flocking back to destination restaurants. Or will they? Something tells us all the “chef’s vision” malarkey — which has powered the World’s 50 Best for the past decade — will henceforth be seen as decadent. Simple, local cooking with good ingredients will replace three hour slogs through some overpraised, hipster chef’s fever dream.

Personally, many who dine out often long for the days of real cotton napery and tablecloths. We prefer them to wet, slimy, cold, hard surfaces where who-knows-what has been smeared on it. Unfortunately, it’s a cinch the health Gestapo will mandate the constant wiping down of tables, and human comfort and civilized dining will one of the casualties….at least in America. We can’t imagine the old-school, haute cuisine palaces of France serving dinner on bare-bones tables…although some already do. The smart set will bring their own cleaning supplies….because nothing says “night on the town” like handi-wipes and a personalized spray bottle.

Sad to say, but somms will be an endangered species in this new economy. Wine lists will shrink; prices will come down; and choosing a bottle will be between you and your wine app. This will save you money (on tips), and gallons of self-esteem points by no longer being humiliated because you don’t know the difference between a Malagousia and a Moscofilero. Idiot. 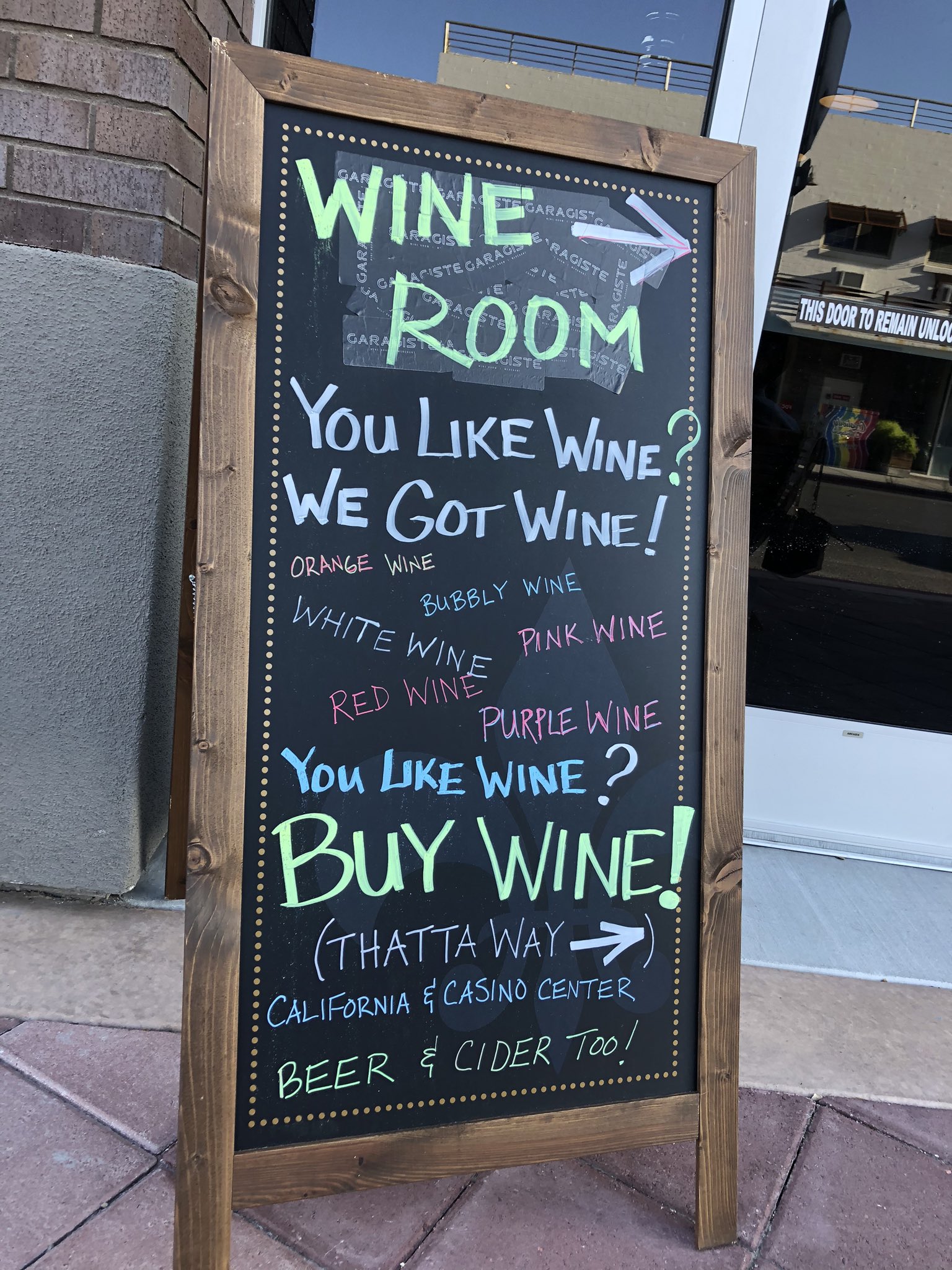 Expect wine in general to take a hit, especially the expensive stuff. Especially in America. The health nuts will try (and fail) to turn bars into fully automated spaces with all the charm of a DMV waiting room.

Their popularity has been shrinking for a while now. Is anyone dying to go to a Bobby Flay restaurant anymore? Even if Shark in The Palms is pretty good? El Gordo’s shtick will start (start?) looking stagey and superficial in the culture of asceticism to come. Not to mention the idiocy of $$$s being thrown at him/them by clueless casino accountants, just to see a famous name on a door. And because the cache of chefs has shrunk…

…are probably a thing of the past, too. Ditto their tattoos…and tatts on waitstaff and barkeeps. In this hyper-hygienic, monochromatic, new world order, anything that smacks of personal expression and pirate rituals will not be a good look when it comes to selling vittles. Imagine a world where everyone looks like Barbie and Ken, right down to the lack of genitals, and you’ll get the idea. Sexy.

Specifically Chinese food. Face it: America is racist, and many blame the Chinese government for this debacle. While the blame may be justified, this isn’t fair to Chinese-Americans or Chinese restaurants in America. But fairness has no place in post-Covid society. Once the tail starts wagging the dog, don’t expect the bull to go easy on the China shop.

The world’s fear of viral infection will make clean freaks out of everyone. And this means more single-use plastic: gloves, Styrofoam, containers, take-home boxes, utensils, etc.. Germaphobes are going to have a field day “protecting” us from cooties….even if it means ruining our long term health and the environment. This is known in public health circles as saving your life by killing everything around you.

Every operator thinks this whole pick-up/delivery thing is here to stay.  Doesn’t matter that all food tastes better when eaten right after it’s prepared. (The only exceptions are cold sandwiches and burgers…and even fast food burgers suffer from remaining too long in the sack.) Good food doesn’t travel well. Good food needs to be eaten as soon as it’s done. Human beings have known this for thousands of years. But because of this shutdown, restaurants will try in vain to prove otherwise. Eating take-out from a good restaurant is like watching a blockbuster movie on an iPhone.

To those promoting AI cooking, conveyor belt sushi, automaton waiters, and  computerized everything, this Covid crisis has been manna from heaven. The only thing that will suffer from this automation will be your dignity and good taste.

…will NOT have a resurgence, Neither will bread baking. Why? Because cooking is hard and bread baking is even harder. Ain’t nobody got time for that.

Bottle service > dead. Ginormous nightclubs > toast. Dayclubs > history. Lounge acts and supper clubs (circa 1975) will be replacing them. You heard it here first: Once  Mel Tormé impersonators get rolling, Elvis imitators will seem cheesier than a Velveeta fondue.

MUCH GREATER EMPHASIS ON HYGIENE – of customers,  restaurants, and their staffs. Will everyone have to be tested before entering? Will your waiter be wearing a mask? Will all of these ruin your enjoyment of eating out by turning restaurants into the equivalent of hospital food being served by prison guards in a boarding school mess hall? Does the Pope wear a beanie?

Coffee and Cocktails Will Conquer 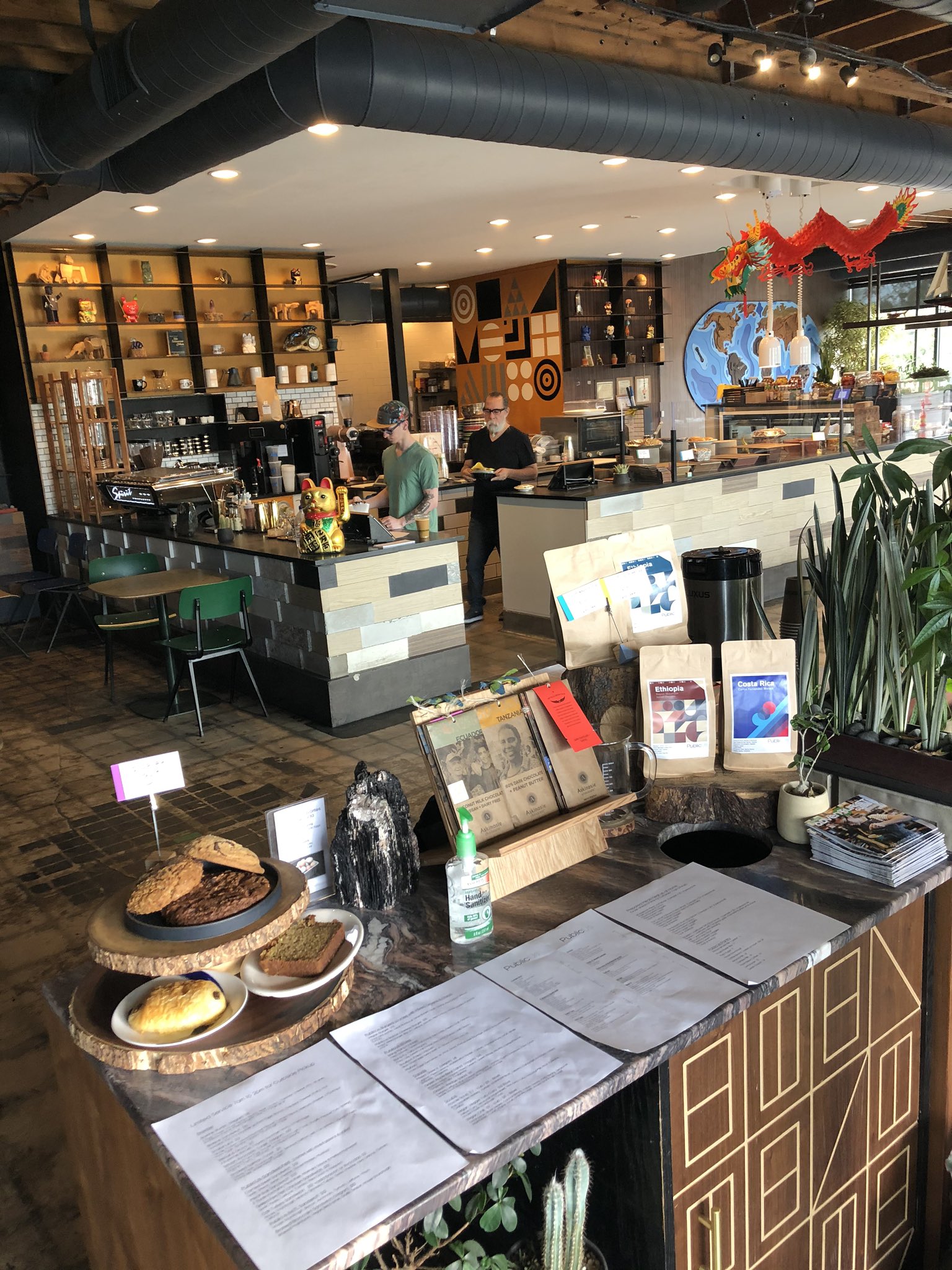 The first businesses to revive after this nonsense subsides will be coffee houses and cocktail bars. They will be the easiest businesses to ramp back up, and will provide a quick, cheerful respite from the misery that has enveloped society. Restaurants, especially mid-tier, independently-owned restaurants will have the hardest time of it. The catchwords will be comfort over creativity. And nothing is more comforting in trying times than a good cocktail…or a cup of coffee.

Reports of critics’ demise have been greatly exaggerated for over a decade, but this could be the final nail. The last straw. The icing on the funeral potatoes, if you will. 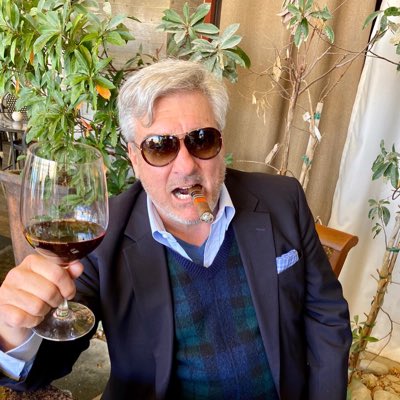 (You got what you wanted, restaurants: no more critics! But just think of the cost. Cheers!)