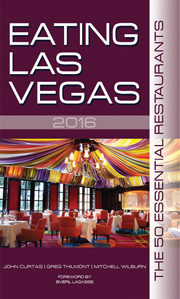 7 thoughts on “EATING LAS VEGAS – The 50 Essential Restaurants is Here!”