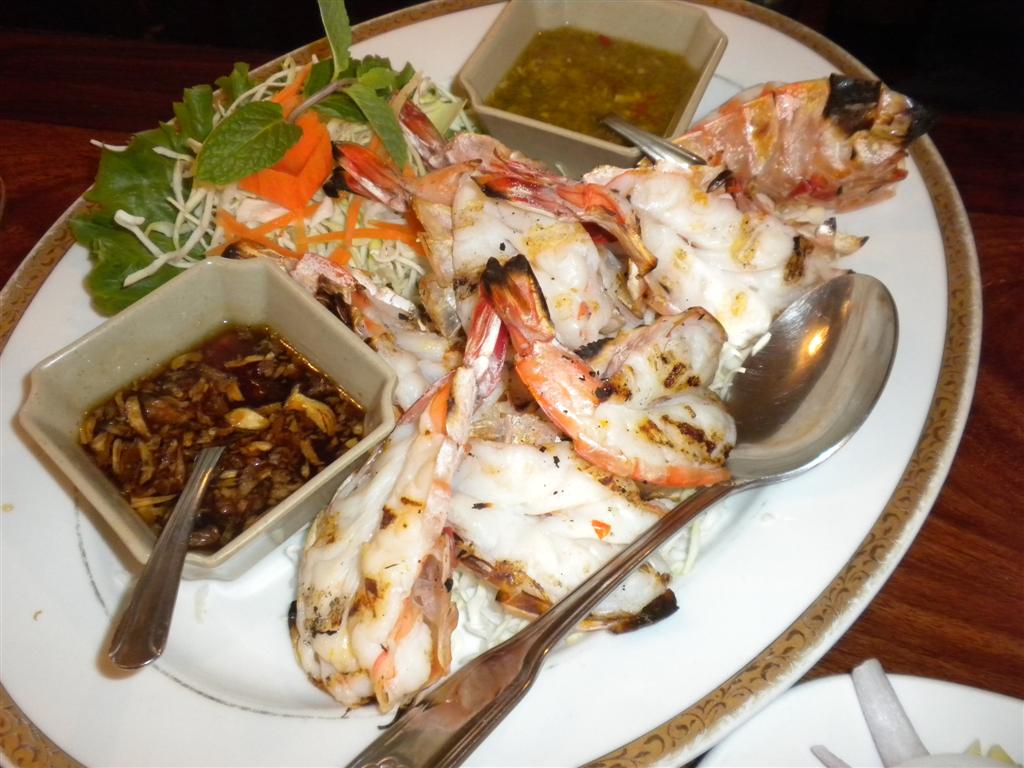 “That place is so crowded no one goes there anymore.” – Yogi Berra

Truer words were never spoken about a restaurant. Since Bill and Saipin Chutima took over this space in 1999, the gourmet world has beaten a path to their door. So popular has LOS become with the fiery foods crowd that a table is almost impossible to score on a weekend evening — when you’ll see taxi after taxi dropping parties of four off every five minutes — as tourists make their pilgrimage here to sample our most famous 0ff-the-Strip eatery.

ELV, being the first local food writer to trumpet the tremendousness of this place, takes personal responsibility for its success. When pushed, he will grudgingly admit that some dude named Jonathon Gold might have had a little something to do with spreading the word, but we sleep better at night thinking every diner who shows up here owes us a personal debt of gratitude.

In no other Thai restaurant in town can you find the variety, freshness, and vivid flavors put forth by this kitchen on a daily basis. (Those who had judged Lotus by its lunch buffet were missing the point of this restaurant. Thankfully, they finally discontinued their tepid ode to the all-you-can-eat-crowd last month.)

The point of Lotus is and always has been  the northern and Issan specialties (all in English on the menu), done the way Saipin’s mother taught her, and well enough to garner Chutima two James Beard Award nominations and (finally), in 2011, the award for Best Chef Southwest (share with Claude Le Tohic of Joël Robuchon).

Pair these dishes with the extraordinary Rieslings that make up one of the best German lists in the country and you have an experience that earns the distinction of being called the best Thai food in the U.S.

We haven’t been to every Thai restaurant in the country, but we tend to agree with Jonathan Gold (yeah that Jonathon Gold, the Pulitzer Prize-winning author Jonathon Gold), especially when we’re lingering over bites of Issan sour sausage, koi soi (raw beef with chiles), or Chutima’s definitive Northern Thai curries. Warning: Gringos should avoid asking for anything “Bangkok hot.”

Max Jacobson says: “Vegas has many terrific Thai restaurants, including the northeast Thai kitchen Weera Thai, and the far flung Penn’s Thai House in Henderson. I still say Lotus is the ticket for great Thai cooking, though, in spite of losing longtime General Manager Bank Atachawan to his own place, Chada Thai. [B]ut they still have their secret weapon in Chef Saipin Chutima, great wines to match the spicy cooking…and a menu composed of Chiang Mai and northeast Thai dishes. Is that a picture of Joël Robuchon on her wall? Sure it is.”