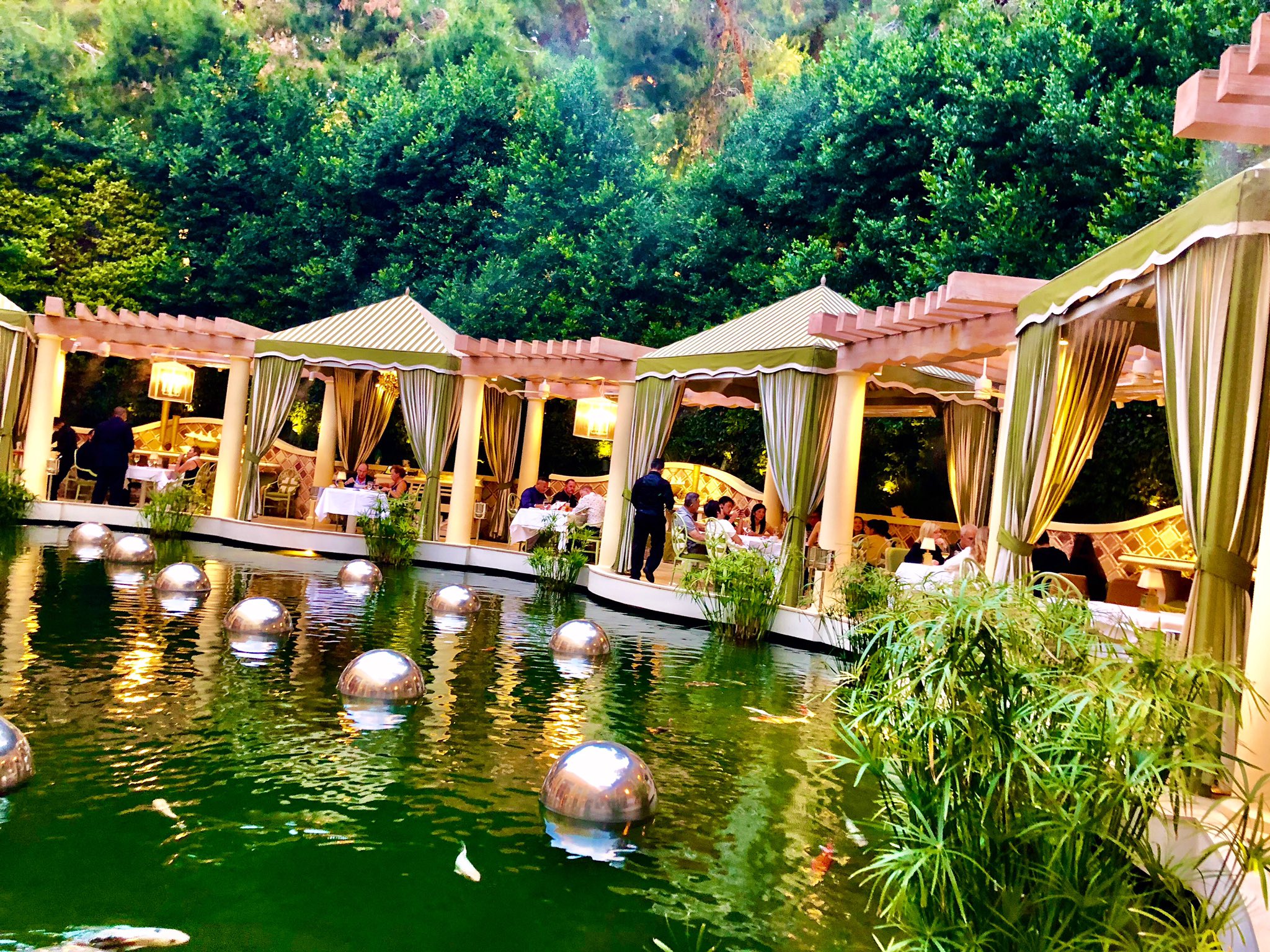 Nobody knows anything. – William Goldman

Trying to take the temperature of where we are and where we’re going is a fruitless exercise. No one knows the answers; everyone has their fingers crossed.

During a recent conversation with a local magazine editor, I was at a loss when asked what I wanted to write about. The “new normal” is anything but. Hotels and restaurants have opened seeking to reestablish themselves, but no one knows how sustainable these operations can be over the long haul, especially when seating is restricted and probably a quarter of your (former) customers are too scared to dine out.

The Strip has rolled the dice and opened its doors: chugging along at a quarter speed with no conventions in the foreseeable future and the slowest time of the year staring it in the face. People are showing up, but nowhere near in the numbers for which these places were designed.

No one has any idea what the demand for Las Vegas is going to be. Nobody knows anything. Everyone’s in the dark. Demand for beds, booze, or breakfast — it’s anyone’s guess what it’ll be: next week, next month, or in November for that matter..

Because we’re all flying blind, no one can plan anything. Everyone is in survival mode, on and off the Strip. Restaurants designed to turn hundreds of covers a night are making do with a fraction of their capacity — like a Formula One racer puttering around and conserving fuel on a go-kart track. Tiny 40 seat Japanese gems like Hiroyoshi and Yui Edomae Sushi are confined to twelve diners at a time.

If you thought we had a tedious, interminable Spring, the next eight weeks are going to be brutal. 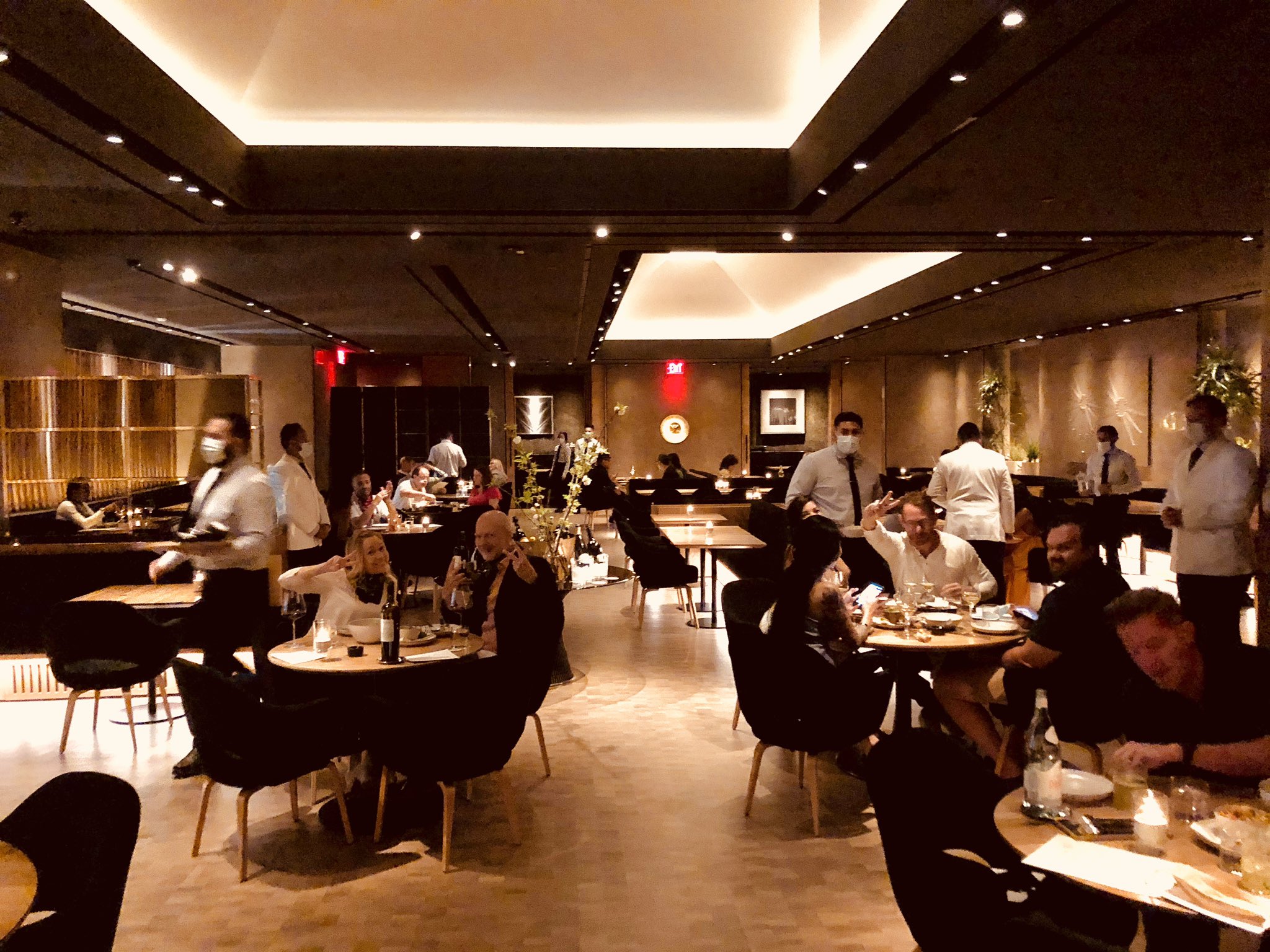 Even in places that are open, something very key to every restaurant’s survival is missing. The key to everyone’s survival — un-quantifiable but essential nonetheless. We’re not talking tables, turnover or customers. We’re not even speaking of service, aliments or alcohol.

No, we’re talking about energy. The Big E, the thing every business needs to succeed. It doesn’t matter what business, if you don’t bring energy to what you do, you won’t be doing it for long.

Restaurants derive energy from two places: their patrons and their staff. Both feed off of each other, literally and figuratively.

Small places like ShangHai Taste exude energy (or at least they did) from the moment you enter. It comes from customers eagerly awaiting their seats, and from the chefs furiously rolling, pinching and steaming your xiao long bao for scores of hungry stomachs.

When it’s firing on all cylinders, a huge restaurant like Mott 32 crackles from the minute you hit the gangplank. Bazaar Meat and Cut smell of beef, testosterone, and money; Restaurant Guy Savoy of French perfection.

Even a homey neighborhood joint like Jamie Tran’s Black Sheep has (or used to have) an electricity about it when you walked in the door — a palpable sense of people enjoying themselves. Energy, conviviality, and excitement are what made Esther’s Kitchen a hit from the get-go.

Now, they’ve lost it. All of them. Vitality has been replaced by defensiveness — an almost apologetic feeling in the air permeating these rooms and everyone in them.

The feeling is the same from the our most expensive to our most modest eateries, and it isn’t a pretty sight, even if the food remains as tasty as ever.

Diners are on the defensive. They are out and about at great risk, they are told, and they’re being policed by self-righteous, finger-waggers — emboldened by media, government, and public health officials — who’ve deputized them (they think) to tell the rest of us how to behave. The restaurants themselves live in fear of being outed for the smallest health infraction; their customers are less fearful, but ever vigilant, lest they be thought of as not properly protecting themselves or those around them.

Needless to say, none of this is a recipe for success.

But undaunted, we persevere. Eating out more than anyone, trying to gauge the temperature of our hospitality industry every week. Since good lunches are problematic downtown, and the hotels have reduced options and hours, we’re picking our spots

The following are the places I’ve eaten since the the quarantine was lifted in early June. As usual, all places come highly recommended. 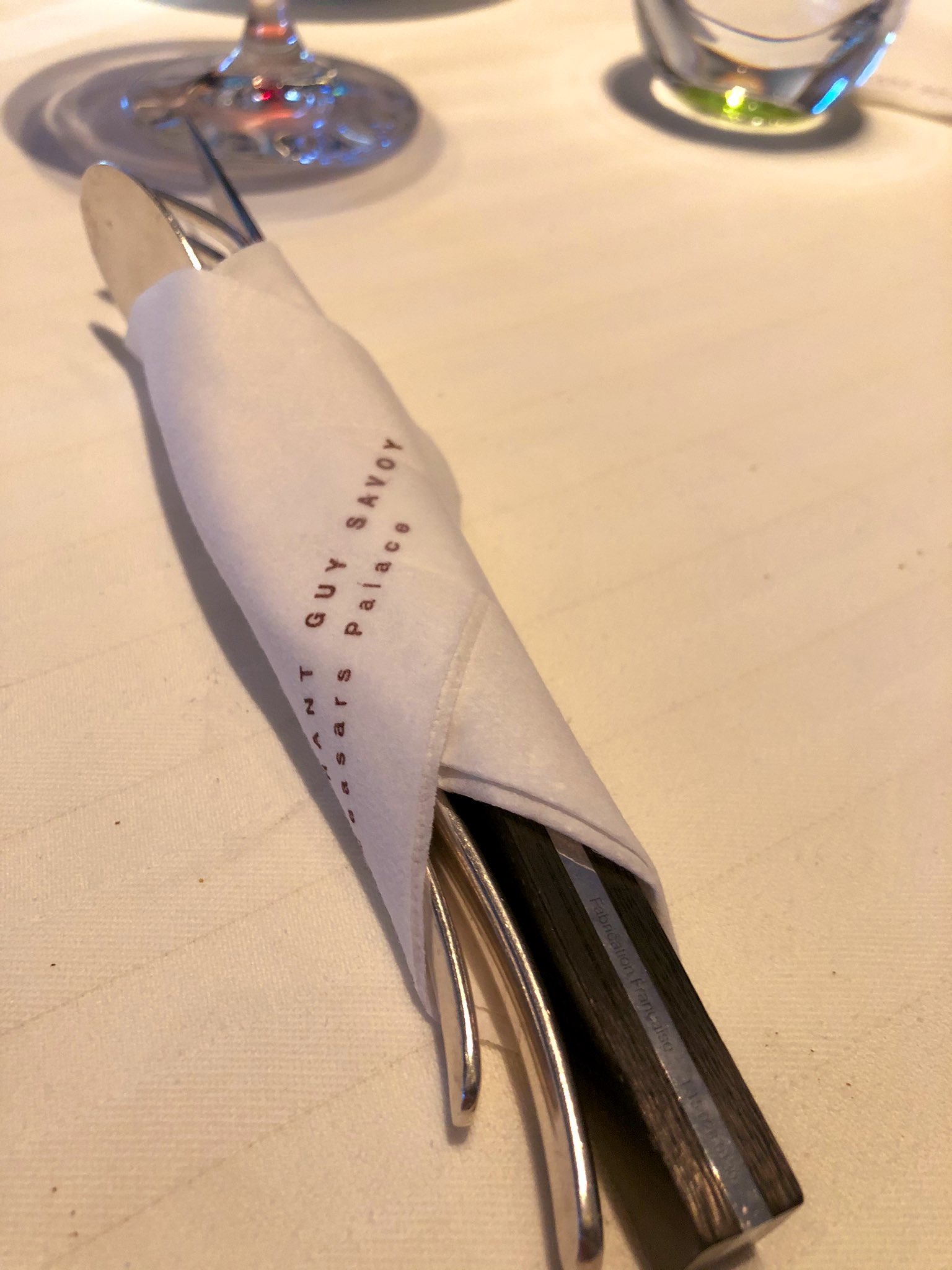 Against all odds, Caesars Palace decided to reopen one of America’s fanciest and most expensive restaurants. Like most higher-end joints, it’s only serving four nights a week (Wed.-Sat.), and multiple compromises have been made in the way they serve things. The bread cart is now for show only, silverware comes wrapped in paper, and the (smaller) cheese selection is one step removed from a Tupperware party. 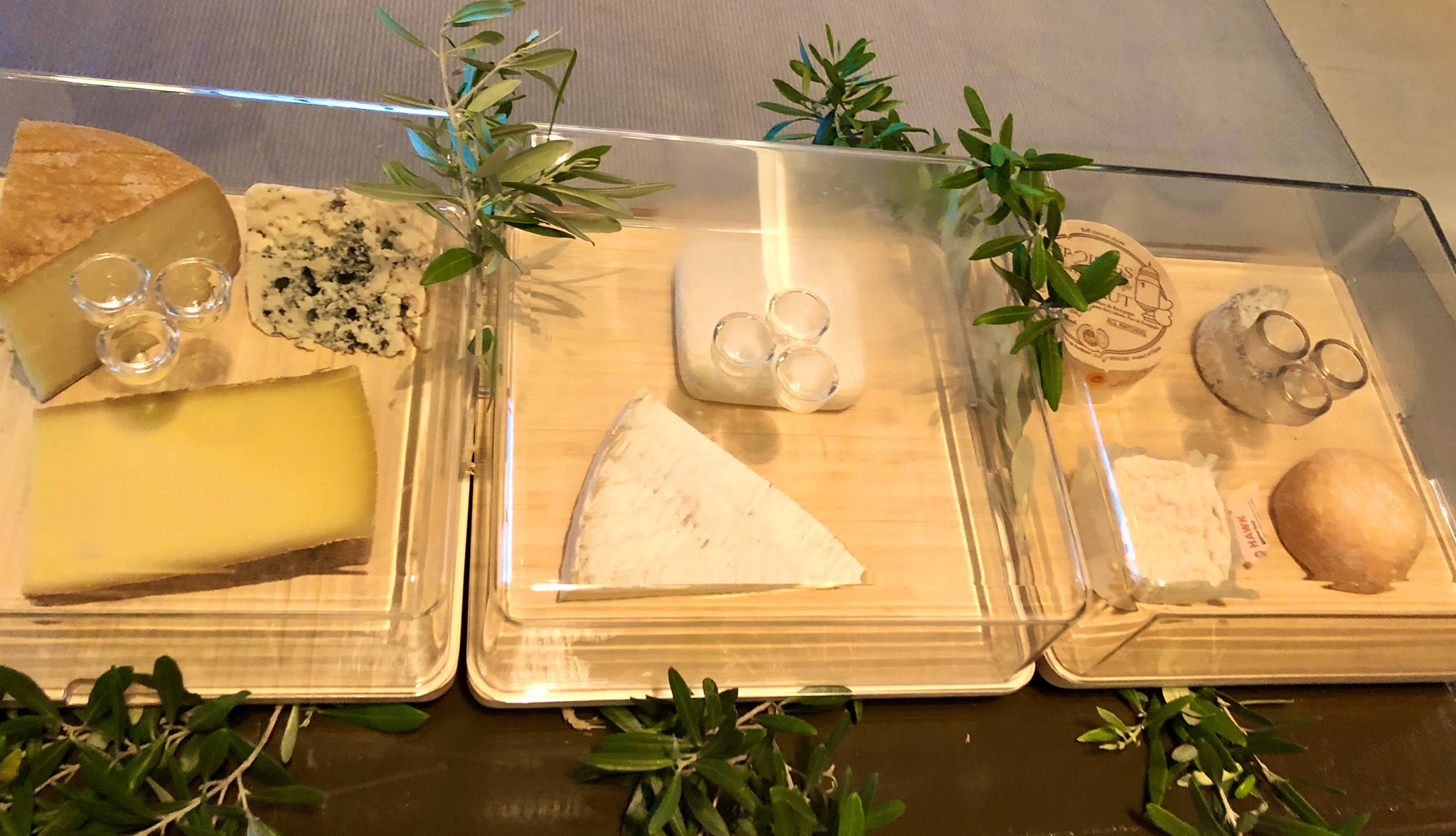 (Pretty cheesy if you ask me)

That said, Exec Chef Nicolas Costagliola continues to execute the Guy Savoy canon with delicious precision, the service never misses a beat, and you won’t find any better duck, veal, fish, vegetables, and desserts anywhere. With its already limited competition being laid low on both coasts, there is no better big deal meal in America right now. In fact, it may be the only big deal meal in America right now. 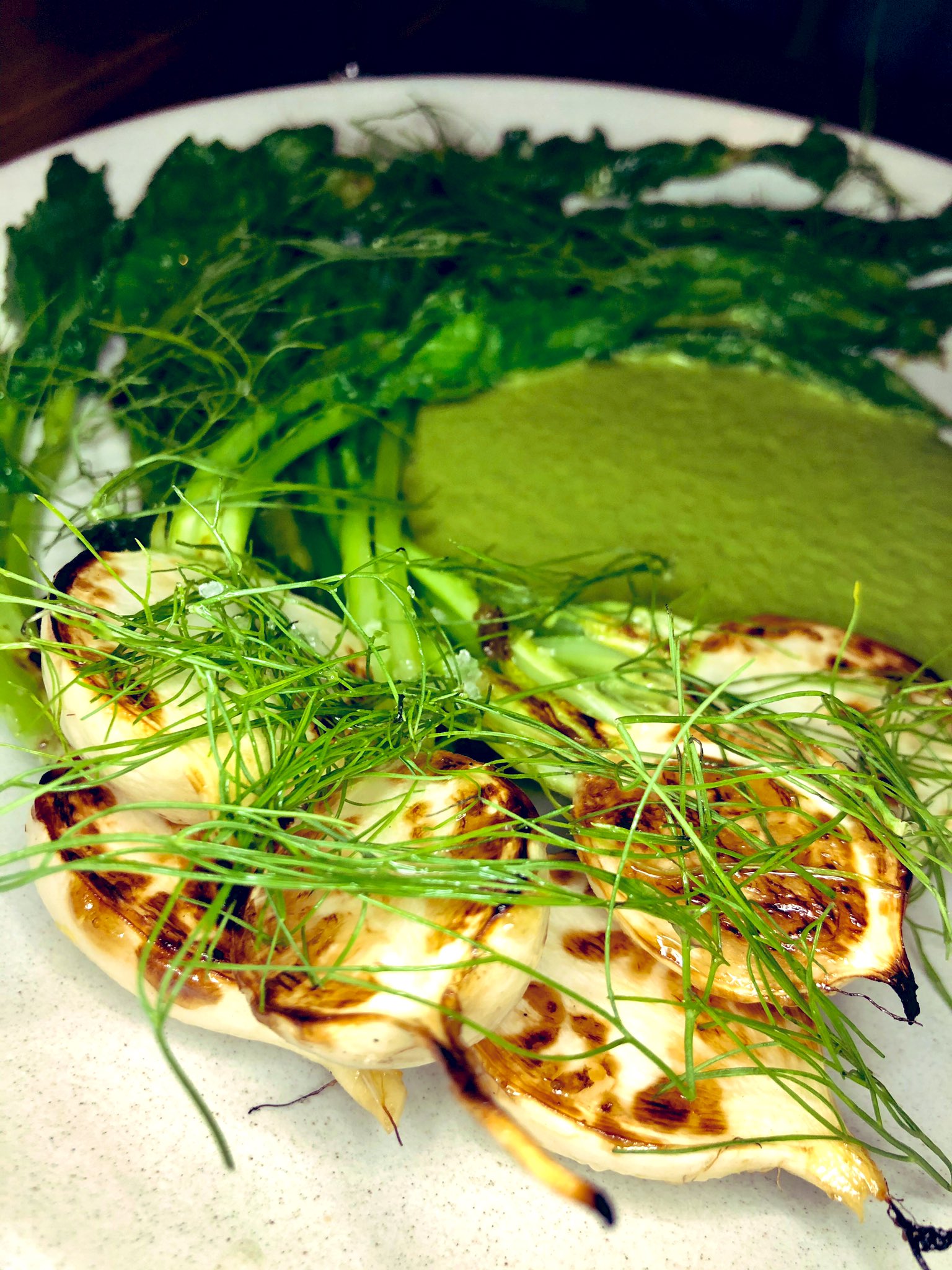 (You won’t turnip your nose at these)

Another surprise. Straight from Mexico City by way of New York City. On every gastronaut’s radar, even though it’s only open Thurs.-Sun.. Wonderful bar, mescal tasting room, molés out the wazoo, and modern Mexican food like Vegas has never seen before. Most of the food gobsmacked us, but we want/need a second round before letting our opinions gel. Be advised though: they take no prisoners with strong flavors and it is pricey — some of the vegetable dishes are priced from in the mid-twenties….for turnips (above). 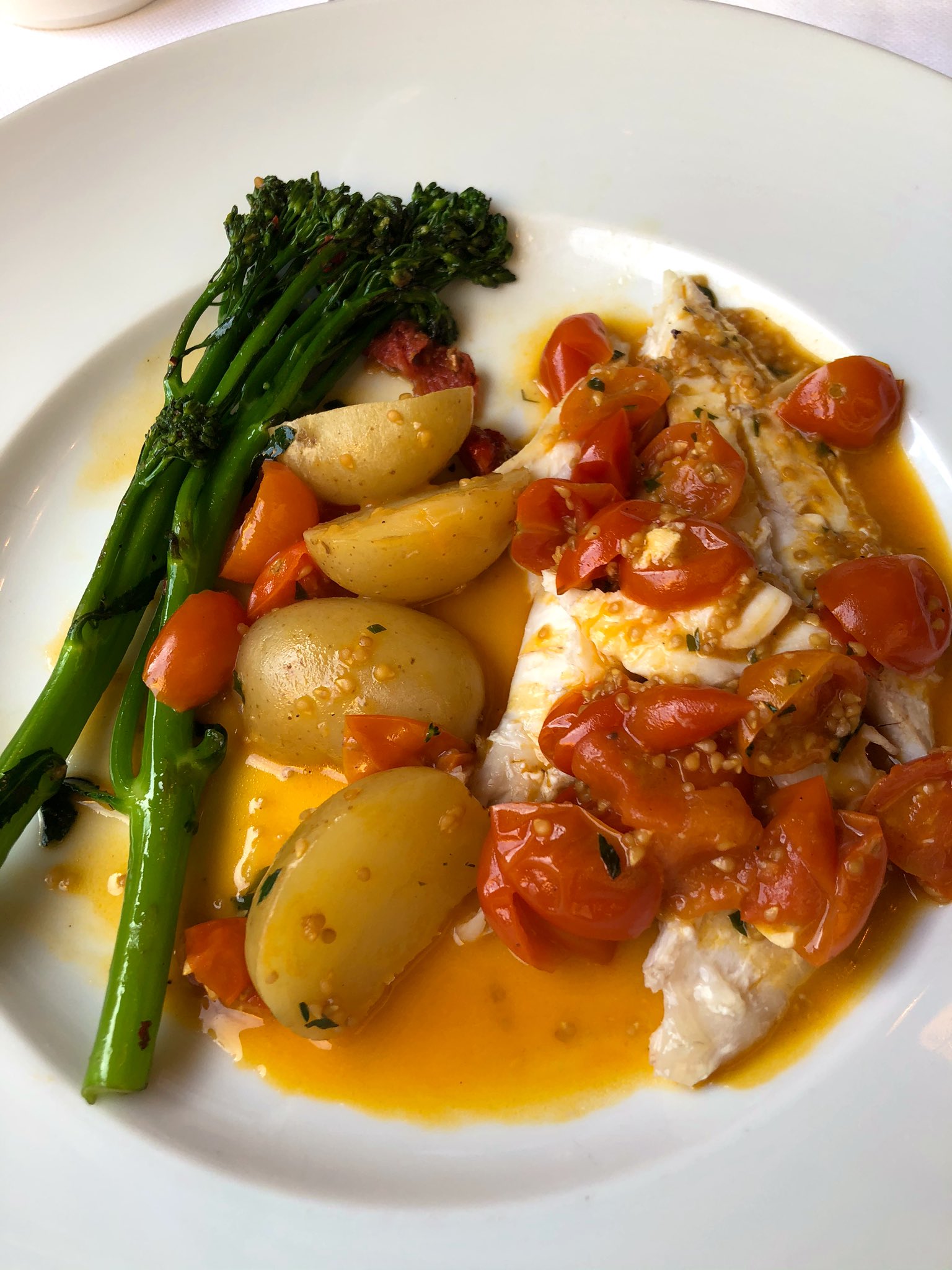 Dramatic setting, dramatic seafood. We wrote this place off several years ago after two mediocre meals. But to the Wynn’s credit (as well as Chef Mark LoRusso and GM Ivo Angelov), it has arisen from the quarantine ashes and recaptured some of the old Bartolotta Ristorante di Mare mojo. The Food Gal® (aka my wife) can’t wait to go back. Neither can I.

At this point, I don’t think it’s possible to have a bad meal at Bazaar Meat, or even a bad bite. Totally hit the ground running and tastes as wonderful as ever. The only thing that feels strange are the socially-distanced empty tables. As a steakhouse, however, it remains a riddle, wrapped in a mystery, inside the enigma which is the new-old Sahara hotel. 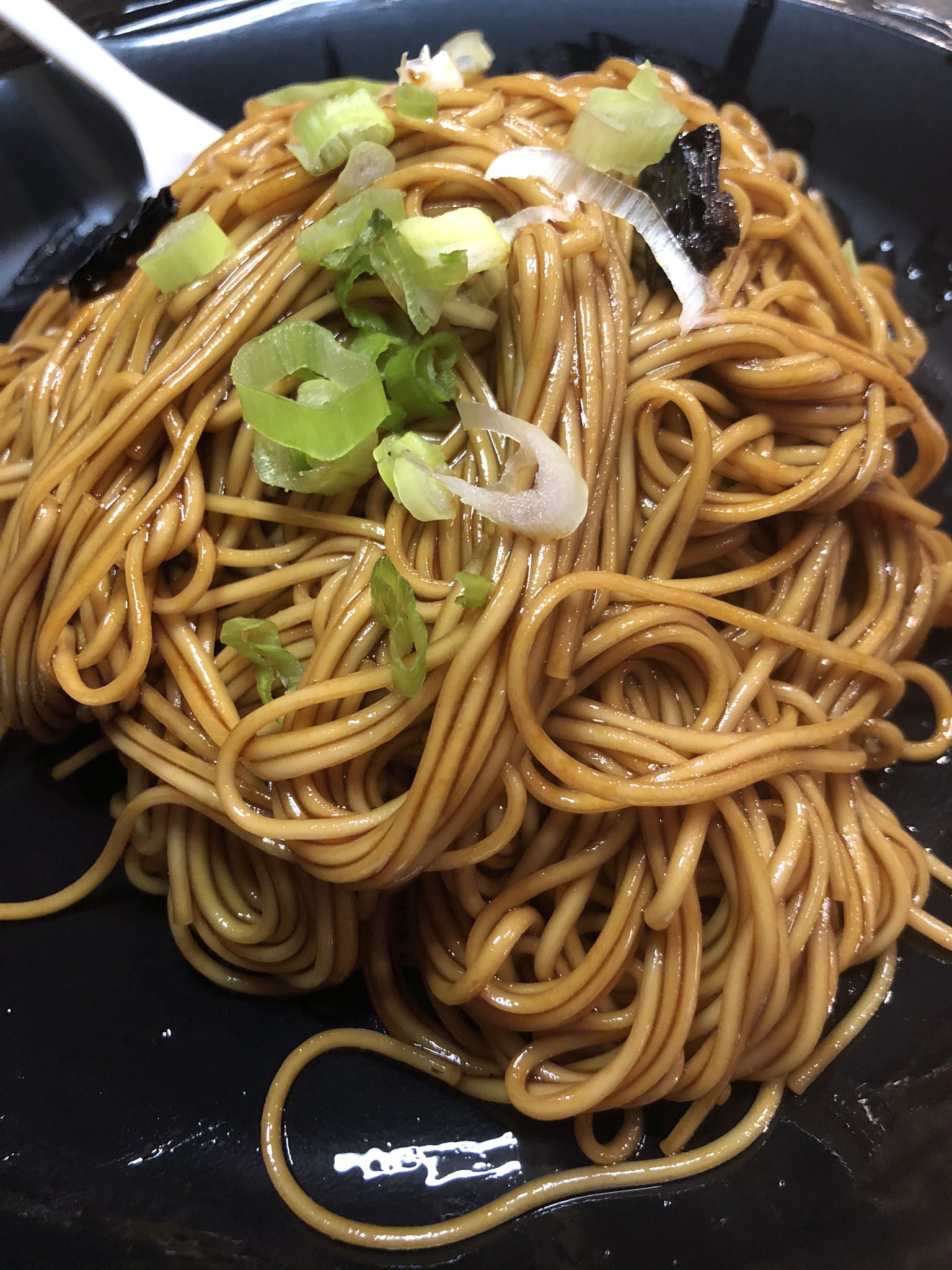 One of those mom and pop places struggling with reduced seating. Acclaim-worthy xiao long bao, noodles and spareribs were a hit from day one….the Covid hit. Now, the once-mobbed, spanking-new Shanghai Plaza is a shadow of its once-bustling self. All Chef Jimmy Li can do is hang on and hope.

Oodles of udon. Healthy bowls of Japanese goodness and super-foods like seaweed salad. If you’re looking for a tasty, economical lunch with wellness-giving properties, look no further.

We had one of our best meals ever here for lunch the other day. Small but mighty terrific Thai.

Other Notables — Where you should be eating now: 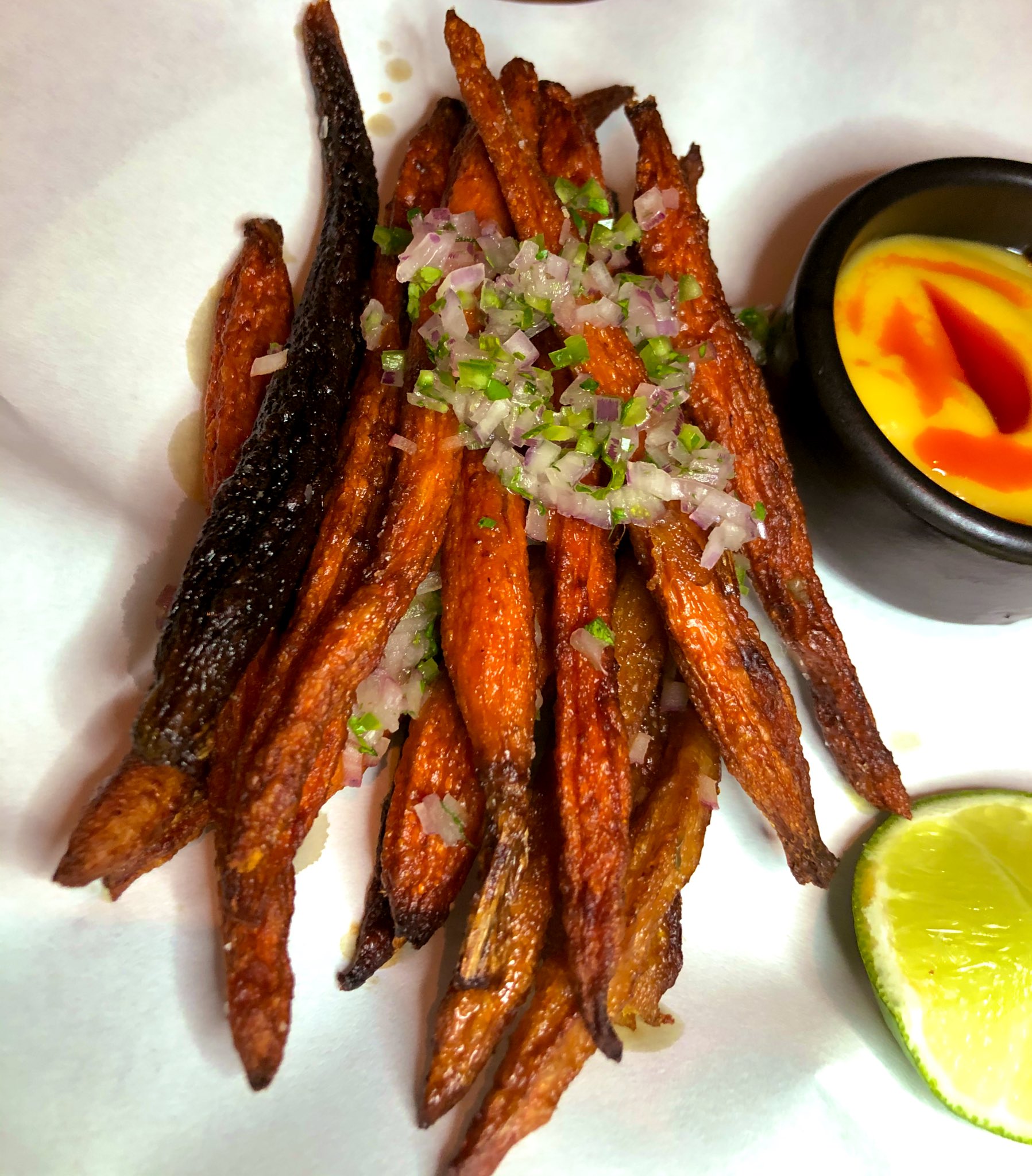 (Keep calm and carrot on at ELIO)