As near as we can tell, the whole “sushi burrito thing” started a few years ago. (Pardon us for not being more precise, but we give gimmicky food the same degree of attention we pay to another person’s hemorrhoids.)

The first one we ever ate was at a well-regarded Chinatown spot that featured them on a “special burrito menu.”  We ordered a couple for a table of three hungry guys. What came out could’ve fed five NFL linemen.

Each was thicker than your fist, half as long as your forearm: ….and packed with a jumble of ingredients that ended up all tasting like the same slop. They were impossible to bite into and a mess in the mouth, not to mention the table.

“Absolute shit,” we thought to ourselves. “Who in the fuck likes these?”

Everyone, it turns out. People can’t get enough of these alimentary abortions. There are even entire blogs devoted to them.

No, you don’t. You just like the fact that it’s cheap and filling. And the fact that someone had enough sense to smother all of that shit with enough sauce to make you think you’re getting something “tasty.”

“Have you tried the ones at Hung Far Too Lo’s MexiCal Sushi Shop, Massage Den and Burrito Factory? They’re really good!”

“I make a good one,” insists the owner of Pablo’s Foo King Fish and Taco Parlor.

No, you don’t. You’re just re-packaging shitty fish and cut-rate proteins by surrounding them with a ton of cheap-ass rice, cheap-ass rice paper, or cheap-ass seaweed.

And what do you get inside all that cheap-ass starch? 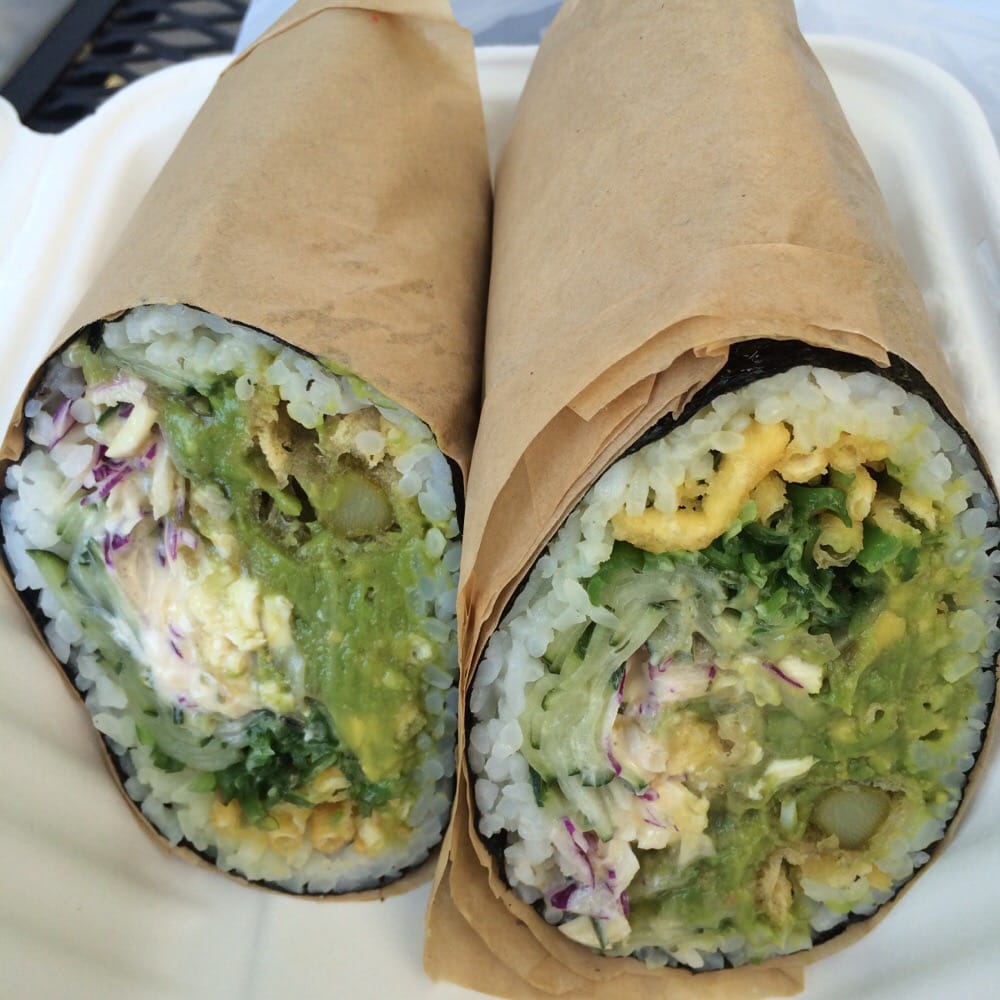 Do you know why you say that? Because you’re a fucking idiot. A brain-dead eating slut who goes wherever some fucked up eating fashion tells you to go. Or a Yelp whore who just wants to be filled up with crap while thinking it’s somehow cool or (god forbid) good for you. Because, you know, sushi is healthy and shit.

In many ways, sushi burritos are the ultimate American food: an amalgam of excess rolled in a marketing device.

Sushi burritos are indefensible as a foodstuff. And you’re an asshole if you eat one.

8 thoughts on “Sushi Burritos Are a Bad Joke”