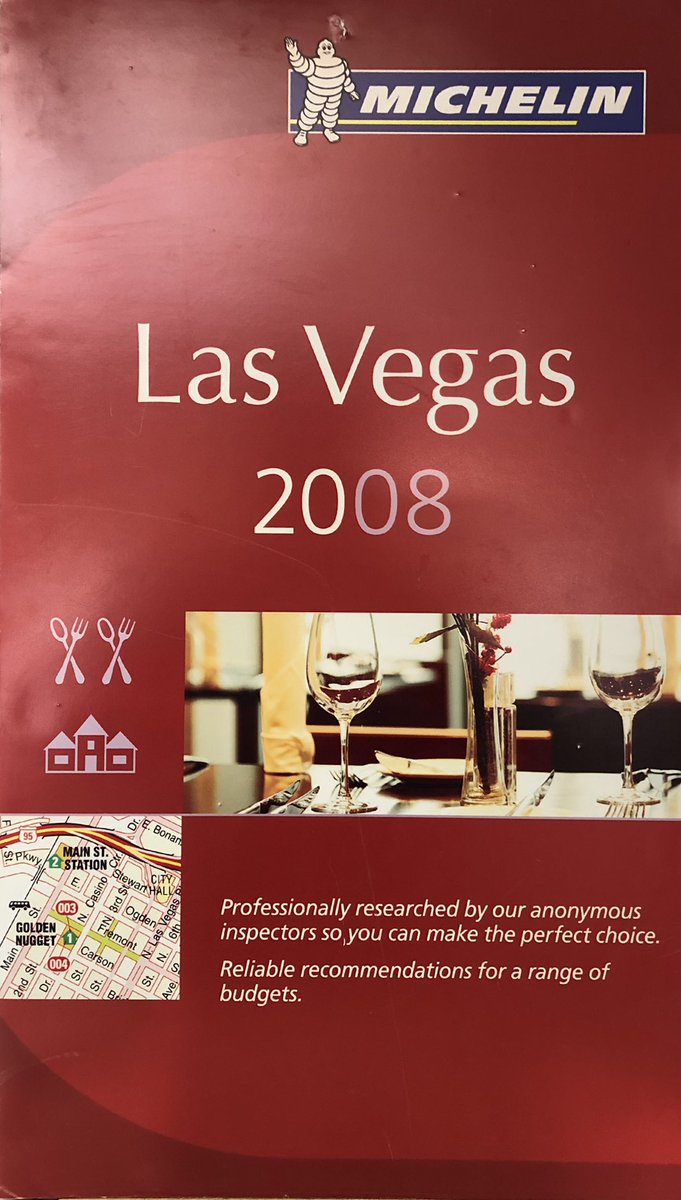 Remember 2008? How proud we were that the Michelin Guide had come to Las Vegas to rate our restaurants?

Remember how much legitimacy it brought?

Do you recall how disappointed everyone was when it decided not to return after the 2009 guide?

Do you know that, to this day, Las Vegas restaurants still trumpet their Michelin stars even though the accolades are a decade old?

Even today, does any guide in the world bestow more credibility on a city’s food scene? Even though it’s a worthless piece of public relations?

The answers are yes and yes.

The fact is, Michelin’s clout may have been real in the past (although we’ll argue some of the points below), but you can now toss its good name straight out the window.

The cat is out of the bag.

The Michelin Guide is now in the business of promoting restaurants, not objectively rating them. Far from being a scrupulous, trustworthy consumer guide, it has now been exposed as nothing but an instrument of advertising. 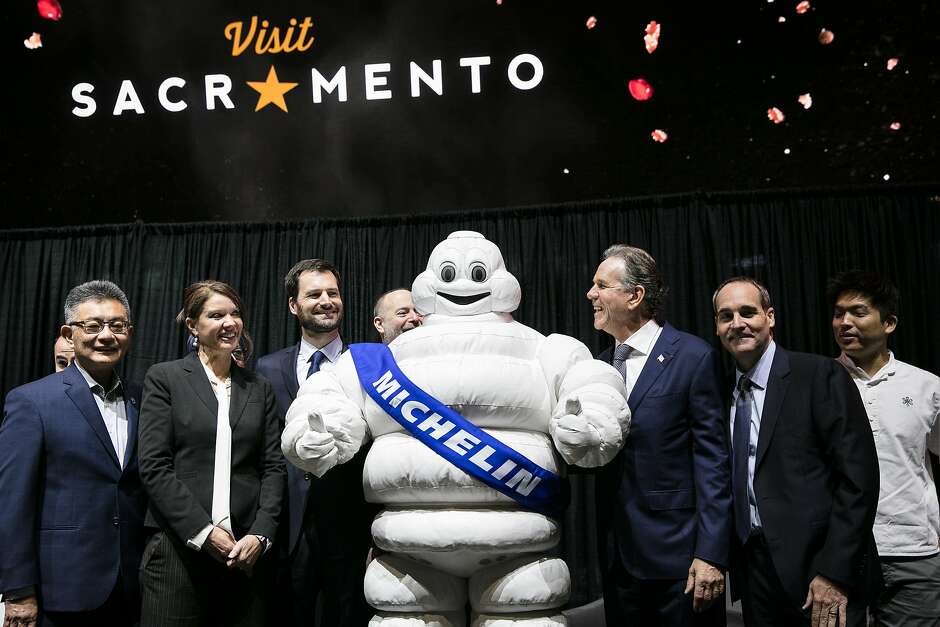 (Because when we think “great restaurants,” we’re thinking Sacramento)

Here’s how it works: a tourist board (much like Las Vegas’s LVCVA) decides that it wants to promote/advertise its restaurants. (This works better for places like San Francisco than it does for Fresno.) As a taxpayer-funded promotional arm of the community, it is charged with bringing as many tourists as possible to town (or a state) to increase the coffers of the community and its local businesses — like restaurants.

And when you have the most famous guidebook selling its services, what better way to increase those businesses coffers than by applying the ….er….uh….I mean Michelin stars to as many of your restaurants as possible?

Which is just what the state of California has done. It is paying for Michelin to come and “review” its restaurants, and include them in a published guidebook, so that more tourists will come to California and want to go to those restaurants. In California. The entire state. Which will now have its own guidebook, paid for by the state, “recommending” its restaurants to unsuspecting tourists who will think it was “professionally researched” by a company without any skin in the game.

In taking the money, Michelin has, in one fell swoop, defenestrated its credibility, and lifted its skirt faster than a forty buck hooker.

In coming to light, these meretricious machinations confirm what I have long suspected: the Michelin Guides in America are a farce. A bought-and-paid-for scam trading on an outdated reputation to make money by duping restaurant consumers.

Gerry Dawes — Spanish food expert, guide, raconteur, writer, etc., (and a fellow so curmudgeonly he makes me look like Dora the Explorer) —  had these insights that are worth considering the next time you hear someone brag about their Michelin stars:

Why do you think restaurants in Japan were suddenly given a surfeit of rosettes? Because Doughboy (aka Bibendum) wants to sell tires to Japanese car manufacturers! In Spain, France’s next door neighbor, who competes with them for gastro-tourism Euros, Michelin gives a miserable number of rosettes, about a fifth of what France has. I have proposed a boycott of Michelin tires in Spain unless the Guide gives out a significant number of rosettes to really reflect the quality of restaurants in Spain. Spain should make Michelin decide what they really want, to sell paper (the Guide) or rubber.

John Mariani (a man who knows a thing or two about restaurant criticism), was more succinct when I asked him about Michelin guides: “It’s a sham these days.” 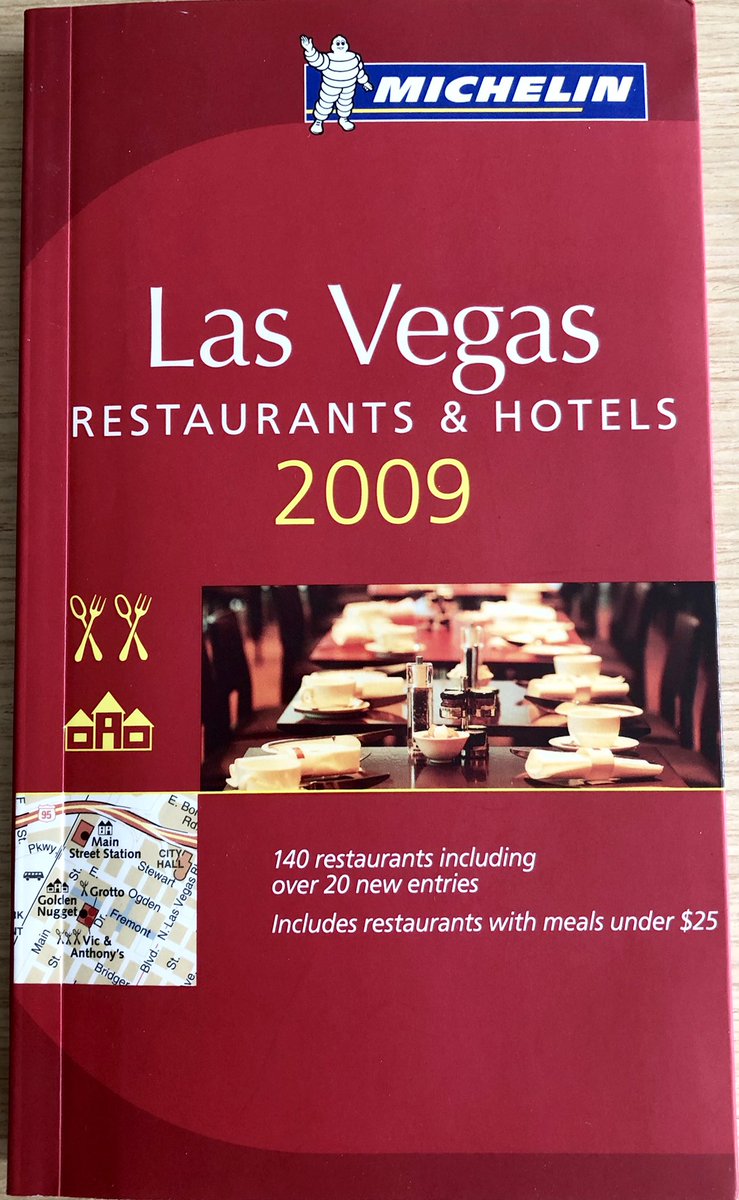 And it probably was in 2008-2009 as well. I never bought for one second the Michelin claim that a “team of inspectors” descended on Las Vegas for a year visiting restaurants multiple times in order to objectively rate them. If you read the atrociously-written guide, you see that the prose comes straight from press releases, and the “top restaurants” are little more than a compendium of well-known addresses that were as easy to research in 2007 as they are today. More likely, Michelin sent a couple of people here to scout around for a few weeks, dine in a dozen or so heavy hitters (Robuchon, Restaurant Guy Savoy, Spago….) and then handed out stars based upon reputation.

Those food historians/nerds out there may recall that for decades (from the 1920s onward), Michelin standards, methodology and anonymity were legendary. Restaurants had to be visited multiple times by multiple inspectors, results were tabulated independently, and the scores were poured over meticulously before a coveted star (really a rosette) was awarded.

Does anyone believe that Michelin paid for multiple inspectors to go multiple times to Joël Robuchon (much less Yellowtail), before deciding how many stars to bestow upon it?

Now that the California tourism board is paying for the guide to “review” its restaurants (throughout the entire state, I might add), just how thorough do you think they’re going to be?

More likely, Michelin will do there what it did here: survey the landscape, find who the big players are, and “rate them” according to hearsay.

On the plus side, the scales can now fall from your eyes and you should see the whole Michelin star-thing as the advertising gimmick it is. Especially in America.

What’s going on in Europe is anyone’s guess, but there’s no doubt that in France, where the whole thing started, the stars remain coveted and more accurate. I’ve found the guide reliable in Germany, Switzerland and northern Italy as well, although as I’ve become a more experienced diner over the past 30 years, its failings are more noticeable, and the nuances between a 2 or 3-star rating are hardly discernible to anyone but a supercilious Frenchman.

So, I respect Michelin (at least in Europe), even though I can recognize the monster it created, and how it ended up killing the thing it loved. As the late, great A. A. Gill put it:

The Michelin guide made kitchens as competitive as football teams, becoming the most successful and prestigious guidebook in the world, and along the way it killed the very thing it had set out to commend. It wasn’t the only assassin of the greatest national food ever conceived, but it’s not hyperbole to say Michelin was French haute cuisine’s Brutus.

The Michelin guide also created a new type of customer, the foodie trainspotter, people who aren’t out for a good meal with friends but want to tick a cultural box and have bragging rights on some rare effete spirit.* Michelin-starred restaurants began to look and taste the same: the service would be cloying and oleaginous, the menus vast and clotted with verbiage. The room would be hushed, the atmosphere religious. The food would be complicated beyond appetite. And it would all be ridiculously expensive. So, Michelin spawned restaurants that were based on no regional heritage or ingredient but grew out of cooks’ abused vanity, insecurity, and fawning hunger for compliments. 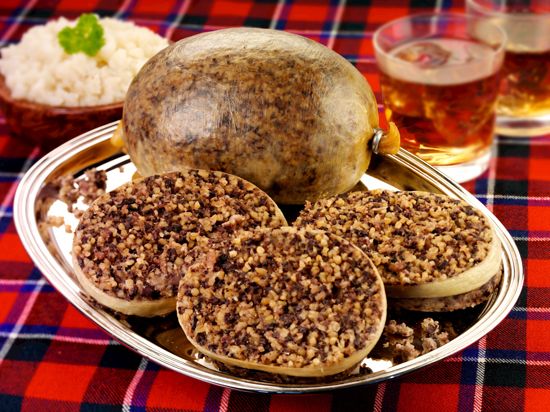 Nothing I write can match the verbal gesticulations of a picky Brit, but Gill nails it. The “stars” are all about insecurity (the chef’s and the diner’s), and the whole enterprise has become bloated as month-old haggis (above)…and even less tasty.

Michelin is ridiculous. A joke. Unmitigated bullshit. Let’s face it: it always was. San Francisco had one 3-star destination in 2006 (French Laundry, not even in ‘Frisco), now it has eight. Tokyo has dozens of starred restaurants, even though some of them only have four seats. With grade inflation like this, Swan Oyster Depot (below) will be garnering les etoiles in no time. 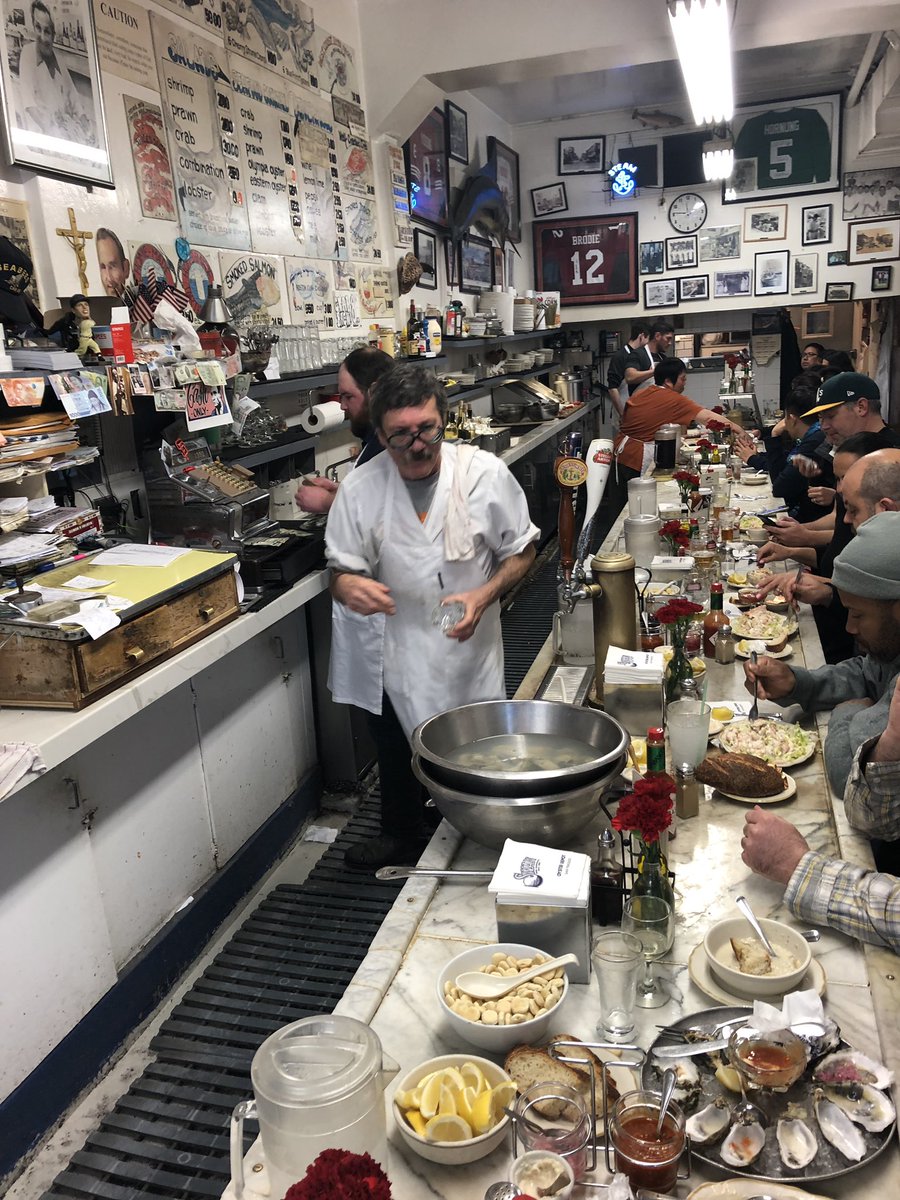 (2 stars for food and 1 for ambiance!)
* No doubt referring to every “50 Best” fashion victim out there.