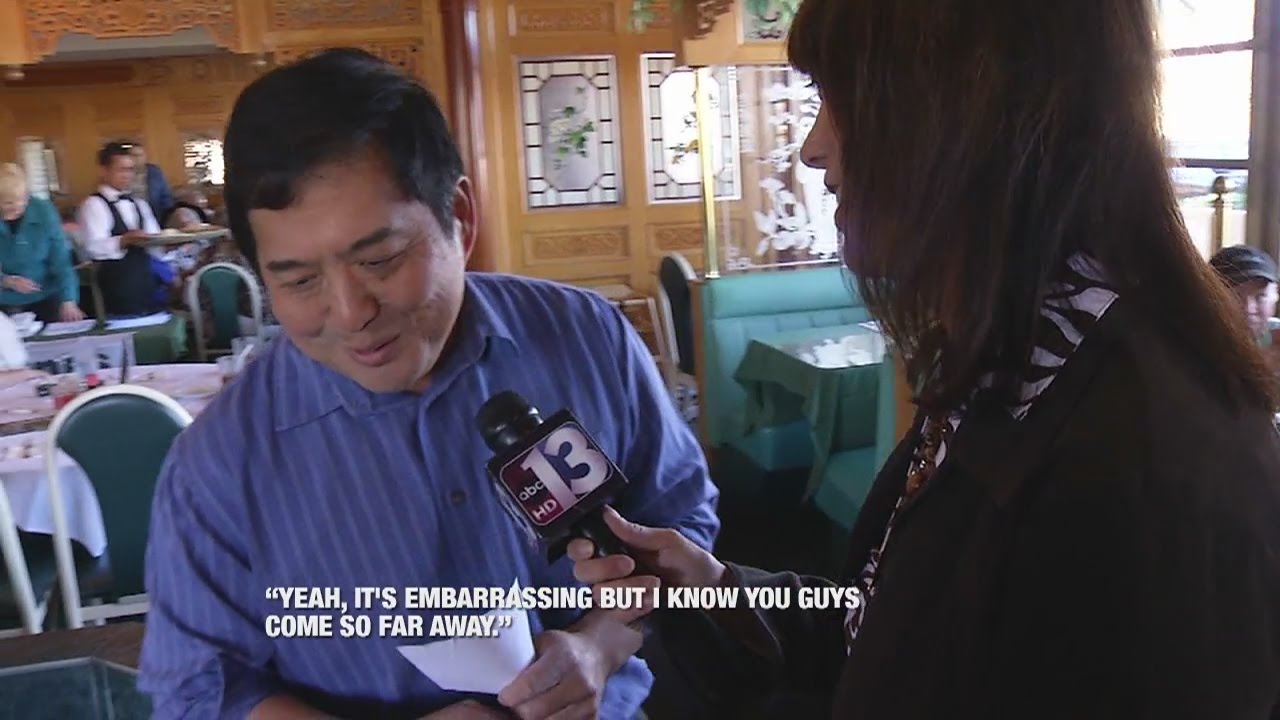 People love to be grossed out. People also love to think that dark-skinned and strange-talking mom-and-pop restaurateurs are the only ones doing the grossing-out.

For those who live in fear of being served the unspeakable by the unsanitary, KNTV’s Darcy Spears and her weekly “Dirty Dining” feature are there to exploit those fears in the form of lazy racism disguised as consumer reporting.

It doesn’t take a sociologist to decipher what Spears and her shameless producers are up to. “Worms at Tacos El Gordo” the headline announces. “Roaches at Thai Street Cafe!” “Rat Droppings at Honey Pig!” “Raw Meat Issues at Korean Garden!” A quick look at the KNTV Home Page demonstrates that this “investigative reporter” makes a living from reading Southern Nevada Health District reports and then trolling Asian and Mexican restaurants in hopes of ambushing and embarrassing them.

More often than not that person is an Asian- or Mexican-American who looks like a deer caught in the headlights when Spears shows up at their front door.

“You know you have to be clean even when you’re really busy?” she asks with all the hard hitting chops of a weather girl wannabe.

Because of course, she proclaims with grave inflection, “…the onions themselves were not being washed.”

“That’s the head of a chicken…” she exclaims as if she didn’t know they ever had one. Then comes, “Tyler says they use them to cook broth,” her voice fading in quiet disbelief. Finally, dripping with false sincerity and classic intonations of self-seriousness, there’s: “…cut lettuce that was kept at room temperature.”  Quelle horreur!

She then proceeds to walk through the place, with the haughtiness of a third grade teacher, pointing out various things that she thinks need to be cleaned up.

It’s all pretty craven and embarrassing (for the restaurant, for the viewer and for her – even if she’s clueless), but where she and her station really show their innate bigotry is a few minutes later in the same report.

The last minute of the February 15th segment is devoted to a raw sewage spill in Applebee’s. Seems like a toilet backed up and Applebee’s employees were walking through human waste in the restaurant. What is notable about this “reporting” is what it does not contain. There’s no ambush, no interview, no attempt to contact Mr. Applebee to inquire about the company policy for having cooks and waitresses walking through human shit. No attempt to ask customers what they think. No manager in the headlights. Just a few shots of a soap-sudded floor and the statement that it was eventually cleaned up.

And we’re talking human feces here folks, not a small splatter of chicken blood on the side of a refrigerator.*

So Applebee’s gets a pass and a family pho parlor gets the third degree. So it goes every week with this whole enterprise — a segment that’s selling sensationalism and stereotypes, not news you can use. (I don’t recall her ambushing anyone at Firefly after it poisoned hundreds of patrons four years ago, or more recently when it hosted a cockroach convention.)

Aside from the casual mention that Appelbee’s got, the answer is bupkus. I could find no mention on the KNTV website of places like the California Hotel, Klondike Casino, or Emerald Island (all of whom, this year, received over 30 demerits from SNHD in its inspections). Even if Spears did call attention to these places, it’s dollars to doughnuts she didn’t show up on the hotel floor with her camera and a list of questions for the CEO.

No, she reserves that treatment for people who don’t push back. Look no further than the October, 13, 2016 report on Korean Garden BBQ. A raw onion sitting on a shelf appalls her. A food stain on stainless steel is cause for alarm.

“Not a sanitary condition to be defrosting meat,” she says like she knows anything about the subject. A few flies in the place (because the front door was open), also gives her much cause for faking some concern.

None of these are isolated incidents, all of them are business as usual when you’re in the business of harassing non-white people.

What Spears doesn’t tell you is that she is reading off preliminary health reports — most of which are followed up on within a matter of days to see if the operator has corrected the condition. Many, many restaurants get poor grades after random inspections. The Health District then follows up shortly thereafter to see if the corrections have been made. It is after THAT inspection that the restaurant gets a “final” grade.** Spears like to gloss over this fact by stating that she only goes after the places with the highest number of demerits — even when she knows they will soon be reevaluated with a second inspection. But, of course, that wouldn’t make good TV. Better by far to catch them with their pants down after that first score, play up all the disgusting things you can, and then casually mention at the end of the segment that the restaurant now has an “A.”

None of this would matter if there was any perspective being brought to bear. But in the Darcy Spears world, a dishtowel next to food is cause for the same alarm as expired spinach and cockroaches.

“Hopefully that knife tip didn’t come off in anyone’s food,” is said with a nervous giggle as she looks upon a stunted blade — just to give you something else to worry about.

Television “news” doesn’t get anymore craven than that. Not content with the information (and “gotcha” interview) she has at her disposal, she has to gin up another cause for alarm (all while pretending to be on the side of her subject), so you’ll keep paying attention.***

That’s where Dirty Dining really goes off the rails. Each segment elevates a bucket on the floor, or produce kept at an improper temperature, to the same sky-is-falling tragedy as rats in the rice bowl. Shaming the little guy is her mission statement, not educating the public.

There’s a public service to be offered here, but it’s too easy to pick the low hanging fruit and choose to intimidate our hard-working immigrant population and call it a day. The entire segment ought to be renamed “Fear and Loathing of Foreign Food.”

* Spears is all over the guy at Thai Pepper about his overflowing toilet.

** No grades are ever “final,” the SNHD tells me; they always quickly reevaluate a place if they have a significant number of demerits. The grade you see see on the SNHD website is the one given after a follow-up inspection.

*** Which is why some people (and fans of certain restaurants) are starting to (literally) push back.

8 thoughts on “The Dirt on Dirty Dining”