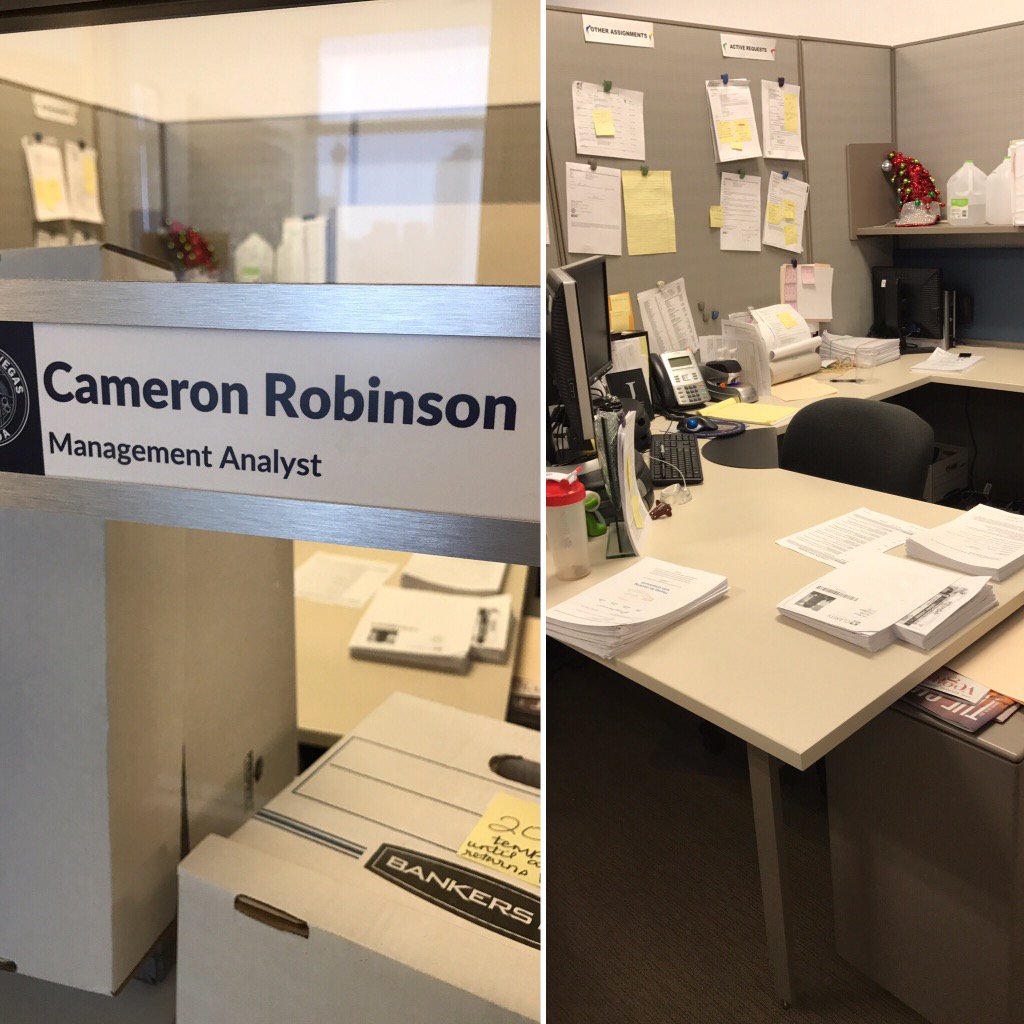 ELV note: There will be no food reviews or pithy commentary this week. Below are two posts about the recent Las Vegas massacre, one from me and one from my son, Hugh Alexander Curtas. My thoughts are more about a co-worker who was murdered; my son’s is a more measured, political/philosophical take on the tragedy. I hope you take the time to read them both and pass this on to others who might be interested.

Five minutes after my wife and I drove past Mandalay Bay Hotel and Casino two nights ago, the worst mass murder in modern American history took place. If the windows had been down in our car, we probably would’ve heard the gun shots. As it was, we drove home from the airport and went to bed, oblivious to what had occurred behind us. The next morning, as I was walking to work, my secretary texted me that Cameron Robinson, a management analyst in the City Attorneys office, had been killed. Cameron was shot in the neck, right beside his partner, as they were watching the concert. Bleeding profusely and screaming for help, somehow he was gotten to an ambulance, but it was too late. He died on the way to the hospital.

Cameron was only twenty-eight, but he looked like he was sixteen. He was short, fit, and funny, and worried about his weight even though I don’t think he weighed 120 pounds soaking wet. He had a sly, shy sense of humor, and needless to say, everyone in the office loved him. I didn’t know him as well as most, but his office was right across from mine, and I could see him in there everyday, diligently working away, or, when he wasn’t doing that, keeping the secretaries in stitches. I used to steal M&Ms from him all the time, and he pretended not to notice. Once or twice I brought him something sweet as a partial payback, but my side of the candy ledger was always permanently in the red.

There is nothing that can be done for Cameron Robinson. He was killed by a demented maniac utilizing weapons designed solely for the purpose of killing human beings. That these weapons are legal and (barely) regulated is to the everlasting shame of the American body politic. I won’t go on a polemic about guns or gun control (although I could), except to say that, in my lifetime, the idiotic, psycho-sexual attraction to firearms has trumped common sense at every turn when it comes to regulating what is, in essence, the most dangerous consumer product of them all.

None of this matters to Cameron. He died bleeding and screaming in an ambulance — shot by a spray of automatic weapons fire from hundreds of yards away — a sweet, generous, hard-working young man who was just beginning to grow into himself. Just last week I thought I should bring him in a huge bag of M&Ms after Halloween, just to balance the books. Thanks to American gun laws, this is one debt I will never have to repay. – John Curtas

I went to bed Sunday thinking two people had been shot in my hometown of Las Vegas, Nevada. I didn’t give it much thought – active shooter situations are an almost daily occurrence in the U.S. In fact, 273 people have been killed in mass shootings in the U.S. in just the past 280 days, according to the Gun Violence Archive.

I woke up yesterday to the aftermath of the unthinkable. As I write, almost 60 souls are known to have perished, with an almost inconceivable 515 additional people wounded. My city was massacred.

I feel an excruciating sadness for the murdered. Friends-of-friends and acquaintances are among the dead – living, breathing human beings who will never again have an aspiration or a dream and will never again know the beauty and love of this world. My city is hung heavy with a pain it has never known.

Make no mistake: This tragedy is the fault of the cowardly, ignoble excuse for a human being that pulled the triggers of those automatic weapons just as much as it is the fault of craven politicians and their gun-lobby overlords who have created the circumstances for a society that devalues human life by allowing weapons of mass destruction to be bought and sold with almost no regulation whatsoever.

I’m a liberal, but I have no problem with guns. I was born and raised in the West. I respect that our Constitution provides an established legal right to own firearms. No person, politician, or organization will ever strip American citizens of the right to own guns – to think otherwise is rank ignorance. No one is coming for your guns.

My problem is ultra-extended magazines, easy access to automatic weapons, lax oversight of the gun industry, spineless politicians, and a refusal to acknowledge gun violence as a scourge on our citizenry that could be greatly reduced with modest legal alterations.

No one wants innocent people to die, but when you stand in the way of protections for innocent Americans, the blood drips from your hands. We’re in this situation because of a large-scale, ultra-moneyed, decades-long lobbying effort by well-connected gun advocates (the NRA and their paid-for politicians). Their efforts have been strategic and effective and have stymied progress on gun violence prevention at every turn. Mass shootings are now an American pastime.

Guns are tools. Without human intervention, they are harmless. But, in the same way the agency of the murderer turns an inanimate object into a killing machine, the methodical strategy of gun violence proponents prioritizing unlimited ownership of weapons and ammunition over the safety of our citizenry turns them from ambivalent bystanders into accomplices in these horrible crimes.

It’s our government’s job to protect its citizens from danger and harm. Yes, there is room for debate about the efficacy of mental health services and how poverty and lack of opportunity makes normal people do insane things – violence is a complex issue with many intervening factors. But the paramount factor is our easy access to weapons of war. Vegas’ dead would still be alive if that lunatic couldn’t access multiple automatic weapons and unlimited ammunition. This massacre was preventable.

We must mourn and move on. But we must not let the darkness of cowardice and violence perpetuated by gunmen and well-connected lobbyists alike dissuade us from the hard road of modest public safety protections. Don’t pray, make policy change. – Hugh Alexander Curtas

15 thoughts on ““Thoughts and Prayers,” Hashtags and Hand-Wringing Aren’t Enough”