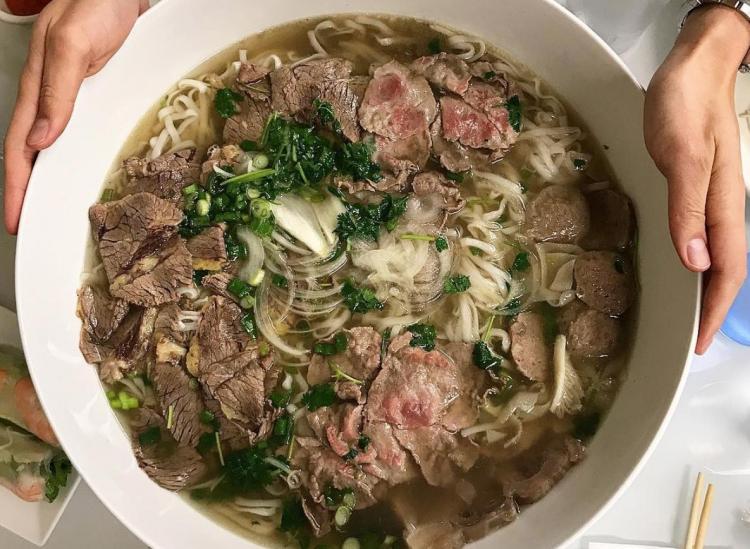 Here comes my annual “Piss the Asian Eater Crowd Off” post, so buckle up and hang on.

I don’t like pho. I eat it once in a while, but I can’t say it has ever impressed me.

I have eaten dozens of bowls of pho in my lifetime in dozens of Vietnamese restaurants, stretching from Garden Grove, California to New York City. If there’s a scintilla of difference between this pho and that pho, I’ve yet to decipher it.

Aside from filling you up, there is precious little to recommend about pho.

Maybe I just don’t get pho. And if by “don’t get” you mean I can’t get on board with a bland noodle soup, then guilty as charged.

Japanese soups are more substantial; Nipponese noodles are more interesting. Thai soups are spicier and more mysterious, and Korean soups are far more complex, so just what is it, pilgrim, that drives you to a bowl of pho?

I’ll tell you what drives you there: price. Pho is cheap. So cheap they can serve it by the gallon. It’s also filling. Two pounds of noodles for $6.95 will fill anyone up. Face it: any foodstuff that can be served in buckets ain’t that special.

Pho, for the most part, is just boring. The broth is never anything to write home about, and the pounds of cheap, flavorless, flabby rice starch noodles (banh pho) they serve with it bring nothing to the party, either. The only thing that makes pho interesting is the forest of fresh herbs they bring to your table. In other words, you’re served insipid broth and limp noodles and you’re supposed to season it yourself! WHAT FUN!

Pho is the most grandma-friendly of all Asian dishes. It’s what you serve to those who find kung pao chicken too exotic. It’s entry-level Asian for wimps.

The only pho I’ve ever liked is at Le Pho — because the broth has guts. And his meat is better than the suspect cuts a lot of pho parlors sling at you. But the noodles, there and everywhere, are entirely forgettable.

And don’t get me started on whatever it is they call this stuff (that always seems to find its way to my bowl of pho): 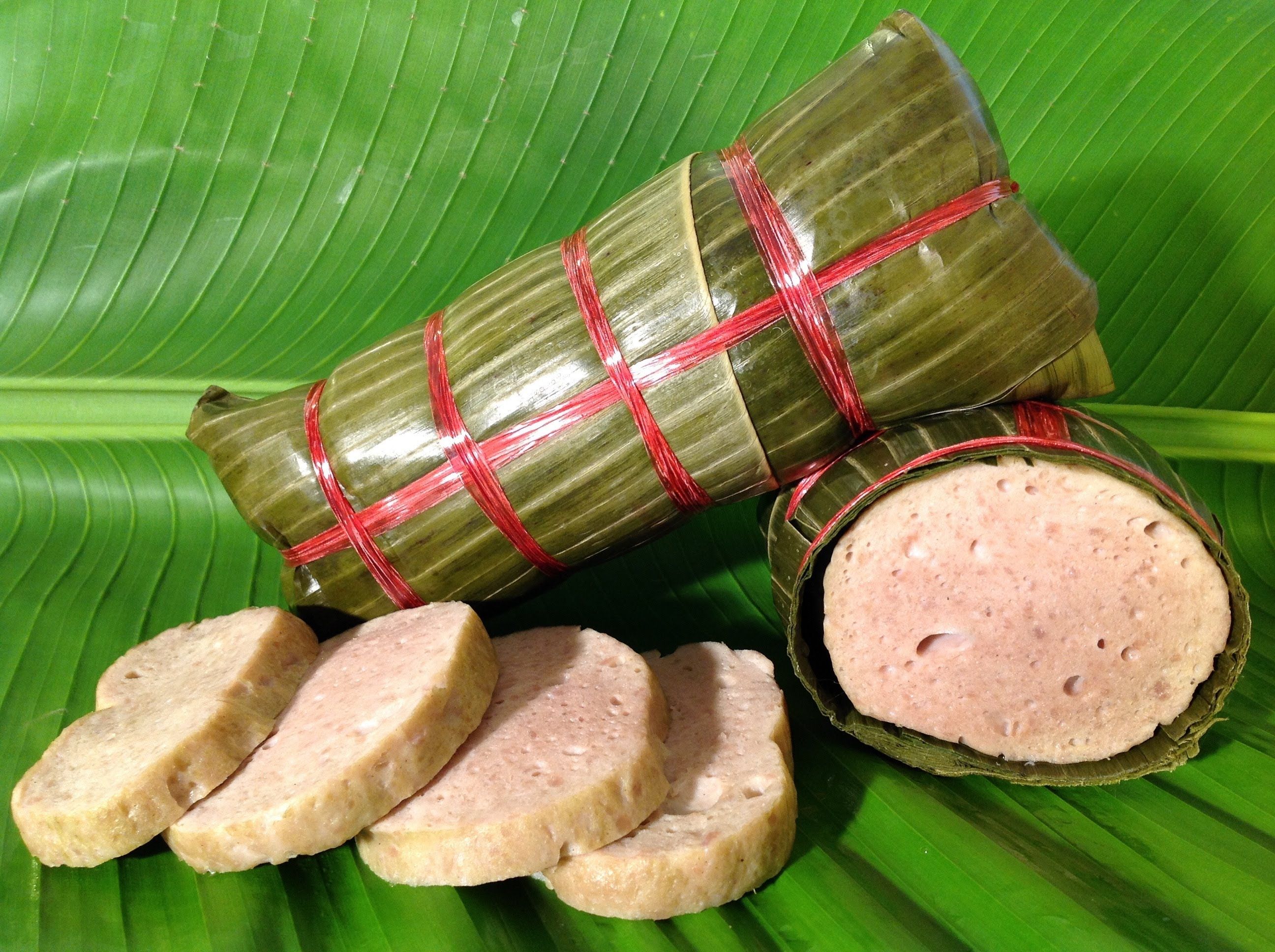 So can we nip this pho obsession shit in the bud right now?

I fear pho is about to cross the Ramen Line, and suddenly be the soup du jour among the Instagram crowd. But it doesn’t deserve it.

It doesn’t deserve it anymore than your mother’s chicken noodle soup deserves it.

And spare me the whole “it’s part of their cultural heritage” claim, as these ginormous bowls of blandness didn’t become popular until around a hundred years ago. An argument can be made that pho is really French. Sacré blue!

Here’s my suggestion for pho eating:

If you’ve got a head cold, eat pho.

If you enjoy eating soup by the gallon, eat pho.

If eating flavorless broth is part of your culture (Vietnamese, Jews, Mormons, Iowans) by all means eat a lot of pho.

If you have no teeth, eat pho. (without the eighteen cuts of beef)

For the rest of you, I suggest trying savory soups of substance: 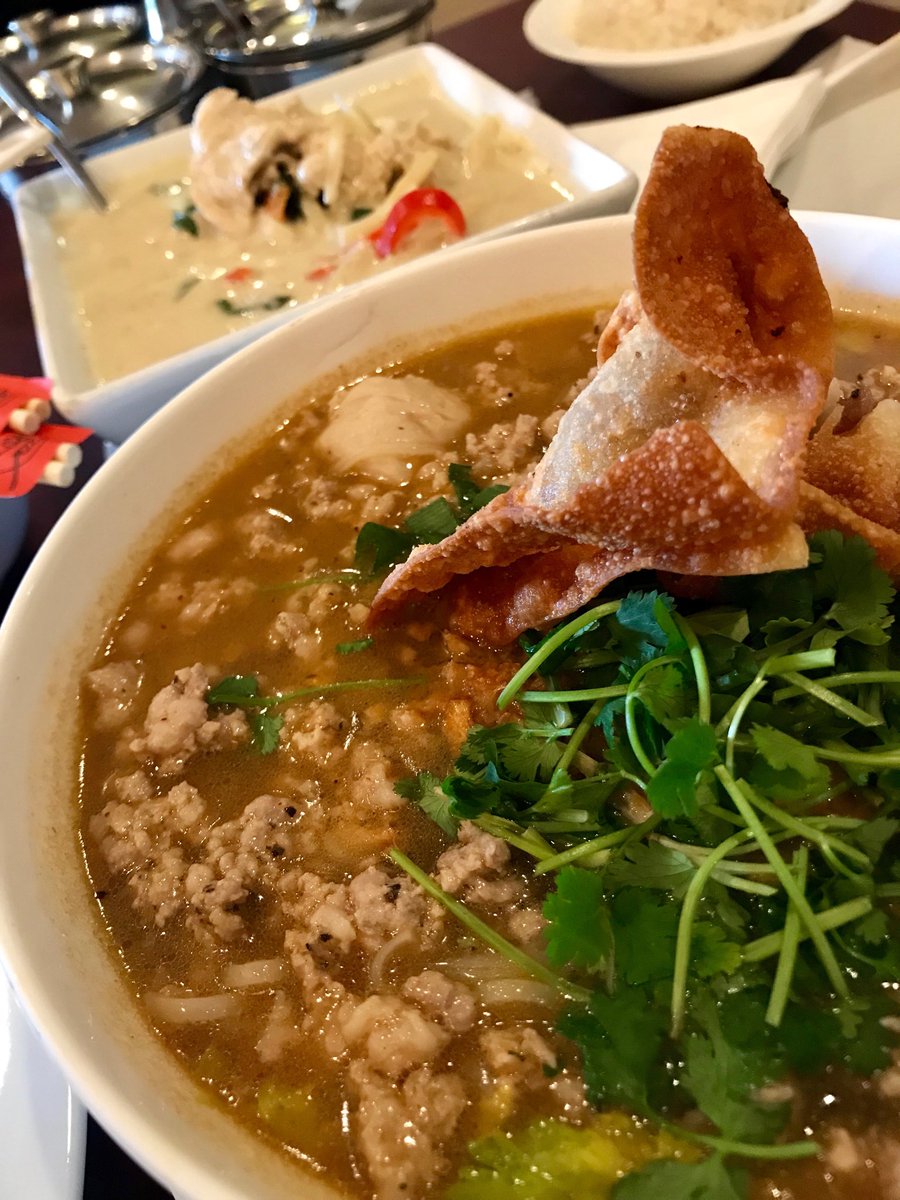 But if oddly firm, funnily flavored meatballs float your boat: 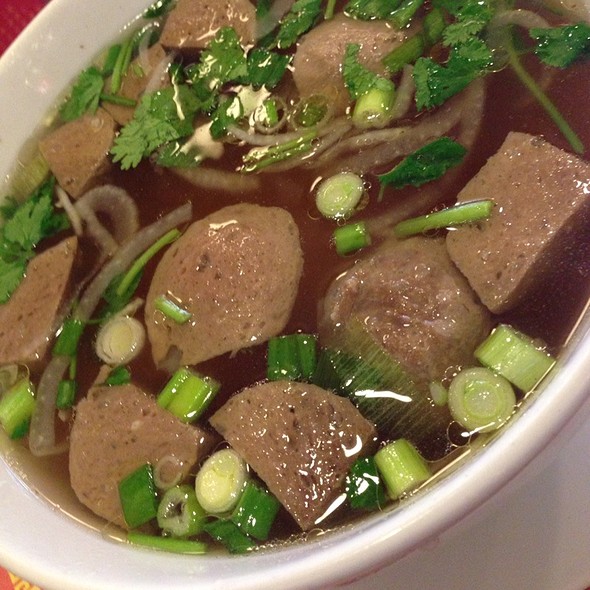 As for me, I’ll continue diving into the food of Vietnam (which I love, especially the broken rice dishes), and consign this so-so noodle soup to the oblivion to which it belongs.

Hope to see you at Le Pho, or District One sometime soon…just not behind a fatuous fount of f*cking pho. 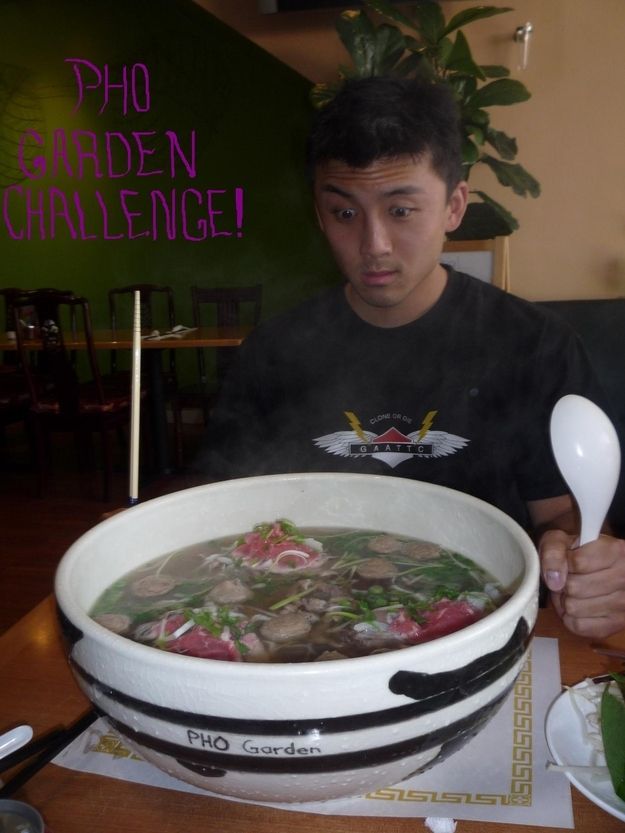 In case you haven’t noticed, there is a new Asiatown in town, and it’s located at the intersection of Robindale and Rainbow in the southwest part of the county.

What started with Soyo Barstaurant five years ago has blossomed into a stretch of road with a number of yummy joints serving all sorts of authentic Asian eats. Here you can find an offshoot of Japanese Curry Zen, as well as The Noodle Man just up the street, along with the newly opened Goong Korean BBQ — in the same shopping center as Omoide Noodles & Bowls (pictured above). Just down the street, there’s Pho Annie — tucked inside a strip mall and all but invisible from the street — a joint serving the best classic Vietnamese fare we’ve ever tasted in Vegas….and we’ve tasted them all.

END_OF_DOCUMENT_TOKEN_TO_BE_REPLACED

Eating Las Vegas has often wondered whether Vietnamese food in America is the ultimate revenge for that little dust-up we caused there in the 60s. They could never hope to outgun us, the thinking goes, so the expats figured they’d bore us to death with their cuisine.