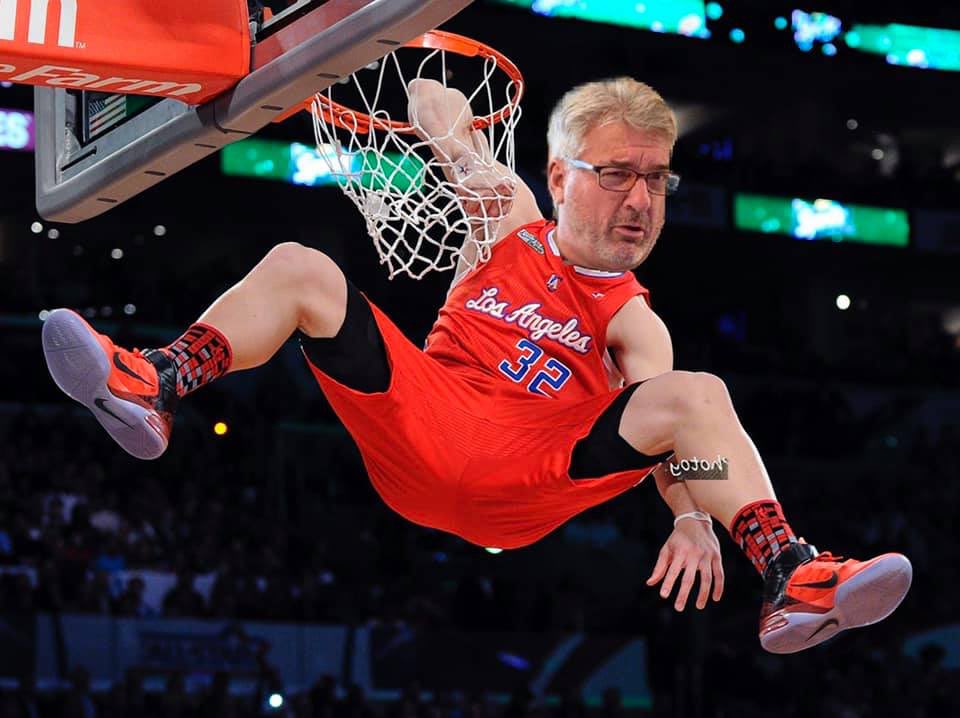 Sick of “Best Of” lists?

Had it with holiday hype?

Then Being John Curtas has a refreshing intermezzo for you….

Sorry if these ruffle a few feathers, but since real food writing is fast becoming non-existent in Las Vegas, we thought we’d supply you with some information that flies against the all the bought-and-paid-for drivel.

For the record, none of these meals was truly terrible; all of them are good restaurants; most diners would enjoy them without batting an eye. But each fed me one or two or three things that had me shaking my head throughout the meal, and grumbling to myself that there was no reason to return.

In a small way this breaks my heart. In my world, I want every meal to be transforming, life-affirming, jaw-dropping, and transcendent. I’m rooting for the restaurant every time I walk through the door. Leaving a restaurant mumbling about a dish puts me in a bad mood for hours, sometimes days. The Food Gal has been known to consult everyone from therapists to divorce lawyers whenever darkness descends upon my countenance after a dining disaster.

And sad to say, it only takes one misfire to sometimes ruin an entire meal for me. Especially in a place I know and love.

In fact, the way I feel about my favorite restaurants is a lot like love…or at least lust. As with the latter, sometimes it doesn’t take much to cool your ardor. With sex, the line between “I want to kiss you all over” to “Ewww” can be pretty thin. With food, all it takes is a pseudo-Caesar with some caperberries in it. 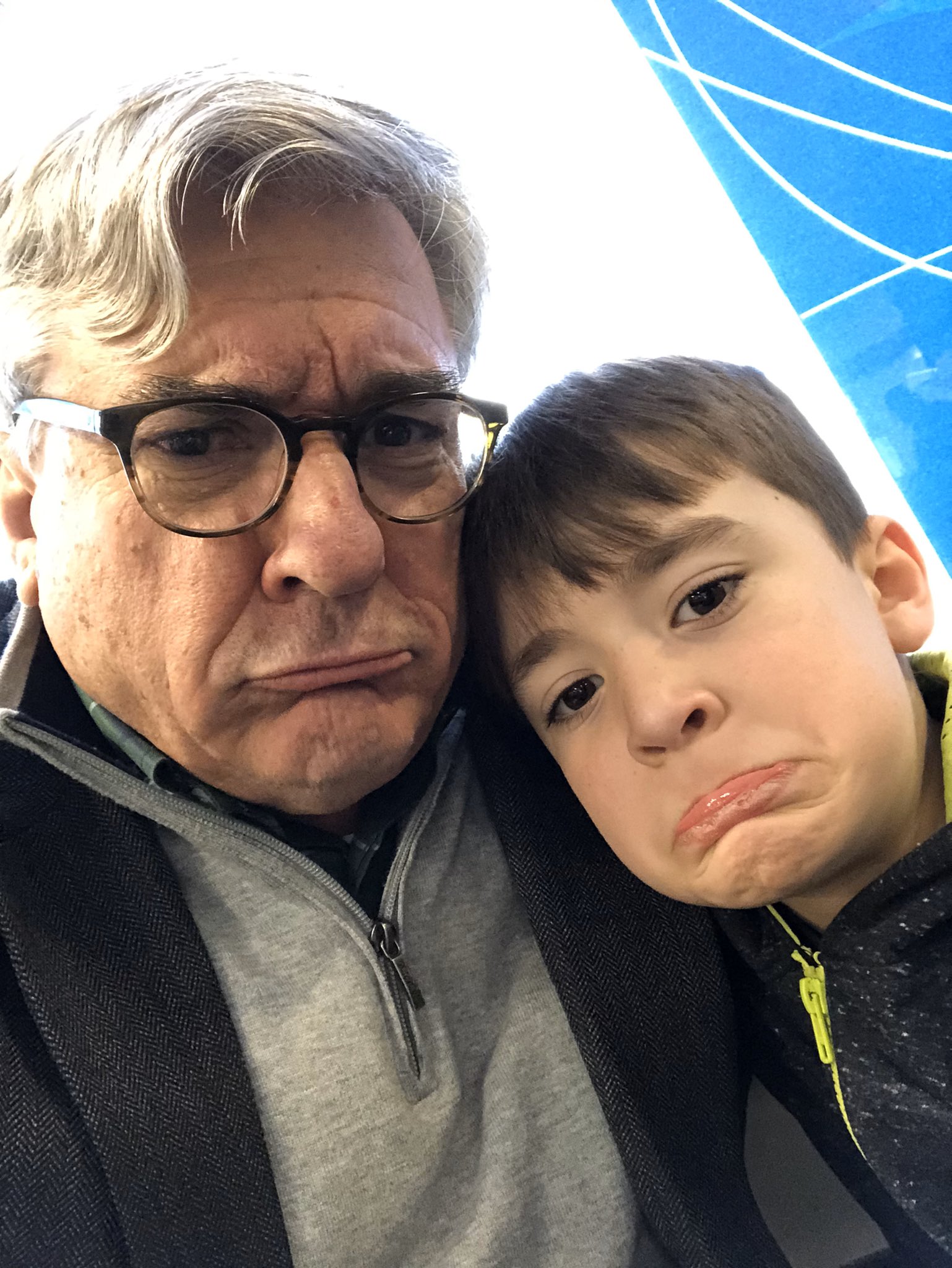 I had a pretty good steak dinner here. Two of them, actually. But I couldn’t see what I was eating. At these prices, you ought to be able to see what you’re paying for.

We so wanted to love this place. I so wanted to be able to crow to my Jewish friends how I’m now “keeping Kosher” (at least for one or two meals a year) and actually admit to enjoying it. But the tough meat (at a place that brags about its smoking skills) was a sin that Yahweh himself could not forgive.

Calm down. Don’t get your panties in a bunch. My two lunches here this year were perfectly fine. But as game-changing as CK has been, it hasn’t followed its success with anything further on the local scene. Instead, it’s being used as a flagship for expansion in other cities. Bravo for them, but the menu and the concept here has gotten stale. There, I said it. 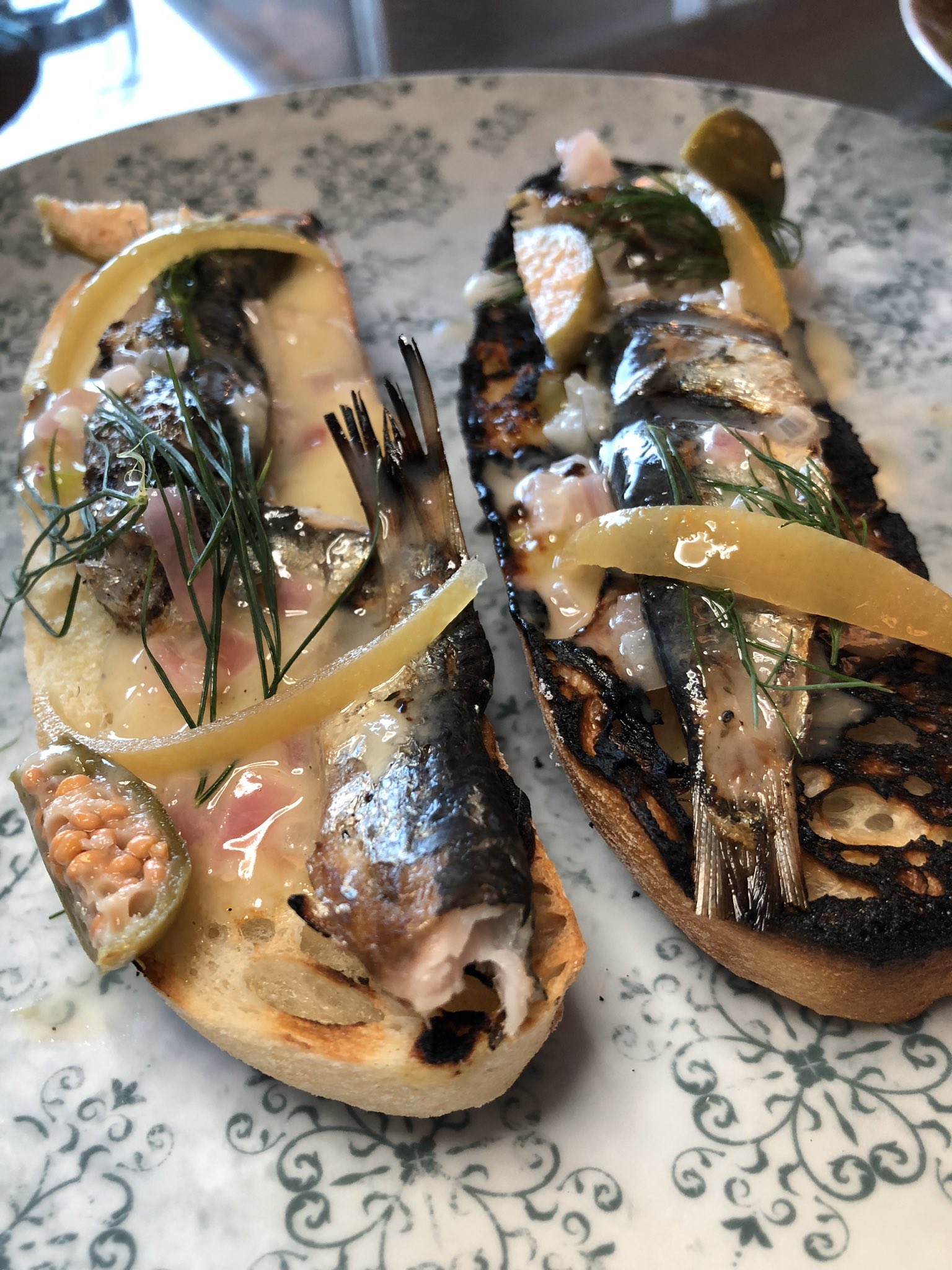 People love La Strega, so who am I to argue? Well, I’m me, and for what that’s worth: the apps were more than a little disappointing (I almost broke a tooth on some stale, toasted baguette, the tartare tasted like hospital food, the Caesar has caperberries in it). Pizzas and pastas can impress though (if you go for overload, subtlety isn’t in this kitchen’s vocabulary), but the feeling I got on my two trips here was that La Strega is that all-too-common creature: a restaurant where everything sounds better than it tastes. The menu might be fine for restaurant-starved Summerliners, but at its core, it is safe and boring…which is just what its customers want.

Locale amused us more than La Strega, but is still flawed in fundamental, incurable ways. The menu is too big and actually the inverse of La Strega’s — too hip for the room, too complicated, trying too hard to separate itself from the pack. If it were downtown (or playing to a black-belt foodie audience) it would give Esther’s a run for its money. Out in the sticks, its prospects for success are questionable. The old saw: “You can lead a horse to water but you can’t make it drink,” ought to be rephrased here into: You can lead Las Vegas to interesting Italian food, but they’ll still want chicken parm.

What once seemed fascinating (kachapurri, Bulgarian mixed grill, pelmini, Stroganoff fries, etc.) tasted tired and rehashed. The verve of the room, the brightness of the recipes, snappiness of the staff, all had disappeared. It didn’t help that they served us one corked wine, and another at a nice, warm bath-like 80 degrees. I think I liked this place better when it was filled with Russian mobsters in track suits.

For the last seven years or so, La Comida was on our regular downtown rotation. But we ate there twice at the beginning of the year and something was different. The menu read the same, but the management was different, the food had changed, and not for the better. These things can be subtle, but sometimes it’s just a matter of some under-seasoned meat, less vibrant guacamole, cold corn and stale tortillas that tells you they don’t care anymore. Haven’t been back since February. Don’t intend to go back.

What Daniel Humm did with Eleven Madison Park in New York was phenomenal. What he and his investors are doing in Las Vegas is predictable. The Nomad is a chain restaurant pretending it’s a gourmet one. Worst service of the year too, by a country mile. 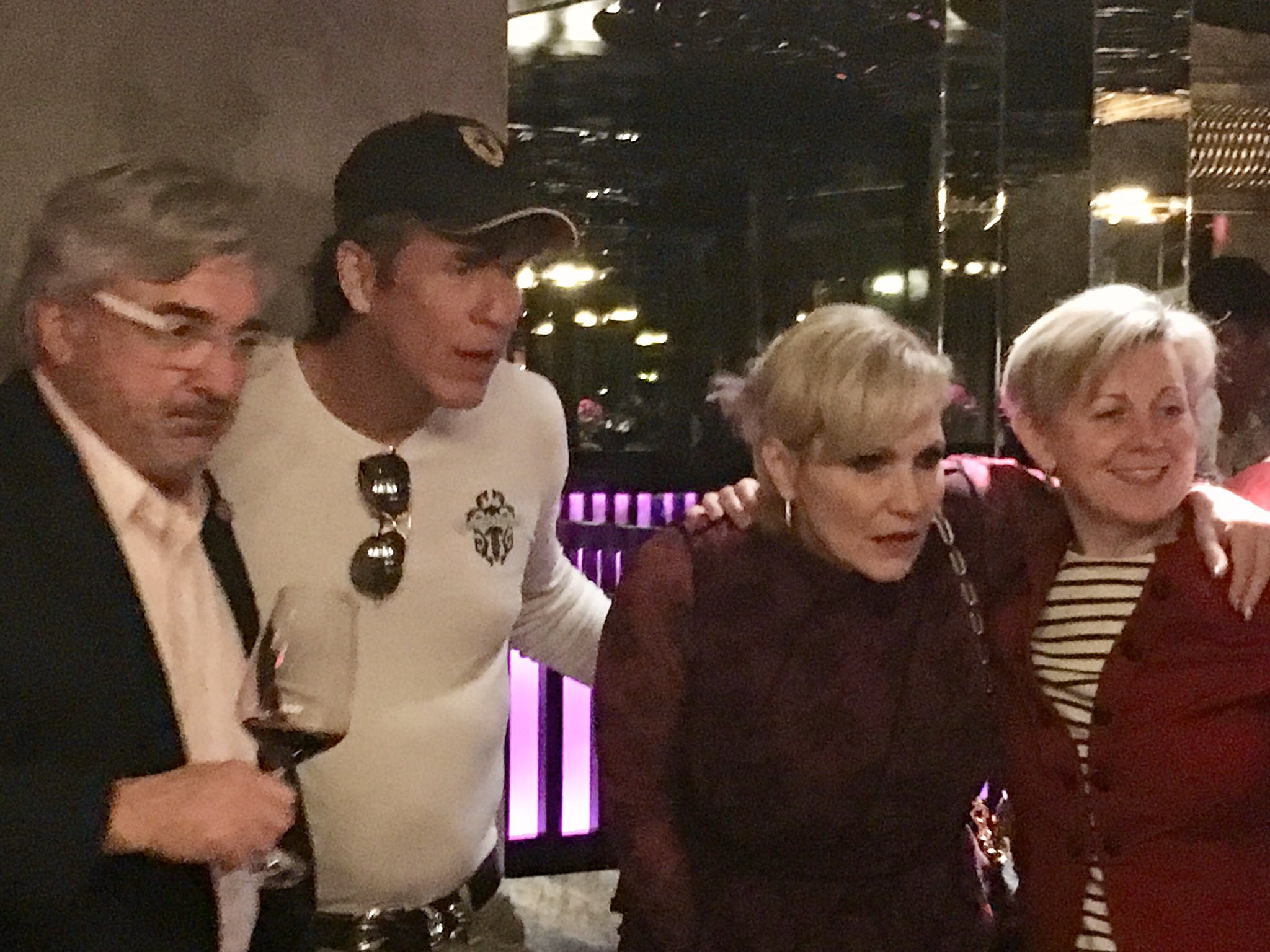 (Oh no, they’re serving us sardines on stale toast! Mr. Curtas is not amused.)

God bless Oscar’s. It so terribly wants to be a top-tier steakhouse but it so consistently fails miserably at it. To paraphrase “A Christmas Story”: it’s not that bad…but it’s not that good either.

The Food Gal® and I were starving at lunch one day and pressed for time while driving on N. Decatur. Suddenly, like a Mexican apparition it shimmered before us: a bright yellow awning beckoning, “Come hither, partake of our tacos poor pilgrim, enjoy our asada sopes, Help Wanted.” So in we trudged, seduced by hunger, the advert (and stomach pangs) having relieved us of our common sense. From now on we’re sticking with Del Taco.

They start you off here with some gargantuan, brontosaurus bone-in beef rib-thing they serve as an appetizer. Yes, an appetizer. This is supposed to impress you. Our Dover sole was the worst piece of fish I’ve had in a decade. Strictly for those wowed by dark rooms and hidden doors. 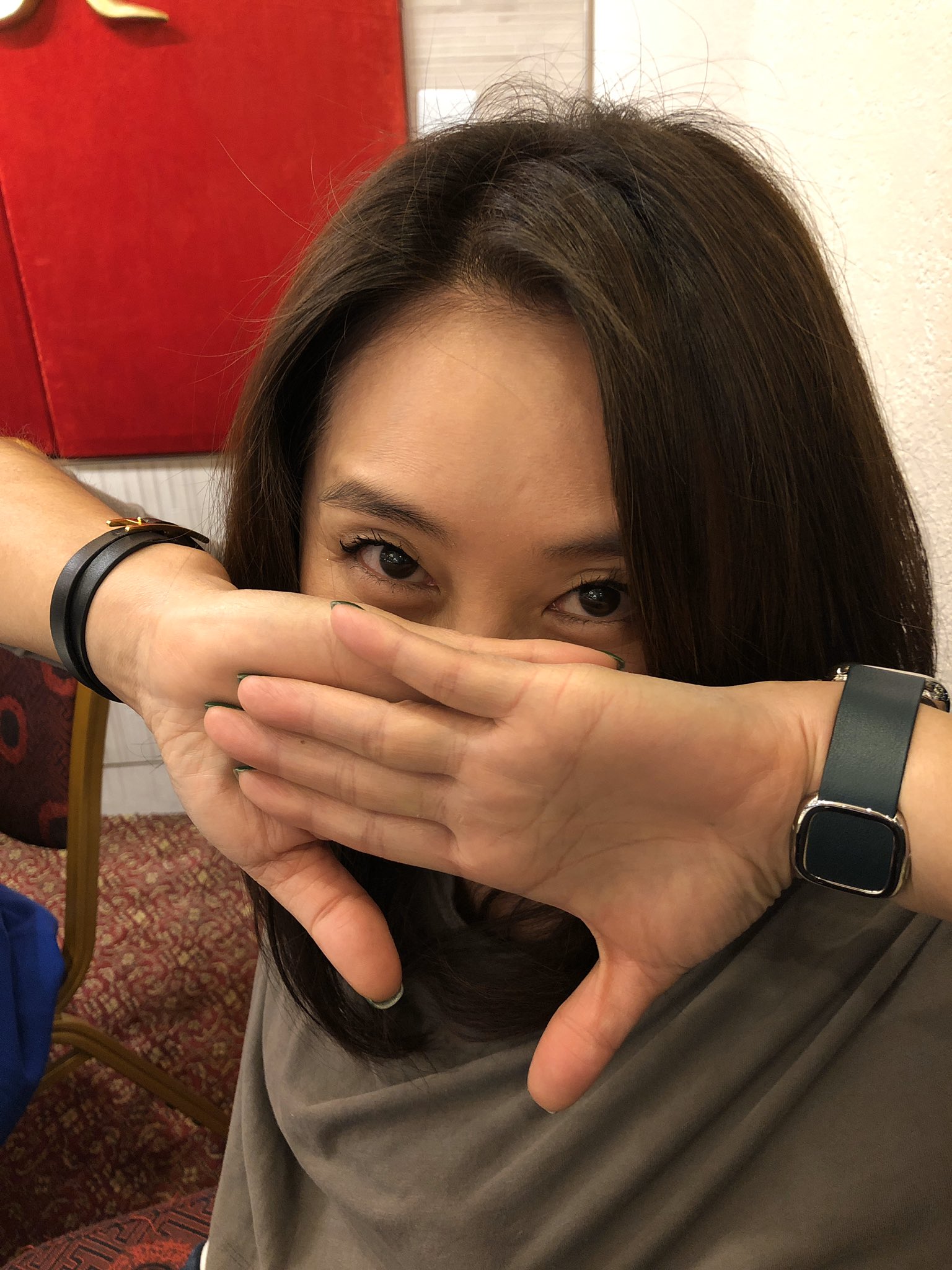 We went in for a steak. We were told that they only had one, 48 oz. rib eye left. We settled on other meat: a hangar and something else. None of it was very good and the flatbread was a mess. I had four meals here in 2019 and loved 3 of them. We’ll leave it at that.

I enjoyed my one meal here…in the same way I used to enjoy McCormick and Schmick’s….in 1998. 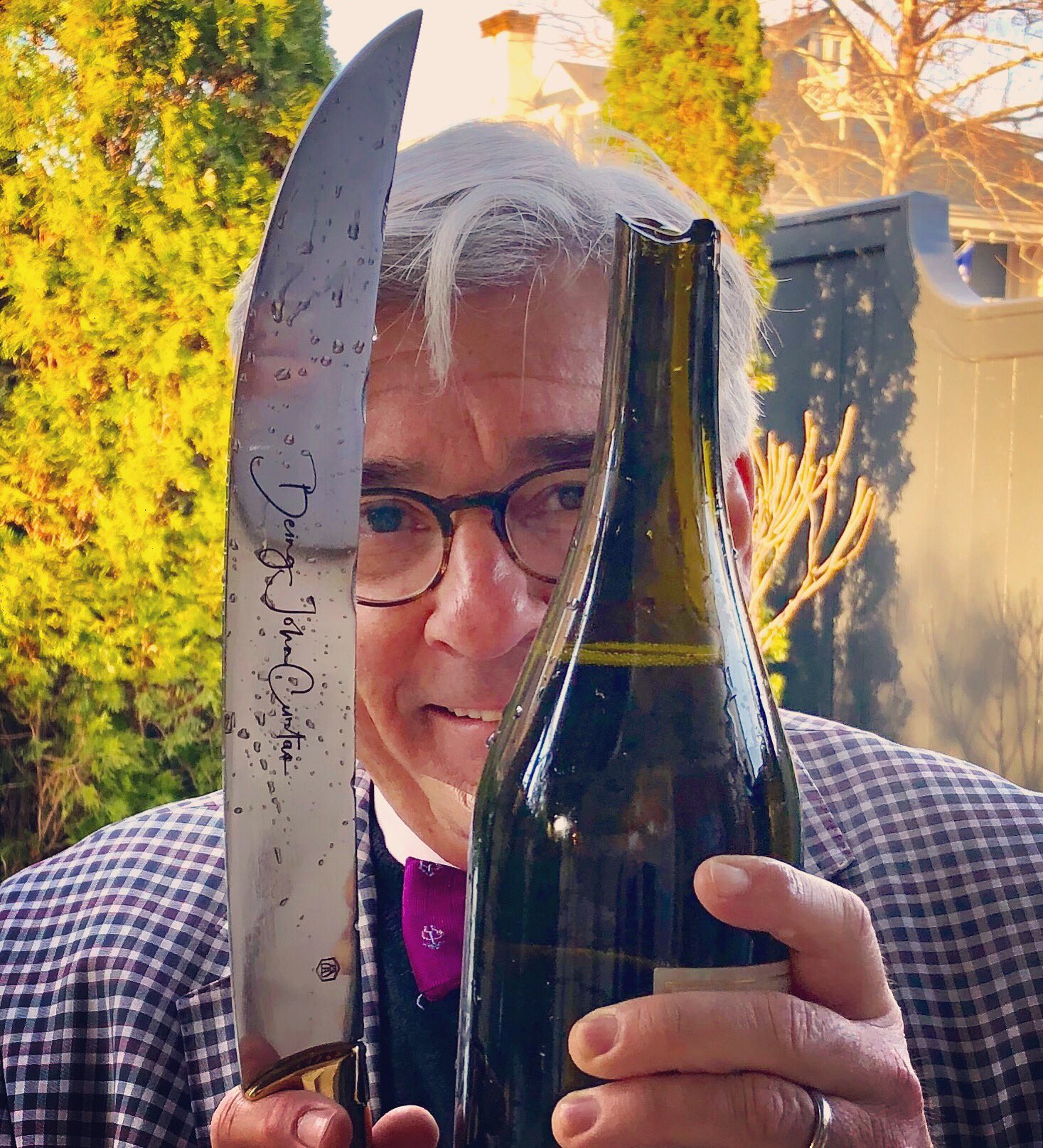 Years ago you would’ve found me wallowing in a lot more mastication misery. These days, I am much more selective about where I eat — discrimination and an encyclopedic knowledge of the Vegas food scene keep my “worst meals” at a minimum.

In the past, I would go to the opening of an envelope, but time, taste and age have left me little interest in whatever “fast casual” concept some ambitious restaurateur is launching to take him/her to the promised land. This knowledge alone has saved me from a lot of indigestion, and further enhancement of my already dyspeptic personality.

I really don’t eat badly these days, even in the restaurants noted above. As you can see, my “worst meals” usually amount to a few dishes that missed the mark and put a damper on the overall experience. These failings shouldn’t be looked upon as a condemnation of the whole operation. At all of these places (save poor old Pepe), your average diner can have a most enjoyable meal.

But unfortunately for restaurants, I am not your average diner.

END_OF_DOCUMENT_TOKEN_TO_BE_REPLACED

LaLa and LoLo (we kid you not — those are their actual names*) are two big reasons to do all of your fine wine tasting at BIN 702 in Container Park.

The other is: all bottles of wine are 1/2 price on Sundays and Wednesdays.