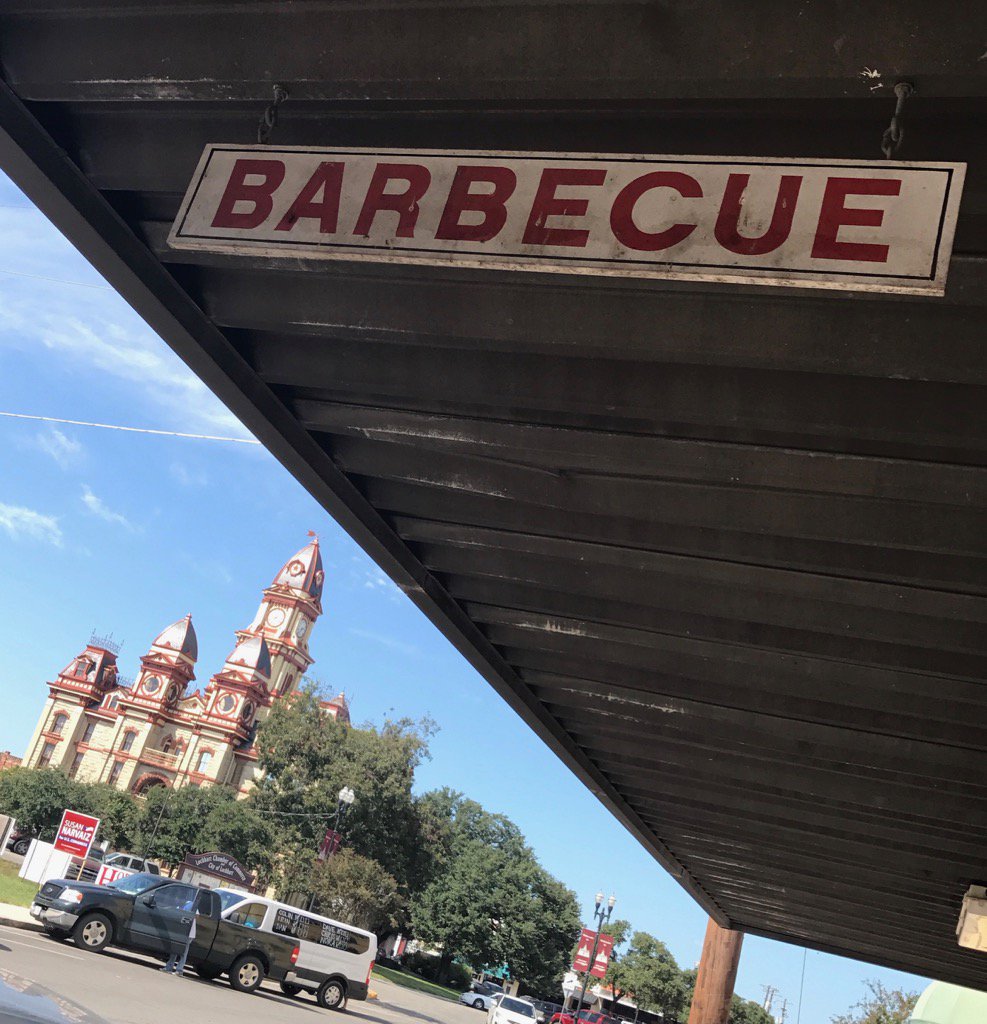 Never cared much for Texas. Never will. Too many cowboys, too many myths, too many guns and too much country music. Too many Republicans, too.

The weather ain’t all that great either. If the floods don’t get ya, the humidity will. The eastern part of the state is as damp as a sweatback hog on a July afternoon, and the western hills are drier than a Comanche’s sense of humor.

Whatever you expect the weather to be, it’s not. You want cool, football weather in the fall? Try enjoying yourself in 90 degree sunshine while watching the Aggies slug it out with the East Jesus State Teachers College in a 67-0 nailbiter. Want some warmth in  early Summer? Good luck with that. I once froze my windblown ass off in El Paso….in June.

I also spent the longest summer of my life one week in Houston — where I sweated through seven days of clothing in three, while taking at least that many daily showers. (Houston is the only city in America where you can walk out the front door, shaved, showered and crisply attired, and still feel like you need to wash up (and change clothes) again AFTER SIMPLY WALKING TO YOUR CAR!

Texas is also one the few states in America that gets both hurricanes AND tornadoes. Big ones. I rest my case.

Yep, pardner, there’s a lot to dislike about Texas. Everything is bigger there, including their egos and their disasters…but they sure can rustle up a plate of good grub.

From the tacos of El Paso to enormous steaks of Armarillo to the fried shrimp of Galveston, Texans know how to eat. San Antonio pretty much invented the Tex-Mex cuisine that conquered America, and Dallas is no slouch either when it comes to everything from steakhouses to sophisticated dining. Their state beer (the “I can’t believe it isn’t water” Lone Star) may be crap in a can, but Shiner Bock is the real deal. Amazingly, there’s also a budding wine industry here, and it’s getting good reviews!

Steaks, wine, sophistication, it’s all good (or getting better) in the Lone Star State, but what Texas is most famous for is barbecue. Barbecue beef brisket to be precise, and big, thick, natural-casing beef sausages (usually containing some pork) to be even more precise. They also do a fair amount of slow-cooked pig as well (that we’ll get to that in parts 2 & 3), but beef is king here, and the brisket is legendary, so off to Austin we were.

Our plan was simple: land, rent a car, head to Lockhart, and start eating all the smoked meat in sight. Lockhart is only a half hour drive from the Austin airport, and within an hour of touching down, we were chowing down in the Official Barbecue Capital of Texas. (pictured above)

The legend goes that all of these smokehouses began as butcher shops begun by German immigrants who settled in the area back in the mid-19th Century. Sausage making is a natural by-product of cattle and pig slaughtering (and the best way to sell all of the tidbits left on the chopping block), and smoking these nasty bits was the fastest way to preserve the meat in the days before refrigeration. Then and now, these fresh-made, farm sausages are minimally seasoned and loosely packed, sometimes very loosely packed:

…not the fine, dense samples you find in central Europe, where long curing and various spicing develops an entirely different product.

Having toured all the major barbecue micro-climates of America (the Carolinas, Georgia, Tennessee, Kansas City, Houston) over the past forty years, we were anxious to see what all of recent shouting was about. It seemed like Texas barbecue was suddenly getting more of its share of publicity, and it was more than a little puzzling how a form of cooking that is hundreds of  years old, was suddenly a “thing.”

Back in the day (and by “back in the day” I mean the 20th Century and the first ten years of this one), you went barbecue hunting with only your nose as a guide. If you were lucky you had a an address or a scrap of newspaper (or a weather-beaten magazine article) in your pocket, and the best you could hope for was to find a local and ask for directions — directions that were always of the “go down ’bout two miles an look fer the Pete’s Garage sign and take a left” variety. But mostly you just drove around until you saw the cars and smelled the smoke. Your nose told you you were pointed in the right direction, and the cars (always a mix of everything from beat-up pickups to brand new Mercedes), let you know you’d found the real deal.

Then, as Texas Monthly has noted, a “tectonic shift” in barbecue occurred — a shift, it should be noted, that coincided with the rise of social media and the economic recession. Seismic events that led to everyone seeking out cheaper eats, and lots of out-of-work young chefs to look for inexpensive ways to feed them.  These days, everyone’s an expert. Google “Texas barbecue” and get ready for an information overload. There are barbecue trail maps, learned academic essays, and more blogs than you can shake a hickory stick at.

Part of this can be ascribed to the rise of Facebook, Instagram and Twitter, and part of it is what I call the “ramen renaissance” in vox populi punditry. Put them together and you have a vortex of strongly-held opinions, based upon cheap food that can be consumed willy-nilly, and then critiqued with all of the imperiousness of a true connoisseur. Thus, in the last five years have we seen the hoi polloi expounding on everything from tonkotsu ramen to cupcakes. For the price of a plate lunch ($10-$20) you can do the same with brisket, ribs and sausages to your heart’s content. And sometimes, it seems, that’s what everyone in Texas has done.

But we wanted to dive a little deeper, to use the current cliche, and see what makes this old-fashioned cuisine so popular, and of-the-moment. And to do that we started where it’s been going on for the longest, a quaint little town in Central Texas that fairly reeks of smoke and soot of the most delicious kind. Stay tuned this week and next for the savory details of our meat-fest in Lockhart, and our subsequent tour of four other barbecue icons — both old and new — all in and around the Texas capital. 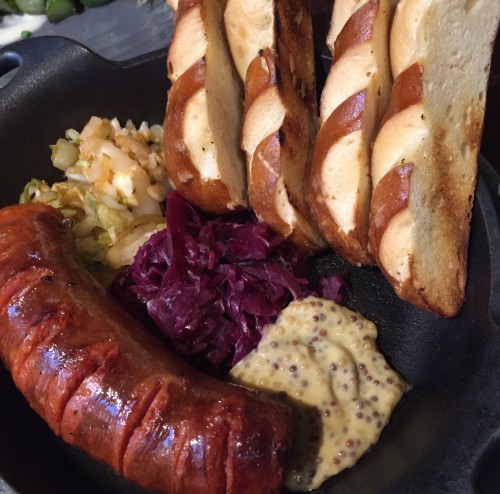 What is it about summertime that makes us love sausages so?

Is it because they’re synonymous with grilling?

Or so simple to eat?

Or because that snap of a natural casing, enclosing spicy-sweet cured meat, accented by tangy mustard, is the perfect confluence of all the taste sensations: sweet, sour, salty and bitter?

END_OF_DOCUMENT_TOKEN_TO_BE_REPLACED

Calvin Trillin tells a well known story about how German food has determined the outcome of more wars than all other cuisines combined. As he tells it, for centuries, those nasty Prussians have vanquished foe after foe in battle after battle….until lunch…after which, they were too stuffed to remount. Makes sense to us.