the highest point in the development of something; culmination or climax.

“his appearance as Hamlet was the apotheosis of his career”

the elevation of someone to divine status; deification.

In other words, what Chef Shawn Giordano does with a flat omelette at PublicUs — basting it in butter and festooning it with onion jam and squash blossoms.

It is the exaltation of the egg, if you will; the glorification of all that is fresh, silky, sensual, savory and sweet about a summer solstice or sunny sustenance.

It’s also the best goddamned egg dish we’ve had in a coon’s age. 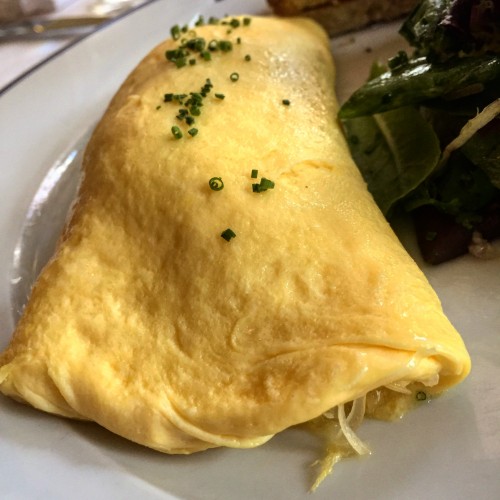 Is there anything more beautiful in food than a fluffy/creamy, fine grained and silky, color-of-the-sun French omelette? END_OF_DOCUMENT_TOKEN_TO_BE_REPLACED