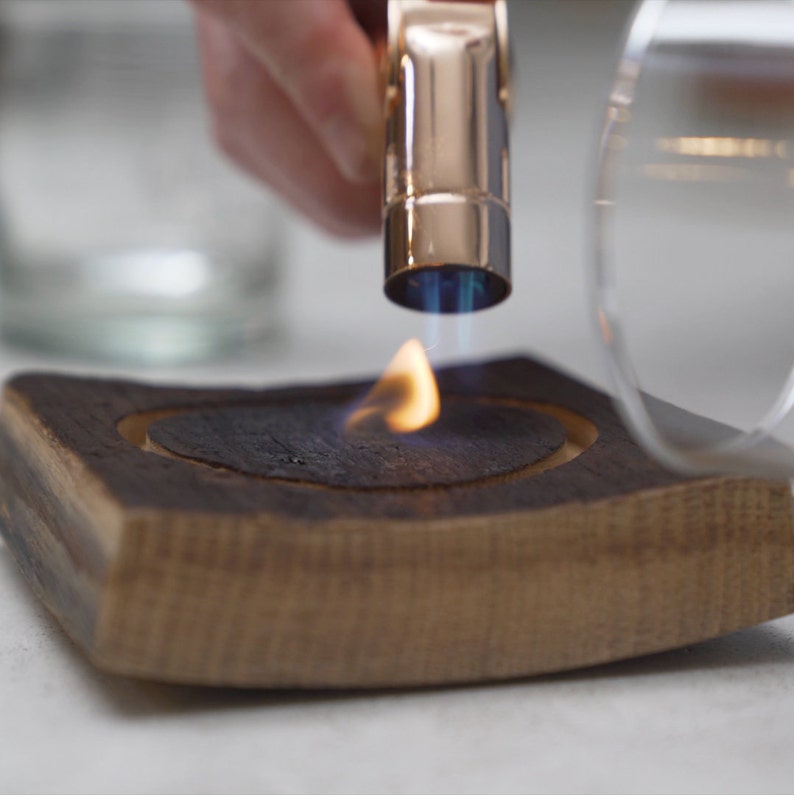 Smoke – No one likes smoked meats more than yours truly. But bread? Veggies? Cocktails? Butter? Ice? Banana pudding? (Yep, we had it once, in Austin, TX, natch.) When it comes to smoked foods, a little goes a long way (unless we’re talking beef brisket), and the gimmick has run its course.

Octopus – If another piece of octopus never touches these lips it will be too soon. If another waiter never comes to my table bringing the grilled tentacles of a dead cephalopod (which probably cost the restaurant 89 cents), I will jump for joy. The gleam in their eyes when they act like Neptune has anointed them special dispensation to shower us with rubbery nothingness is actually quite comical, considering that every upscale restaurant in the world seems to offer it these days.

Branzino – I’m old enough to remember when Mediterranean sea bass was a new thing in America (we’re talking mid-90s); now every chef in town trots them out like the fresh-caught king of the sea is being bestowed upon your table. When every restaurant you go to is shilling “branzino,” you know you’re being mass-marketed by a wholesaler with plenty of product. It’s almost enough to make us miss Orange Roughy.

And as long as we’re talking about being sick of seafood, how about…

Scallops – are great, when they’re done correctly. And by “correctly” we mean being broiled whole, in the shell, with their roe (see above) — like they do in Europe. Sea scallop abductor muscles are the boneless, skinless chicken breasts of American cuisine. Every chef cooks them exactly the same way: crispy-browned on one side, sitting in the middle of a naked plate. This is because they (and their diners) are afraid of actual scallops. ADMIT IT.

Curated cocktails – Just make me a decent drink with good booze and get over yourself.

Tacos – unless you’re Mexican. It is a scientific fact that you can’t make a good taco unless you speak with a slight Spanish accent. No one named Seamus McMullen ever made a taco worth eating. 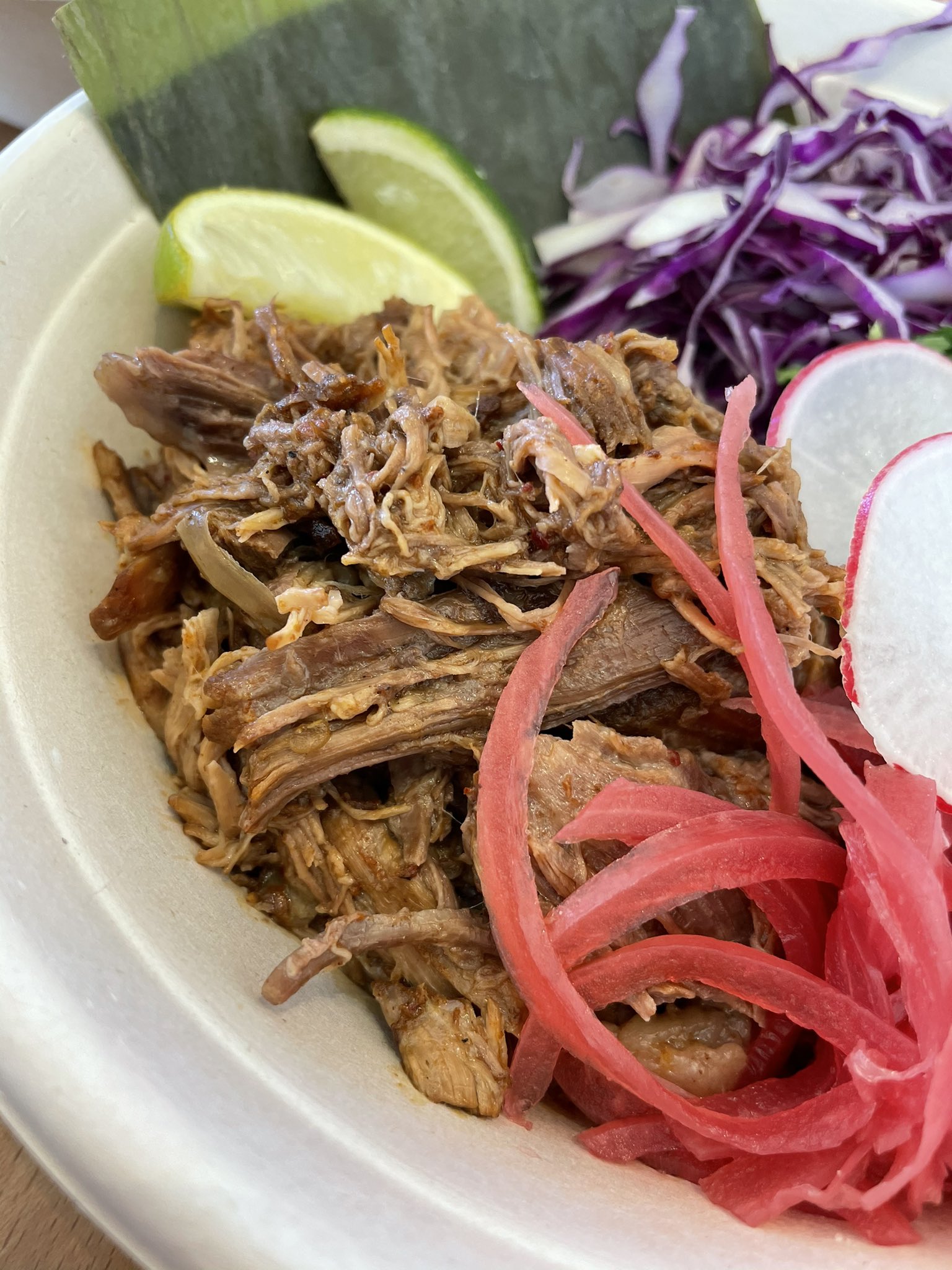 (Made by real Mexicans at Milpa)

Every chef thinking he/she can barbecue – Unless you’re getting three hours of sleep a night, hauling whole hogs around, and are covered with more smoke than a northern Californian, you aren’t doing it right.

Tomahawk steaks – Bros and Bruhs love these odes to excess, served in temples to testosterone. Modern Vegas was made for them. Show me a table making a big deal over 40 ounces of meat and I’ll show you a group of douchebags. Give me a tasty strip or picanha steak any day. 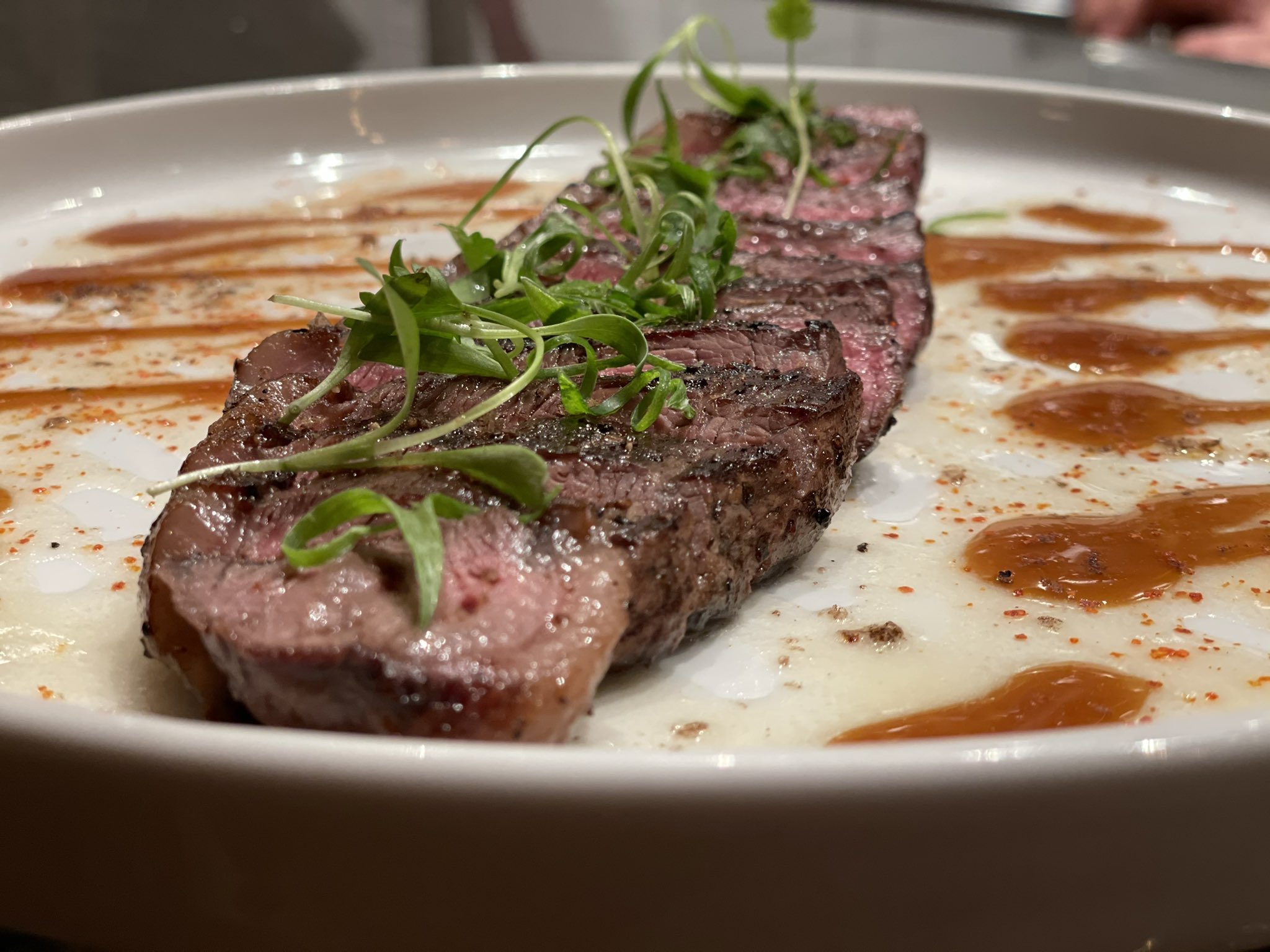 Natural wines – Don’t get me started. If I wanted to drink fetid feet, I’d ferment my sweaty socks.

Korean ketchup – Unless you’re a Korean cooking Korean, you need to holster this luscious condiment and leave it to the experts. Non-Koreans playing with Korean flavors are as out of their depth as a short order cook at a sushi bar.

Bao – Unless you’re Chinese (or at least vaguely Asian), stop sticking everything imaginable inside of tiny buns! I know, I know: THASS RACESS!

Avocado toast – I know, I know: taking on avocado toast is trashing some pretty low-hanging fruit. Most of it is terrible, but the one exception? This bad boy at Johnny C’s Diner: 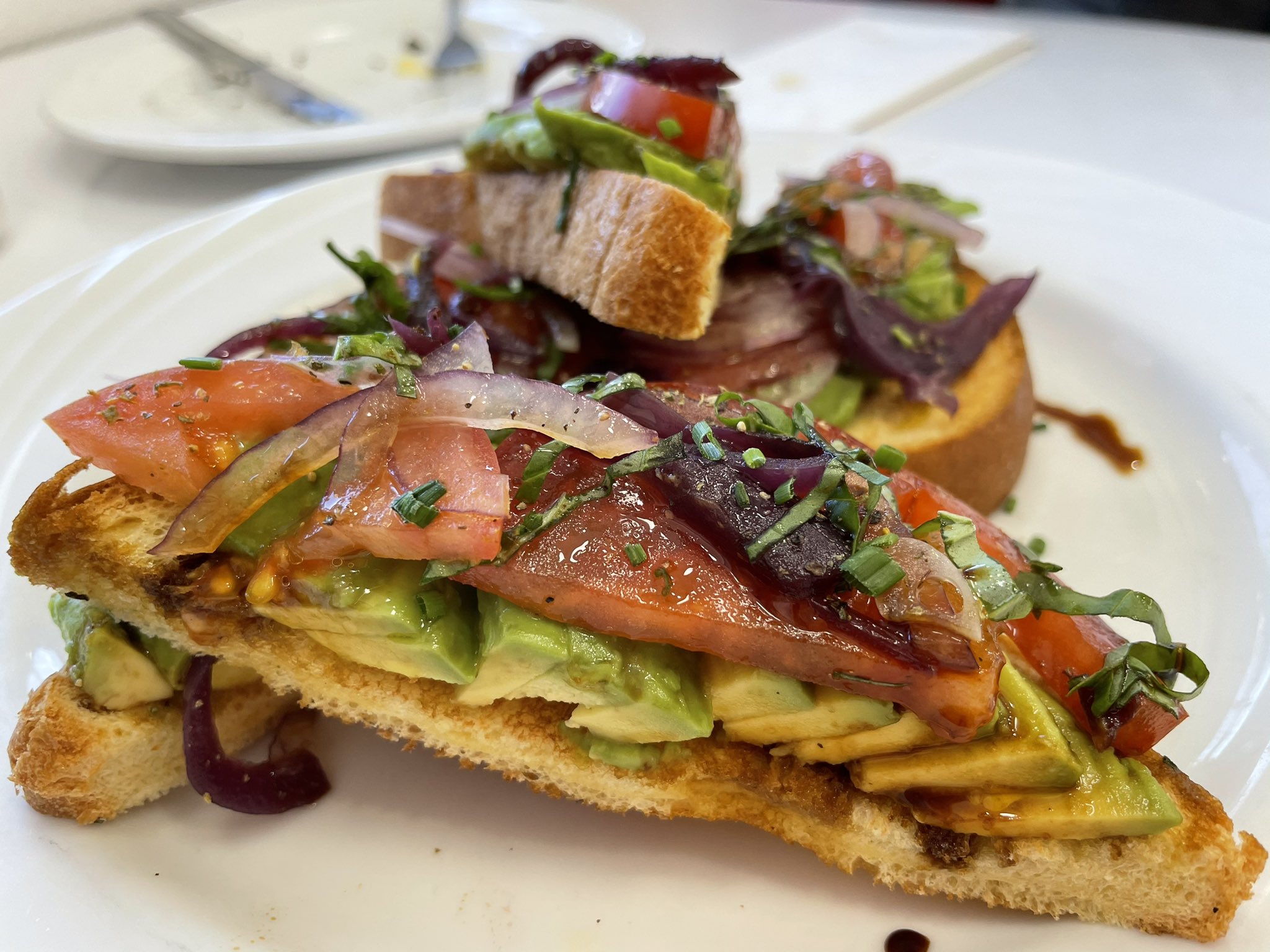 Tataki – Thank you Nobu Matsuhisa, for giving every chef in America license to throw a tangy, vaguely Asian vinaigrette on some lightly-seared protein and call it original. “Ceviche” is almost as bad, but I’m too exhausted to complain about it right now.

Tartare’d everything – It started with steak, now it’s everything from tuna to avocado to beets. Calling it poke doesn’t get you off the hook. We realize attaching “tartare” to a foodstuff removes the sting of it being raw, but slapping a trendy name on something doesn’t make it special,

Obscure, weird-ass menu names – Tatsoi, Dulse, Samphire, Tropaeolum tuberosum….we get it: you are ready to dazzle us with your out-of-the-box cooking and mastery of the inscrutable. But we’re here for dinner, not Google searches.

Under-cooked vegetables – This includes potatoes. You’d be surprised how many restaurants don’t know how long to cook a spucking fud. 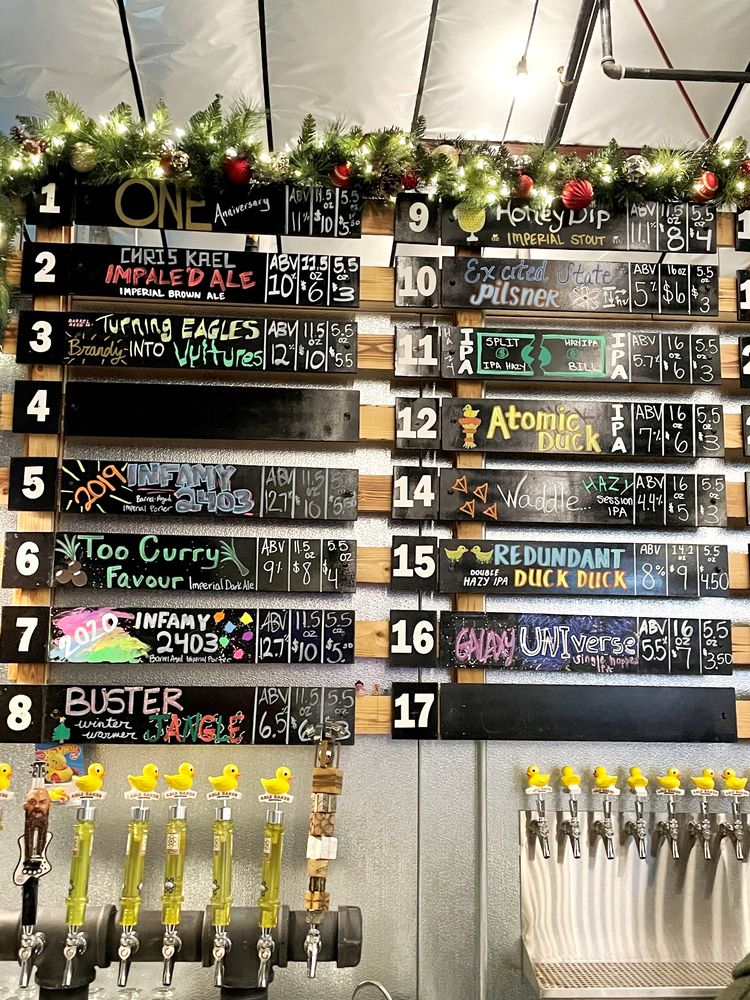 Local brews – Face it: most Las Vegas-made beers taste like carbonated dishwater. FACT! The only time you’ll ever catch me telling people NOT to support locals is when they’re trying to drag me into a local brewpub. You can tell our water is all wrong for beer brewing because our suds landscape is littered with…

Infeasibly absurd beer flavors (see above) – You can tell how awful most made-in-Vegas brews are by the ridiculous additives (and juvenile/asinine names) they employ to get you to drink them. Pineapple-Curry-Spice Stout? Coming right up, sir!

Dumplings – unless you’re a dumpling restaurant.

Shishito peppers everywhere – Who decided this was a good idea? 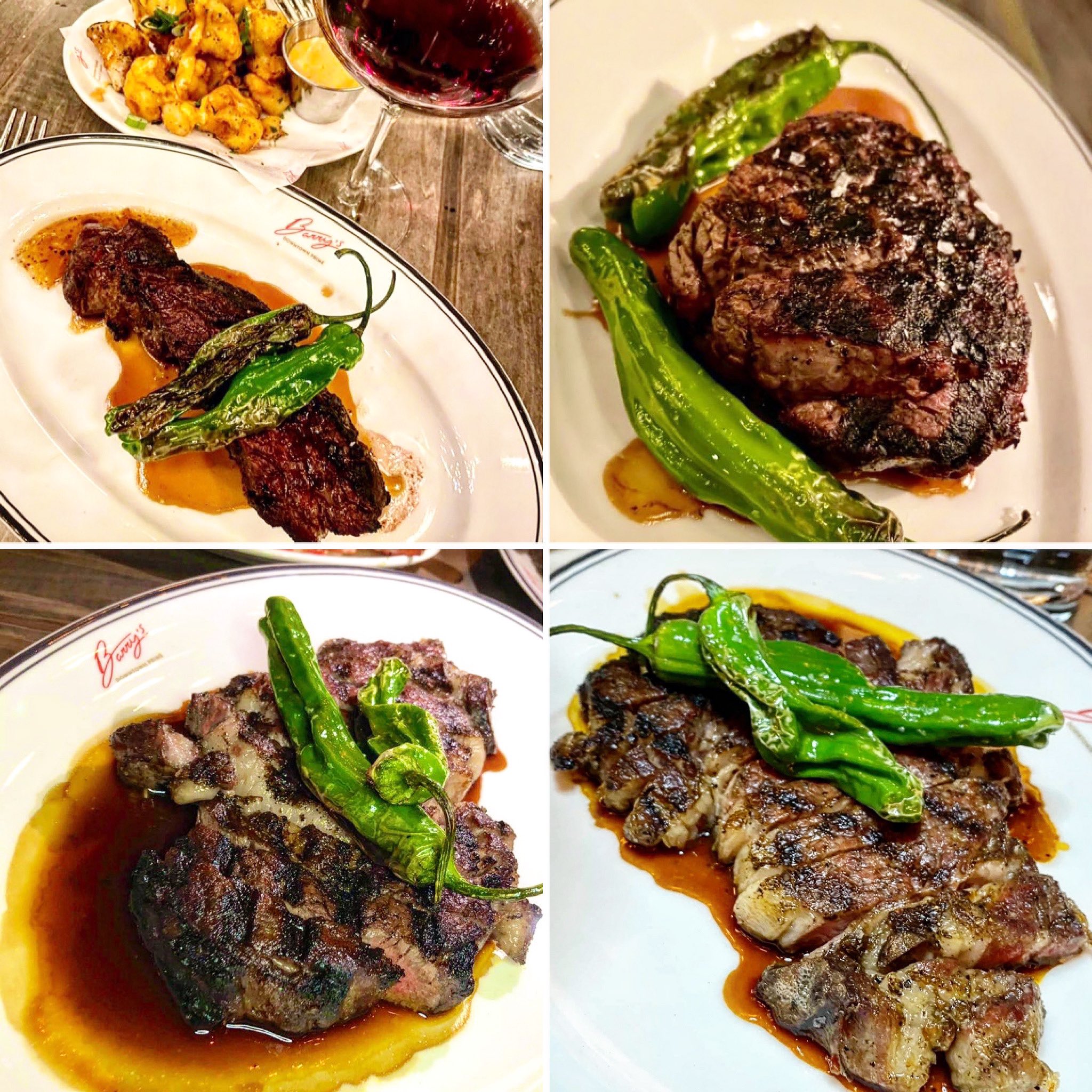 Crispy sweet-sour Brussels sprouts – Another way for chefs to push some cheap-ass bitter vegetable no one likes to try to boost their bottom line.

Quinoa – No one likes it; it tastes like cardboard ; it doesn’t go well with anything. The only people who order it are pansy-ass trend followers.

Keto – I don’t even know what the fuck it is, but I hate it.

Paleo anything – When I’m allowed to start dragging women around by the hair, I’ll start eating like a caveman.

Gluten-free – Are we done with all that celiac disease nonsense? (I know some people suffer, but most of you don’t, so get over it and eat a real pizza fer chrissakes.)

Calling anything “milk” that isn’t – Soy milk, almond milk, rutabaga milk…..STOP IT! It ain’t milk, it’s JUICE. Call it “soy juice” and watch the sales dry up…like they should.

Air-frying – You ain’t FRYING A GODDAMN THING! How dumb are you? Wait, don’t answer that.

Celebrity booze – Does the world really need another tequila? Or Jay-Z slapping his name on another overpriced champagne? The question answers itself.

Each one of these is enough to make me want to chug a bottle of Walton Goggins’ Mulholland Gin. 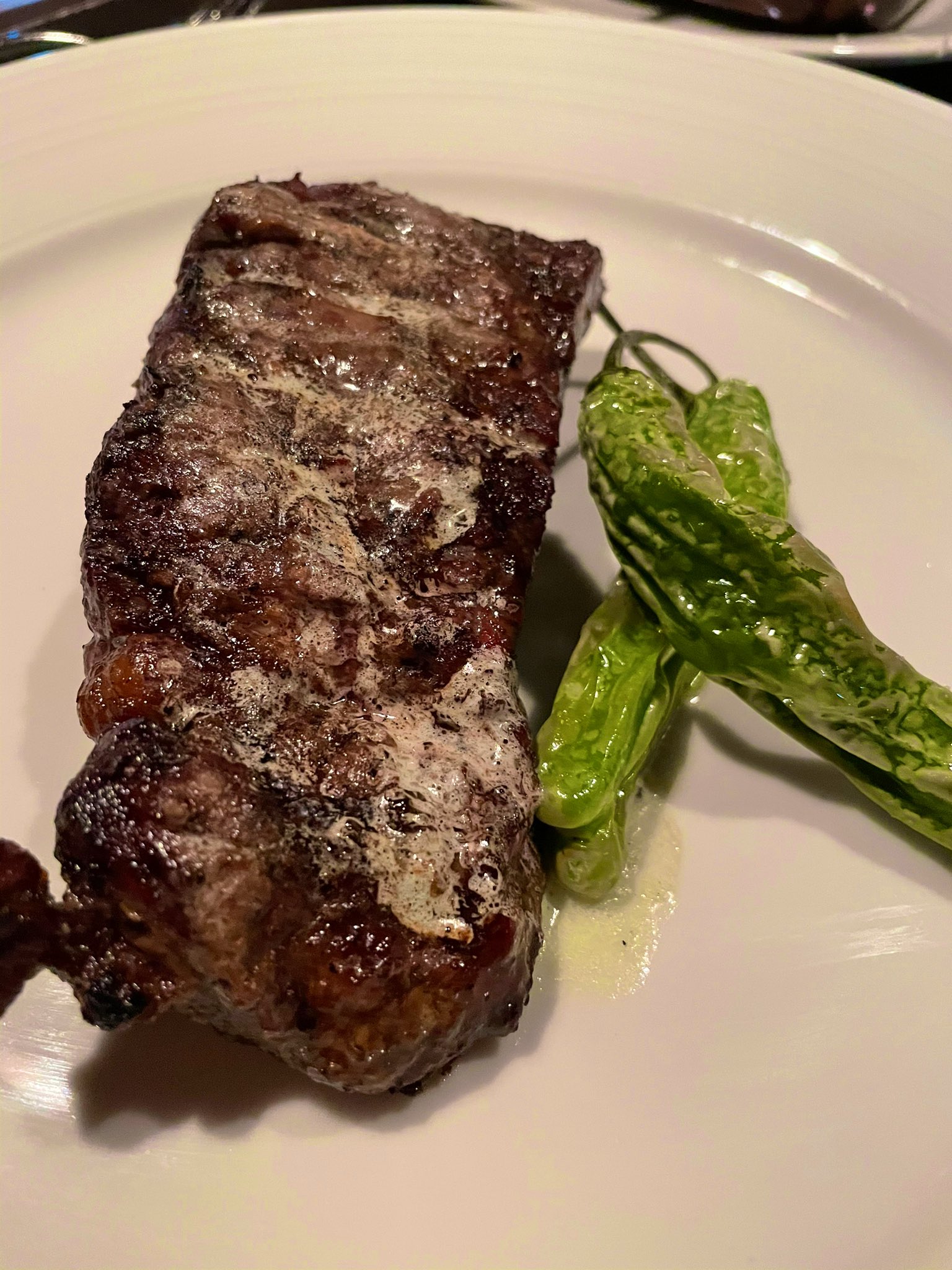 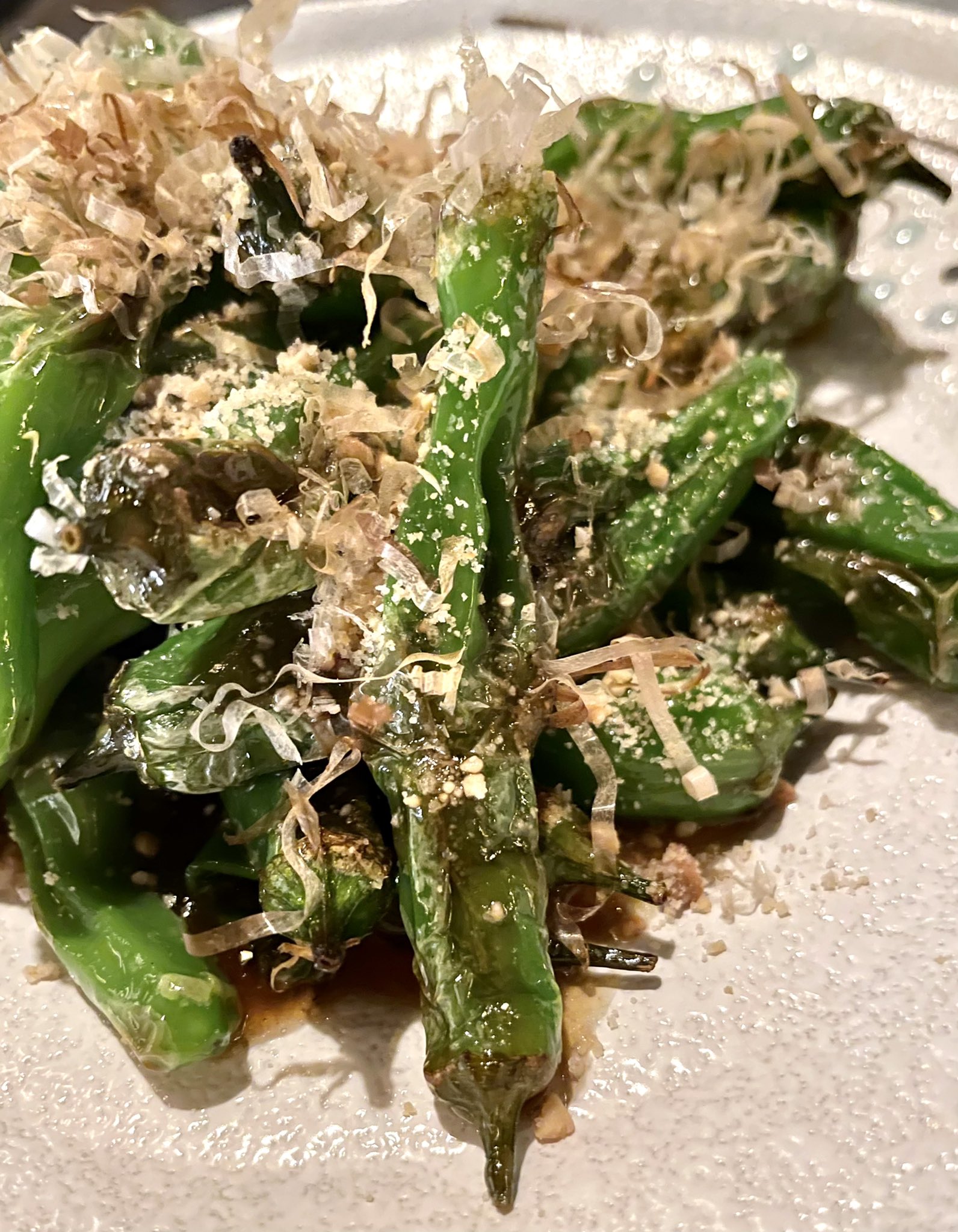