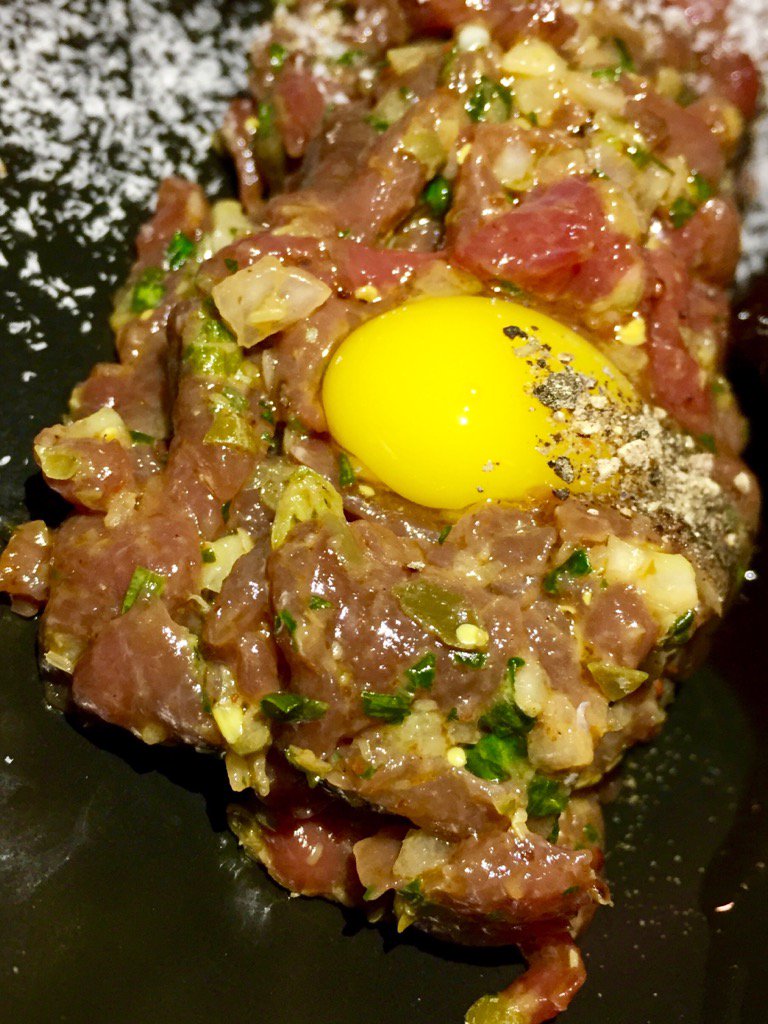 David Clawson opened the David Clawson Restaurant on October 1, 2014 and I’ve been avoiding it like the plague ever since. The reason for my evasion is simple: I have loathed the Henderson/Anthem area of Clark County with every fiber of my body for twenty years. So unpleasant do I consider the entirety of the Southeast quadrant of our humble burg that I would rather be sentenced to a lifetime of eating Slim Jims and Hostess Twinkies than endure the mind-numbing, soul-killing drive up or down Eastern Avenue to expose my sensibilities to the commercial wasteland it celebrates.

Henderson/Anthem is so generic, pre-fabbed, cynical and craven it makes the Strip look venerable and historic by comparison.

It is a collection of monochromatic developments centered around franchised businesses with nary a place to walk or ride; an amalgam of residences and businesses with all the charm of a Subway sandwich shop. There is no place to walk; there is no place to drive. It is a community without any sense of one,  formed for one and only one reason: to make housing and strip mall developers rich.

Get the point? I hate the place. I only go to  Henderson/Anthem at the point of a gun. (Or to go to Valley Cheese & Wine)

END_OF_DOCUMENT_TOKEN_TO_BE_REPLACED

Anyone who’s talked food with me in the past week will attest to my vigor in recommending this hip little spot down in Henderson.   If you can remember way way back when people couldn’t stop talking about Insert Coins because it was a new, cool idea?   Then, in our embarrassment at having had high hopes for a bar/arcade (I am loathe to use the portmanteau: Barcade) which were quickly dashed by what became one of the least appealing bars downtown, we quickly developed a Pavlovian gag-reflex against the concept?   Well, I do; that’s why the overbearing theme for my visits here at Hi-Scores were just “Surprise”.   A preface: I’m not even a ‘video game guy’, and even without that much interest in the subject (I’ll shoot up some Zombies when I’m there if the mood strikes, but that’s it) Hi-Scores and The Players Club stands very well on its own.  I have to say that there is no other restaurant or bar that has surprised me so thoroughly, in almost every facet.

First:  While these are technically two separate places, there are only a couple differences.  Primarily, it’s a matter of atmosphere;  the Hi-Scores side caters to a bit of a younger crowd, and is the primary video-game-centric side.  This is the side that has a slightly longer tap-list, is a bit more of a high energy setting, and has a ton of old arcade cabinet games, racing chairs, tabletop Pac-Man, and a row of modern gaming consoles on projectors.  The best part about this is that they are all free; not one red cent you’ll have to divert from your beer tab.  The other side is a more upscale venue.  It’s quieter, more relaxed, and just has a few Golden Tee type games.  They have a very solid list of whiskies and especially tequilas (look up that Casa Dragones tequila in the picture, it’s WORLD class), and is more cocktail focused than it is beer.  Aside from that, both sides have the same menu, same beer bottle list, and same craft cocktail list.