‘Tis the season to be jolly, isn’t it? The time of year for rejoicing and celebrating; for toasting the year’s ending with reminiscences, good cheer, and hale and hearty fellowship. Am I right?

Nope, not this year. Not by a long shot. Why? Because lovers of good food downtown are in mourning.  Because Bradley Manchester’s Glutton closed its doors for good last night, after just twenty months of operation. Because the number of good places to eat in downtown Las Vegas just got cut in half. Six days before Christmas.

That means Manchester and his small crew of chefs and bartenders and waiters are out of work, less than a week from what is supposed to be the happiest day of the year. The day of the year when gifts are bestowed and glasses are raised in celebration of the year’s past, and in hopes of a prosperous new one.

Not for Glutton, and not for downtown. Because the closing of Glutton portends dire days ahead for the downtown dining scene. Soon enough, a chain restaurant called Eureka! (exclamation point essential) will open in the space once occupied by The Beat coffee shop, and the marketing muscle it will bring to the scene will no doubt further endanger the survival of the small, locally-owned stores like Carson Kitchen, The Smashed Pig, Bõchõ, and La Comida — places that, like Glutton, had  foodies all atwitter just a couple of years ago.

Truth be told, we were never fond of the name, or the logo of Glutton. The name sent all the wrong messages, and the logo looked like some cheap eatery you’d find in a food court. But from our very first bites back on April 10, 2015, we were taken by the place. Manchester’s concept was everything people say they want in a restaurant: intimate, local, chef-driven, and delicious. The size was right, the corner location attractive, and the open kitchen/bar/dining room just the sort of Millennial-friendly space that the post-recession zeitgeist seemed to call for. He also had a solid mixology program as well as what might have been the best burger in town.

Alas, it was not enough. “I strongly stand behind the product we offered. Unfortunately, we just couldn’t get enough consistent business through the doors,” is how Bradley put it when I asked him what went wrong. Sometimes, though, quality isn’t enough. To succeed in the restaurant business, you’ve got to capture people’s imagination, and perhaps that’s where Glutton fell short.

Or perhaps downtown Las Vegas is about to get the (boring, derivative, franchise) restaurants it deserves. 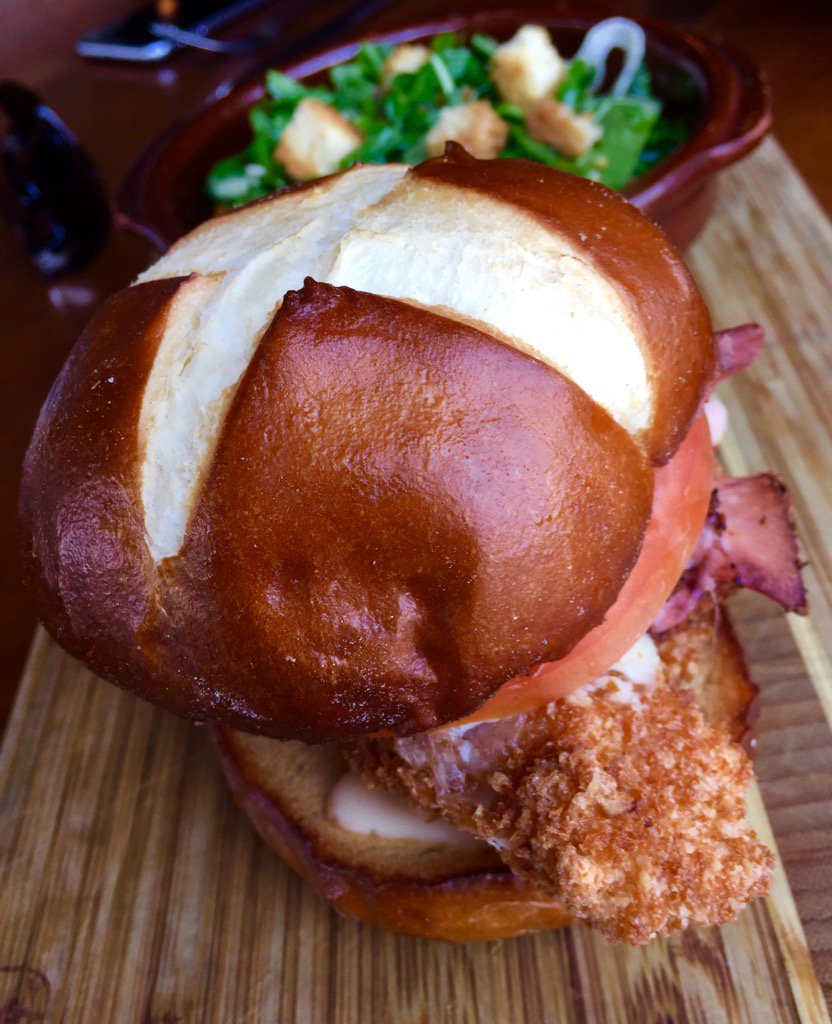 Because everything tastes better on a pretzel roll.

And because no one does a better chicken sandwich than Bradley Manchester at Glutton.

Although, now that we think about it, the one down the street at Carson Kitchen is pretty damn good too: 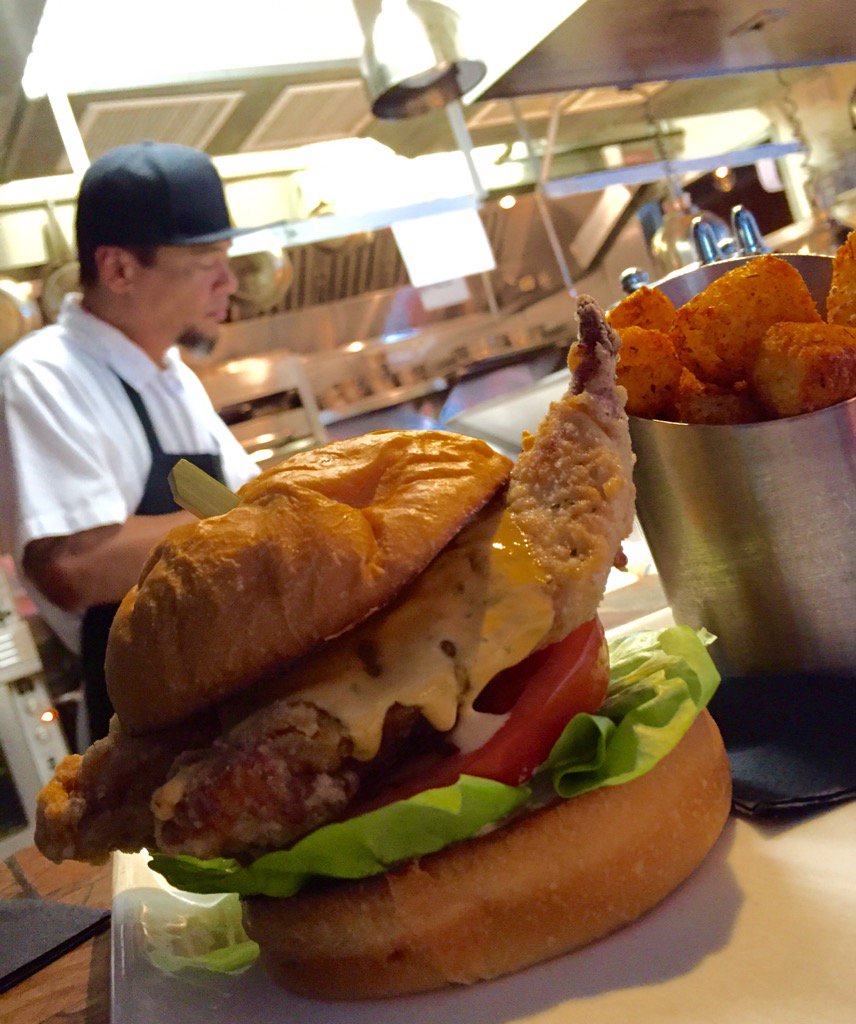 Balance, sauce, bread and spice: each of these has it in spades. And each is made by a chef who’s trying to make you the best damn sandwich he or she can, every time you order one.

Can you prove that it isn’t true?

Things have been fairly slow around the ELV manse of late, what with us putting the finishing touches on the EATING LAS VEGAS book, and having cut back on our restaurant schedule because of it.

Accordingly, we thought a quick tour of where we have eaten recently is in order, in order to point out some of the tastier bites we’ve encountered at some old friends and new acquaintances.