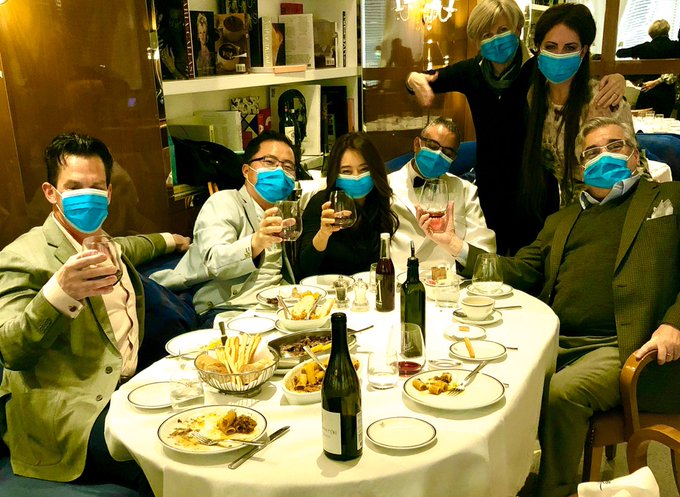 The Coronavirus Diary. Volume 1, Day 1, Friday the 13th: Clouds on the Horizon

Who would’ve thought that my lunch at Cipriani last Friday would be the last time I had a really good, relaxed time in a restaurant?

We ate well. I ate in two shifts: the first with two colleagues, the second with good friends and The Food Gal®.

Lunch turned into dinner at Soho Japanese Kitchen where I tapped out after a few courses. (Seven straight hours of eating and drinking will do that to you.)

Crowds were smaller at both places; you could feel the clouds of contagion building. Everyone knew fear and layoffs were in the air. We just didn’t know how soon and how severe it would be.

Our waiter Vincenzo looked around the Cipriani dining room and said he was worried for both of his jobs (there and at Giada). Like many in the Vegas hospitality trade, he holds down two gigs — lunch and dinner — often at two very different spots. Vincenzo is as Italian as Pavarotti, with a twinkly charm underneath his sing-song-y accent, and he fits an Italian restaurant like parm on pasta. Three days later he will be out of both jobs.

The Bellagio announces it is closing all restaurants except Sadelle’s and Prime.

Beware the Ides of March, Caesar was told. He ignored the warning; the rest of Las Vegas took it to heart. Within five days of the announced severity of the coronavirus, MGM uses today to let the hammer drop on all of its venues. Some hotels, like Caesars and Venetian/Palazzo stand firm and act like they can weather the storm.

Because of this, for about two days, locals feel restaurants and bars will still be functioning, albeit with far fewer customers. Still, it’s obvious the virus has mushroomed into society-wide panic. Most media outlets are claiming the virus is “sweeping the nation,” even though the number of Americans actually infected with Covid_19 amounts to .00016% of the American populace.

“We’ll figure out a way to keep the doors open,” Venetian and Caesars say. Silly them.

I spend the afternoon getting drunk on expensive hooch on my patio, and eating some tasty cheese I had flown in from The Cheese Store of Beverly Hills — because eating and drinking well is to me what swinging a golf club is to Tiger Woods. 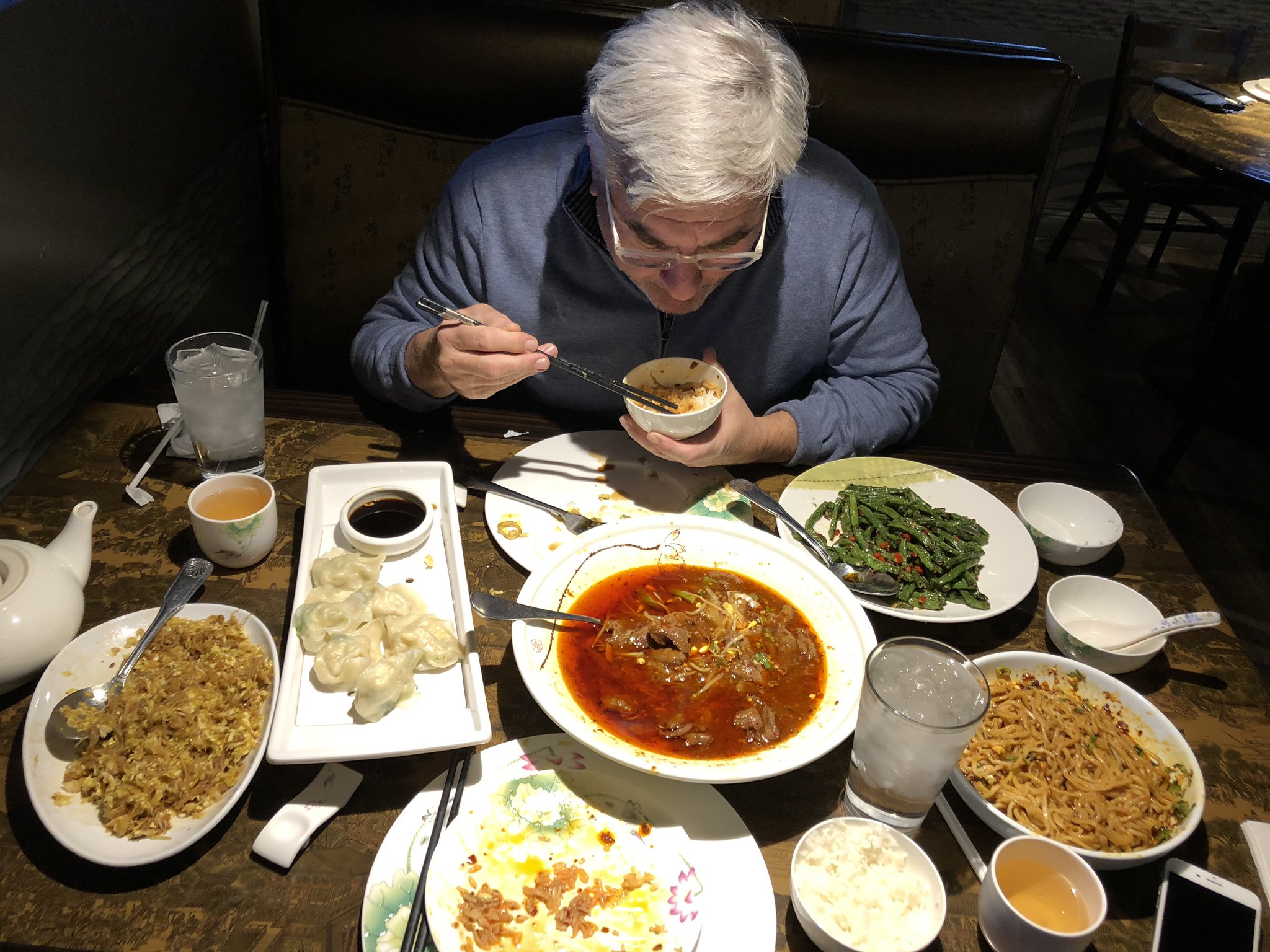 Hotels and Strip restaurants closing left and right. Local joints girding their loins but seem safe. I make a show of going to Every Grain for lunch (it’s mostly empty), and China Mama for dinner (ditto). And I’m not shy about letting social media know what I think about all of this viral hysteria and how it will devastate the hospitality industry. For this I get called everything from Typhoid Mary to the worst thing since Hep C.

I also get into one of those Facebook commenting wars with someone named Emily Jillette, who’s married to someone named Penn Jillette, who calls me everything from a joke to an asshole. It’s really quite amusing to have her (try to) insult me by telling me how she’s “friends with lots of chefs” who “universally hate me.” Emily hates me (apparently) because I’m eating in restaurants and encouraging others to support these businesses in a time of crisis.

She’s not the only one who hates me for thinking this whole quarantine-thing is a huge overreaction, but she’s definitely the most profanely entertaining  of the bunch. 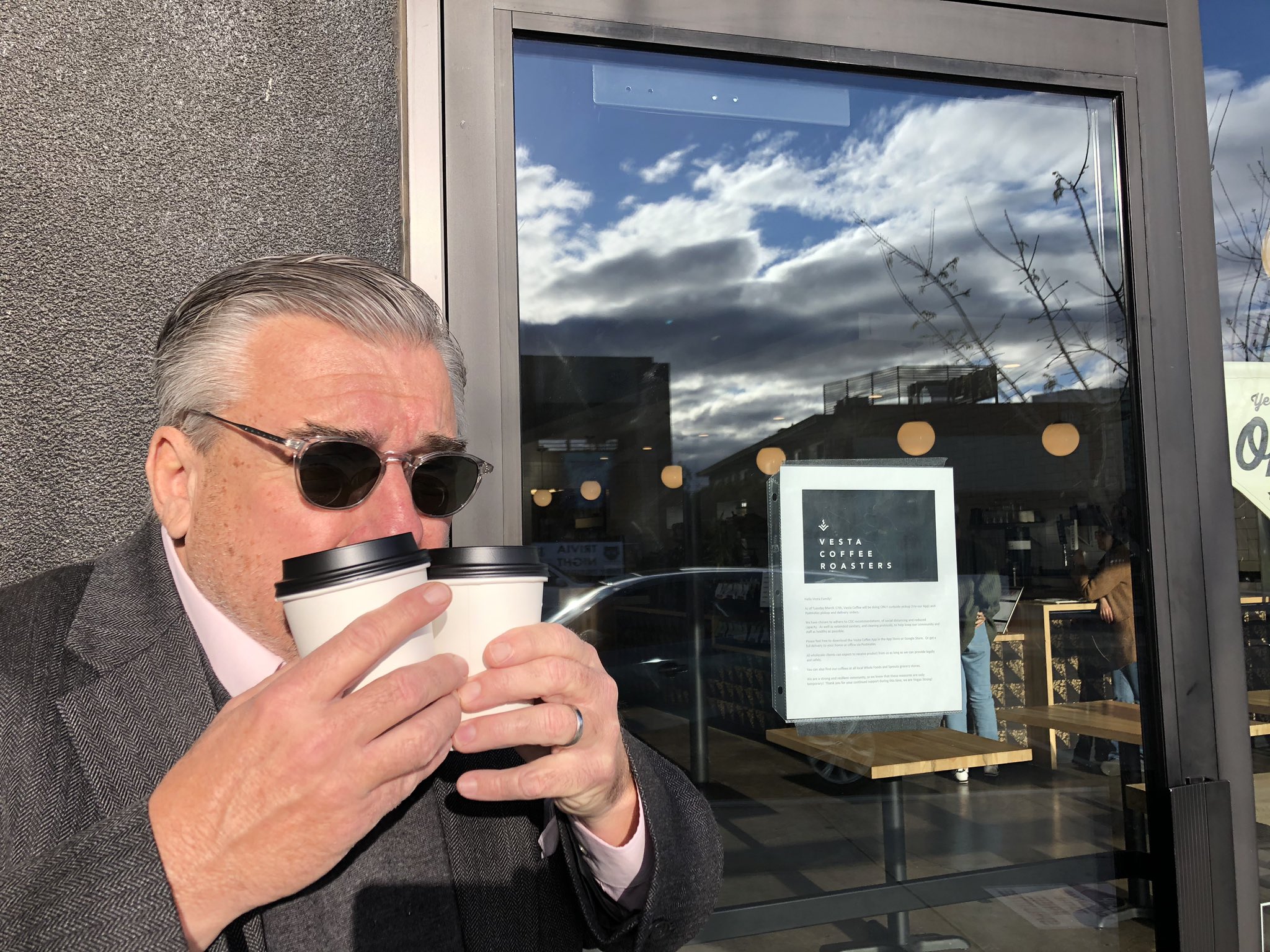 In less than 24 hours, every bar and restaurant is being told to close or serve customers by take-out only. This results in my having to drink my coffee outside of my favorite coffee bar — Vesta Coffee Roasters — in downtown Las Vegas. I do not like being told I have to drink my coffee on a grab-and-go basis. My lack of amusement at this ridiculous restriction will be made more than apparent in the coming days.

This is when reality really starts to sink in. By noon everyone knows the Governor is going to order the shutdown of all “non-essential businesses.” The Governor of the State of Nevada does not realize that for many of us, restaurants, coffee bars are just as essential as a warm bed.

For these reasons, we hunker down on Tuesday and eat leftovers (yummy) from China Mama for lunch as we await the governor’s proclamation. It is Saint Patrick’s Day and no one seems to notice.

That night we eat at Edo Tapas & Wine to show our support, and as good as the food is, the place feels like we’re administering its last rites. No way will a chef-centric, highly-tuned restaurant like Edo be able to survive on take-out trade. Someone should tell our clueless Gubenator this, but he’s too busy listening to the hysterics. 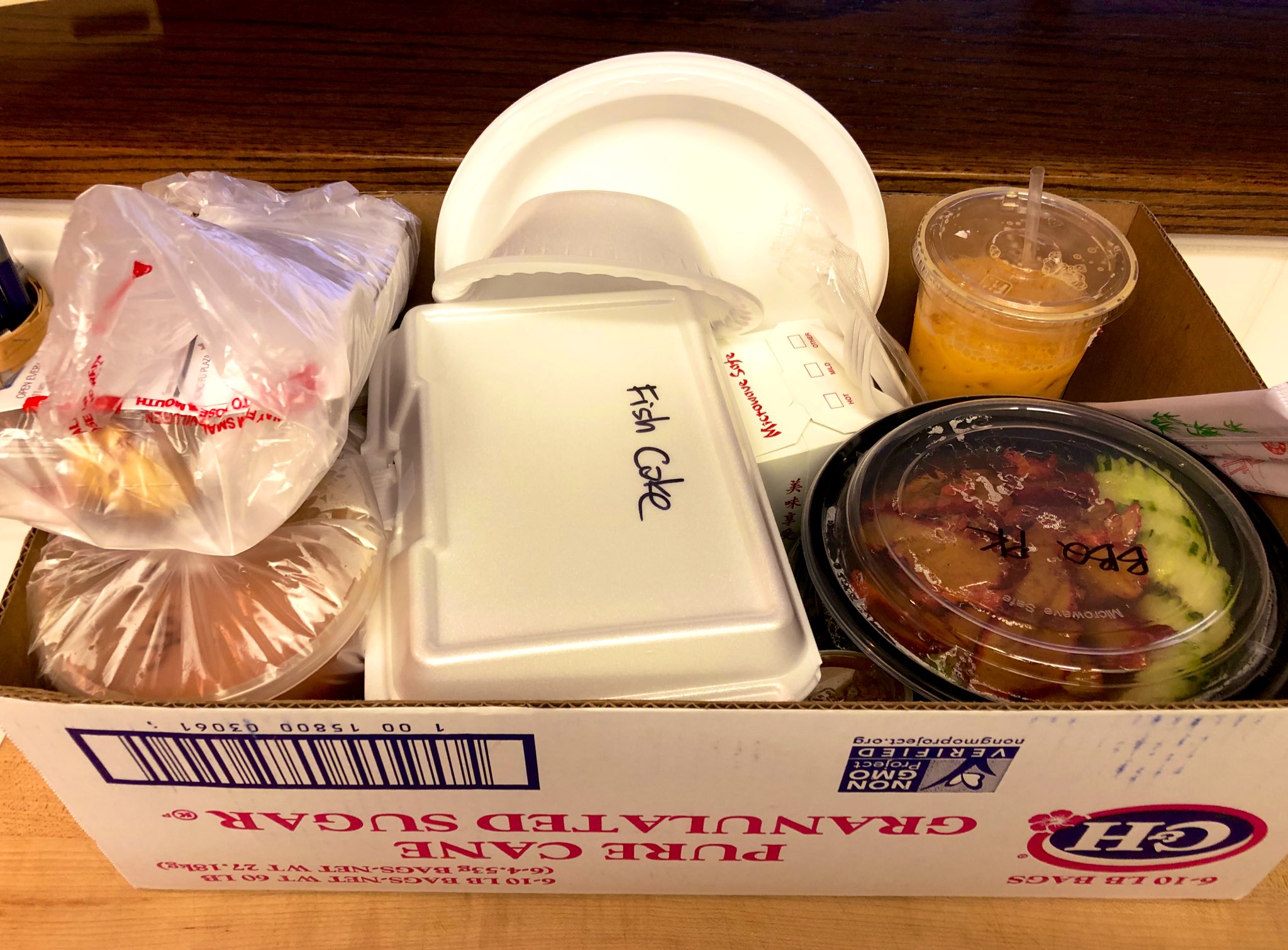 Last night the Gubenator shut down the Strip (which he has the power to do). He also “ordered” all “non-essential businesses” to close, which, technically, he does not have the power to do. (At least it’s debatable in some quarters.)

Regardless, he’s a politician and politicians pander to the majority and the majority of people are screaming for government to “do something” about a virus that’s infected .000017% of the American population. So order away he does.

And everyone complies. Everyone complies because, 1) they’re scared not to comply; and 2) they know everyone will hate them if they don’t comply. (I know 1 and 2 are basically the same thing, but I’m trying to make a point here.

In support of our Chinese-American restaurants — who, after all, have been doing to-go food better than anyone for 170 years — we order take-out from Kung Fu Thai-Chinese. (Las Vegas oldest – since 1973 – Chinese restaurant.) I’ve never been quite sure whether Kung Fu is a Chinese restaurant that serves Thai food or a Thai restaurant with a Chinese menu, but it doesn’t matter these days. It always does a solid job, and it’s been years since I’ve been. so there’s a silver lining to the unfortunate circumstances that bring me here.

The Food Gal® picks up our huge order ($66 + $10 tip) we gorge ourselves on Yen Ta Fo, Todd Munn, Pad Thai and Spicy Chicken. We have enough food to last for days.

I announce on Twitter that no one’s getting a bad review while we try to weather this economic body blow, and I mean it. 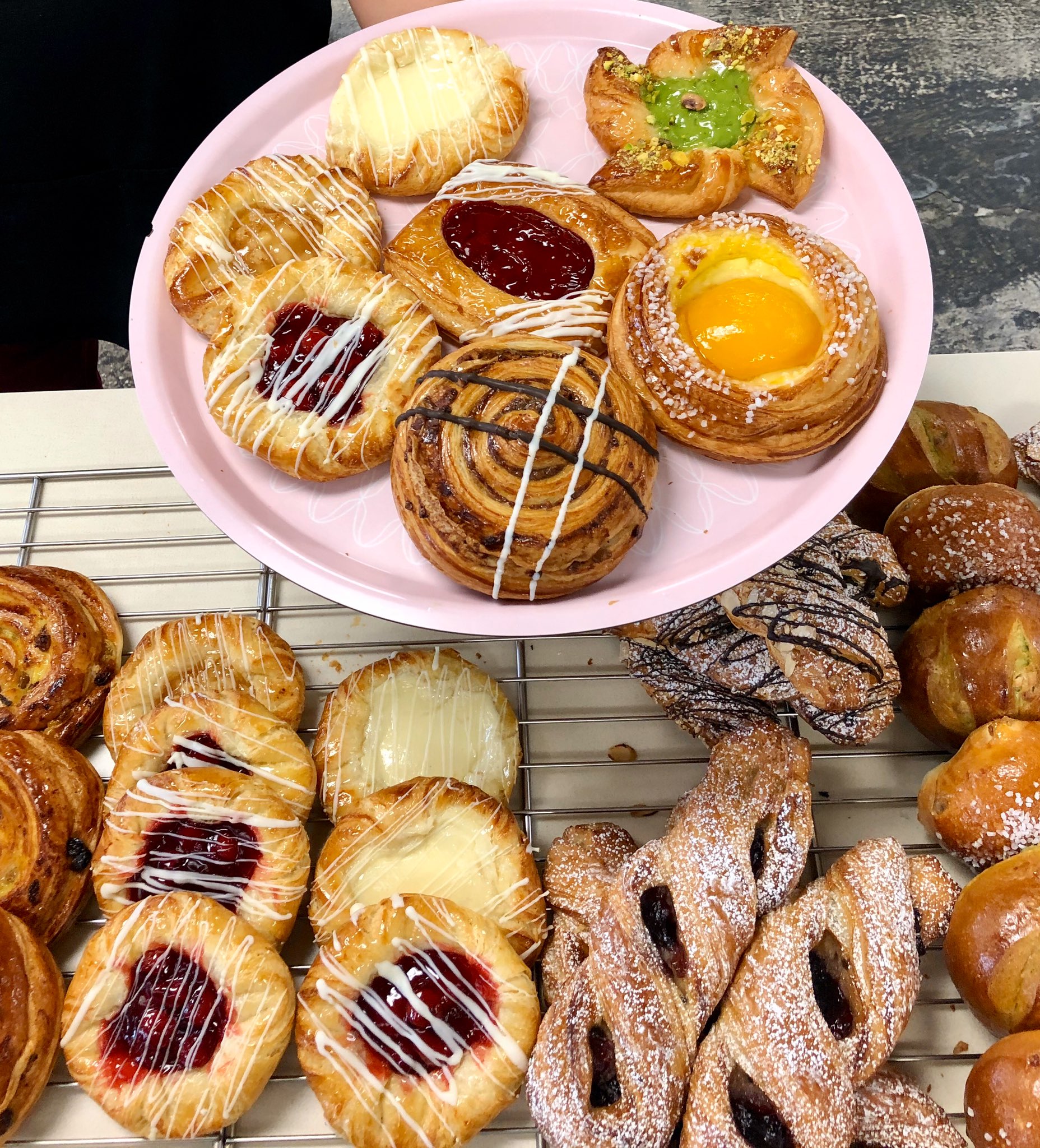 I wake up at 4:00 am with an idea(s): 1) to start this diary; and 2) not to let this craziness defeat me. Restaurants are as much a part of the American cultural identity as football and gas-guzzling cars. It’s sort of amazing how quickly sports dried up (and how no one seems to miss them all that much), but restaurants are where we sustain life and enrich it. Methinks people are going to be screaming for food to return to normalcy a lot faster than begging to see if Andrew Bogut dunks on Miles Plumlee.

This part is easy. Food serving operations like Delices Gourmands French Bakery & Cafe are not being shut down, you simply can’t stay and sit to enjoy your morning brioche. Mr. Curtas is very fond of his morning brioche, and will therefore pick-up, take it to his office, and enjoy it there.

These pastries taste to him both of butter, dough and normalcy, so, for fleeting seconds he can pretend his world is not crumbling around him.

As he’s munching and pretending with his Danish, Mr. Curtas wonders just how fucked is the American restaurant industry?

Answer: Very. 15 million people are out of work in less than three days to combat a virus that will never infect even 1.0% of our population. A virus that all medical experts say 80% of adults will recover from without any medical intervention.

As Mr. Curtas ponders these statistics, he decides to do two things: 1) refer to himself solely in the third person til this thing blows over; and 2) eat steak for lunch. Good steak. Steak directly from the Capital Grille meat locker. 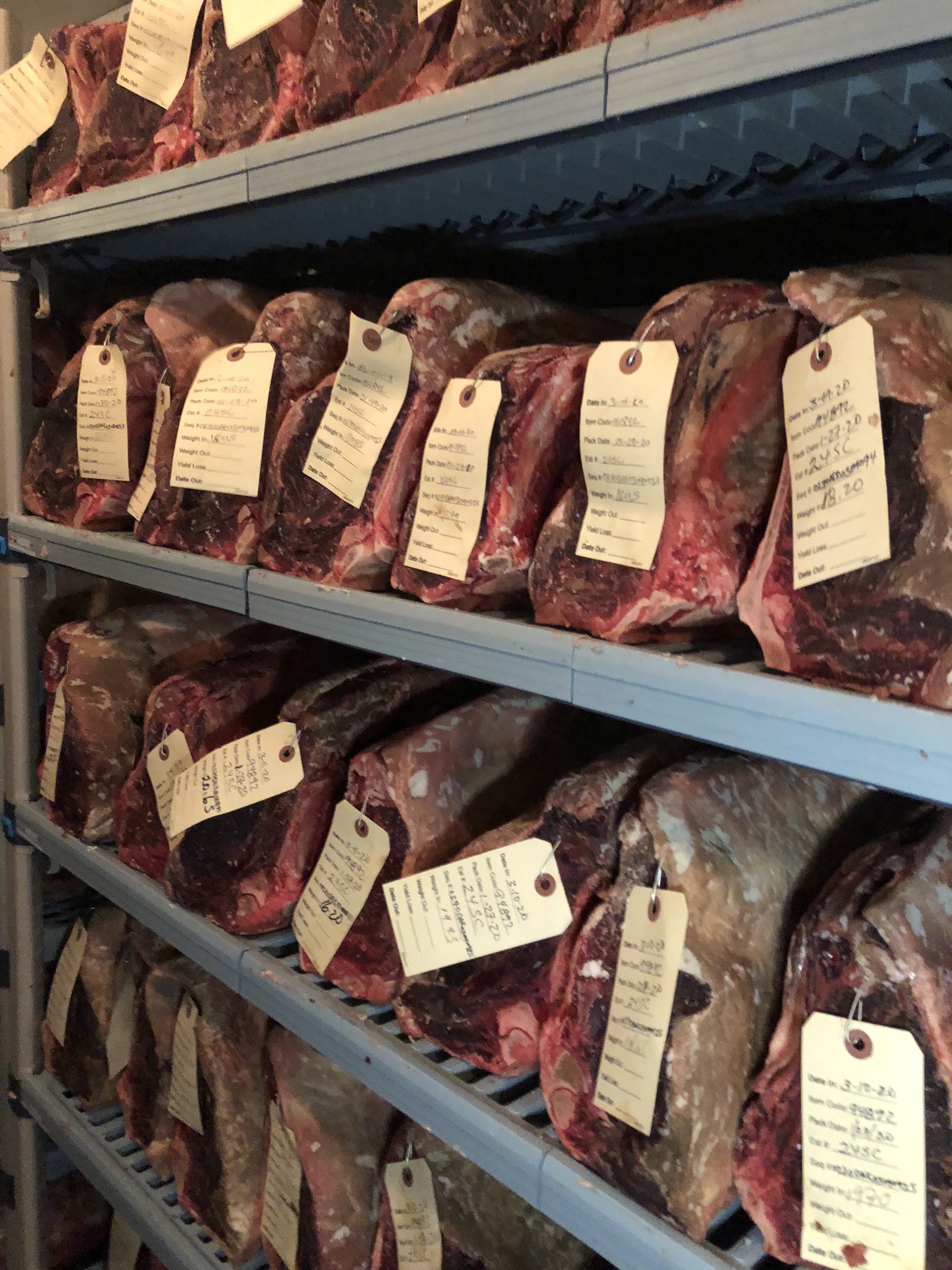 With the help of Manager Drew Weintraub, we get a tour of the locker and get to pick out an entire strip loin to be bandsaw’d into individual steaks. This costs $250, but we get eight, restaurant-quality strip steaks (and a porterhouse)out of the deal. 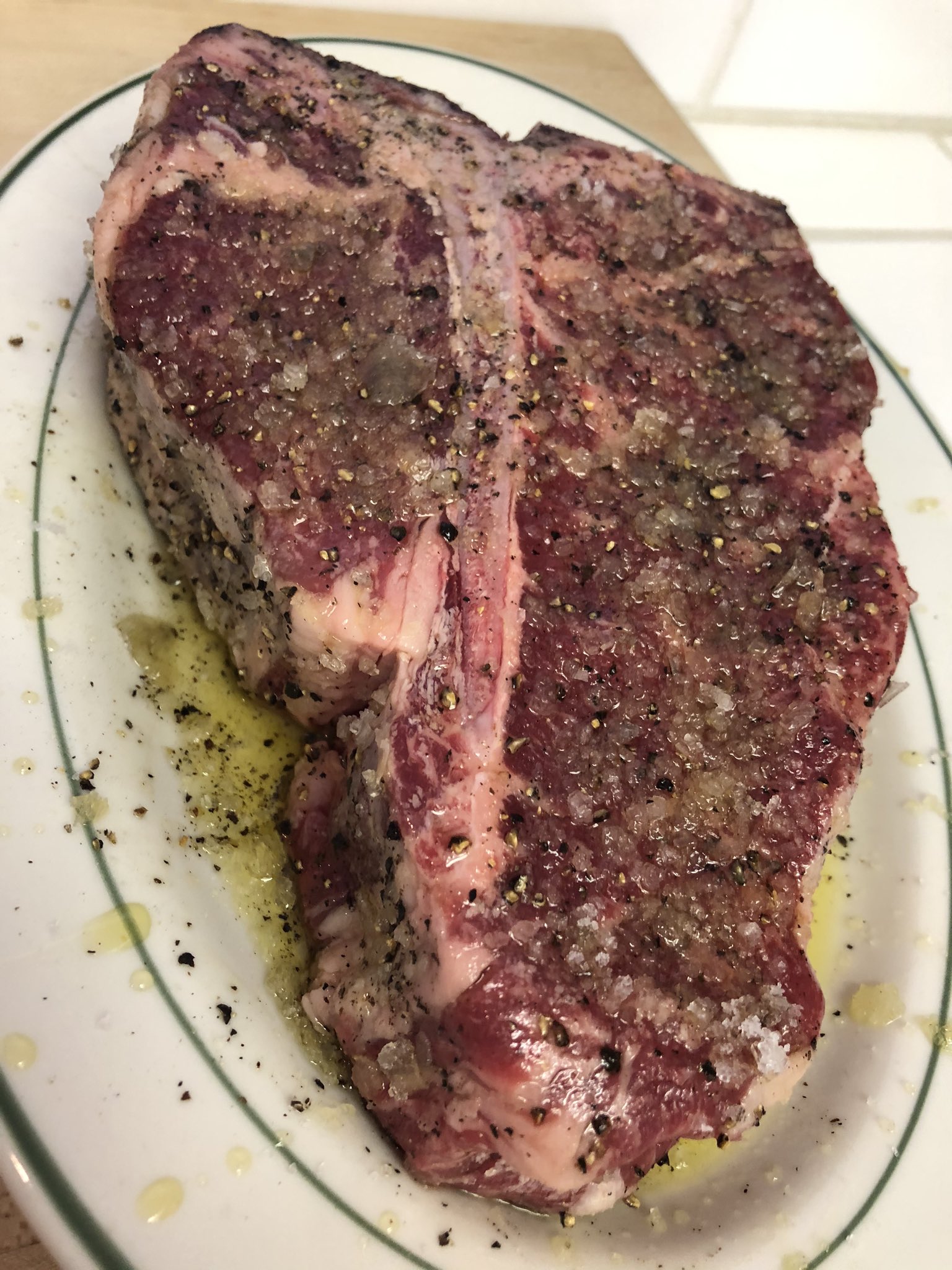 We take them home, and with the help of our comrades-in-epicurean arms the Tollefson’s, we cook up the porterhouse — heavily-seasoned (above), seared on both sides, finished under the broiler). It was damn tasty, and half the cost it would’ve been at the restaurant. But let’s face it, great steaks lose some luster when nibbled on your kitchen counter. 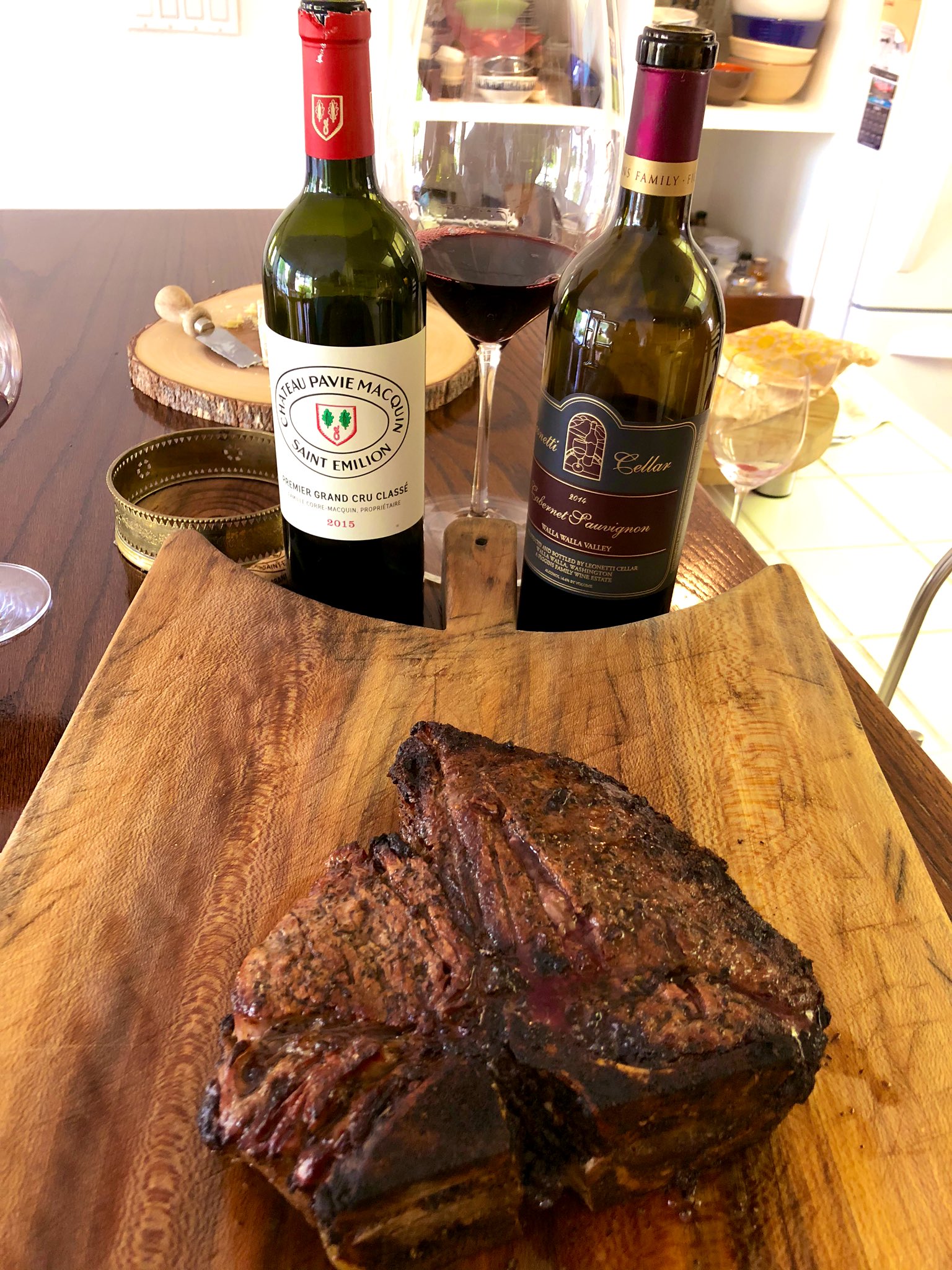 It’s not. It’s bloody awful. As he’s chewing his steak and quaffing his wine, Curtas can’t stop the emptiness from grabbing his stomach, like a clouded mood settling permanently into his gut. Fears and fatalism sickening in their ubiquity, unquenchable by food or drink.  And now they are upon him. The world has lost its fucking mind. And things are about to get worse.