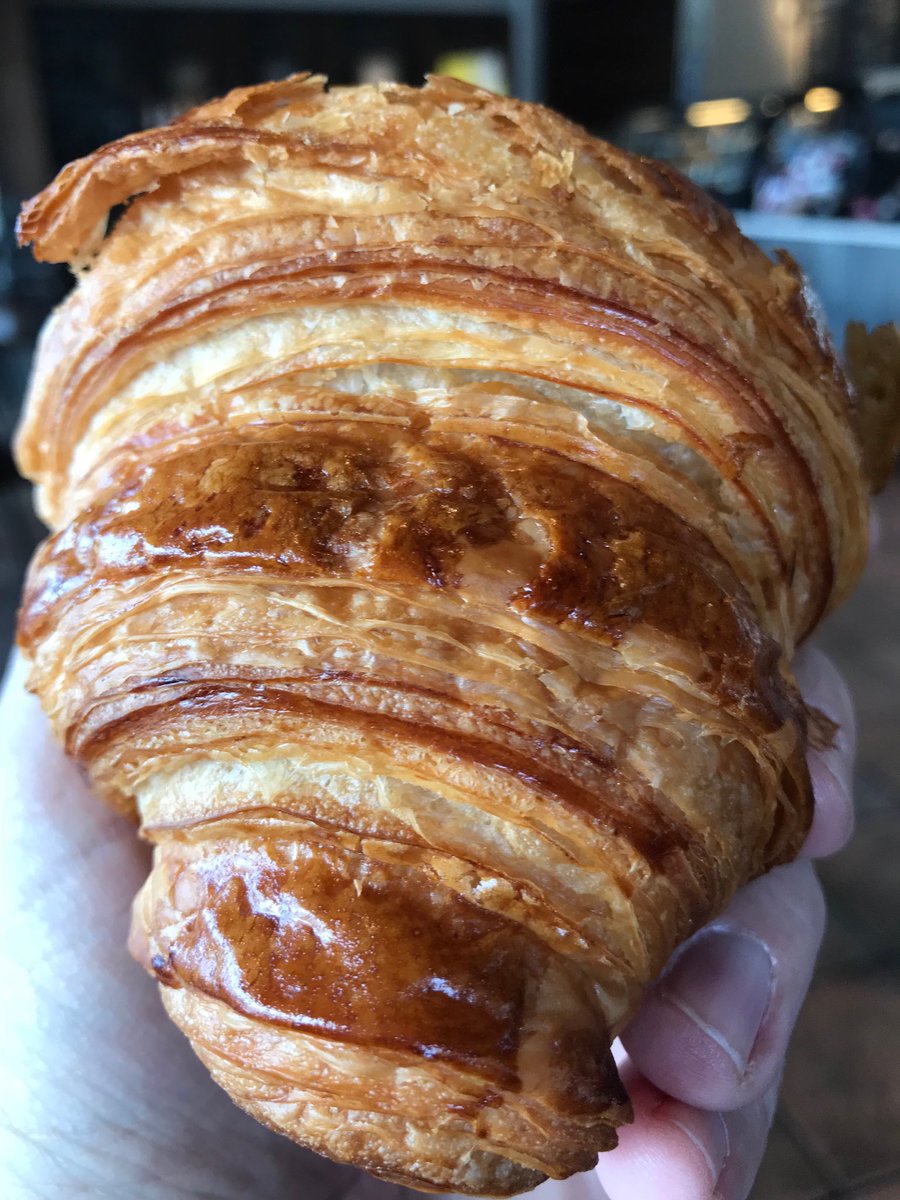 There is no sincerer love than the love of food. – George Bernard Shaw

My father could sell ice to an Eskimo. He was a born salesman. Made (and lost) a lot of money in his life, but he ended his run on an up-tick, and left my mother quite comfortable, so I guess all the hustling and drama was worth it.

I’ve never been much good at selling anything….even myself. Maybe because I saw all the sturm und drang my dad put our family through as he made all that money; or maybe it’s because the German-Protestant side of me considers selling and marketing to be a craven and unseemly.

The internet, in case you haven’t noticed, has become about nothing but selling. Everyone and every thing on it is trying to sell you something. For what is a selfie but a exercise in self-promotion? And who is naive enough to think these days that Facebook is just about sharing pictures with your friends and relatives?

No, when you boot up your computer or click on your phone, your eyeballs immediately become both product and target. The internet, along with being the great equalizer and disseminator  of information, has fed us all into the sausage grinder of the world wide marketing machine.

And what it did to food writing was turn it all into fast food hamburgers.

By way of comparison, consider the New York Times writer (Amanda Hesser) who, in 1998, was given a company credit card and carte blanche to travel around France for two weeks finding subjects to write about. The only writers traveling to Europe these days either do it on their own dime (like moi), or hustle for a pay-to-play gig whereby they get a free trip in exchange for an agreement to write a favorable (it’s understood) story about their trip for some back-home publication (something I’ve also done, mainly for wine articles).

Thus has the entire field of food writing been turned on its head. No longer do publications like Bon Appetit and Travel + Leisure send writers to discover stories. Instead, they are the repositories for articles that have been pitched to them by hotels, cruise lines, tourist boards, international booze conglomerates, etc.. Marketing now dominates everything, and with the exception of a few giant national newspapers, and some teeny tiny periodicals, all opinions are now bought and paid for. It’s all quite sad because you can no longer trust anyone.

Except Chad H. on Yelp, who doesn’t like Estiatorio Milos because it’s “too fishy.” Him you can trust.

I say this with tongue only partially wedged in cheek, because at least “Chad H.” (who probably doesn’t know his xiao long bao from his Chow Yun-fat) actually went to the restaurant he’s opining about. The listicles that dominate web sites like Eater and Thrillist are the product of press releases. It’s doubtful that whoever compiles these has ever stepped foot in the places they proclaim as “hot.” All they know is what they’ve cribbed from a p.r. sales pitch, or the internet…or from the dwindling number of writers (or other publications like this one) who are doing boots-on-the-ground (or, in this case, food-in-the-mouth) research.

In it’s own not-so-subtle, insidious way, the internet created a vortex of simplified discourse that sucks the consumer farther and farther away from meaningful information. Which is just the type of controlled message that corporations and public relations people want.

If there was a primary motivation it certainly wasn’t money. Even in its late 20th Century heyday, there wasn’t a lot of money to be made in writing about restaurants. If I have to point to a specific inspiration it would have to be much purer and less meretricious: I wanted to promote good restaurants so more people would eat there and they’d stay in business and their success would inspire others to follow.

Everyone thinks I’ve always been about criticizing restaurants, but in fact, what I really was doing was advertising them.

A restaurant critic might start out as a consumer advocate — and, indeed, it is through those eyes that you must view your subject — but what you end up being is a cheerleader, a fanboy, an unabashed promoter for the businesses you cover. You do it somewhat inadvertently, and you do it out of keen interest, but first and foremost, you do it out of admiration, not because you’re on the payroll…and that makes it the sincerest form of salesmanship there is.

Somehow though, I don’t think my father would’ve understood. He died in 2006, but I’m sure he, like many others, would’ve asked why I didn’t try to monetize Eating Las Vegas. All I could’ve told him was, “Because I’m doing it for love, Dad, not money.” I did it for the love of writing, and for the love of restaurants, and because I hated what the internet had done to food journalism.

And boy, have I loved writing about food and restaurants.

And I really love writing about them on my own web site.

Nothing against the dozens of editors I’ve worked for, but there’s a freedom in being able to express yourself without the constraints of some blue nose with a blue pencil telling you to “tighten it up,” or “tone it down,” so they can keep their lowest common denominator readership happy.

And what I’ve loved about you, dear reader, is that you never wanted me to dumb it down or tone it down. You appreciated me letting fly with my opinions, my stylistic liberties and my awful, insistent alliteration. Only a few of you ever begrudged me my fantasies or my foibles. Most of you got it from the get-go, and you let me have fun writing in my style and from my heart — not from the perspective of some fuddy-duddy dead-tree publication.

Almost everything I’ve ever written has come from the heart, not from a paycheck — which either makes me a hopeless romantic or a fool.

The romantic in me longs for the days of incisive writing and journalistic standards applied to rigorous reporting about where you should eat and why. The fool in me thought that I could raise those standards (in Las Vegas at least), even as they were evaporating all around me. But unlike most critics (save for Seymour Britchky, my muse) I put my money where my mouth was. Sure I got comped a lot (especially in the last decade), but my restaurant bills from 1995-2010 would choke a horse. I went in, anonymously for the first ten years, threw down, and then coughed up my sincere opinions about what I ate. I don’t know if anyone ever again will be foolish enough to do what I did.

To be a blogger, you have to be obsessive. In the early days, my staff and I would crank out two or three posts a day. Those were exciting times. By 2008, the wave of fantastic food that had begun to build a decade earlier was just cresting. It was a tsunami of gourmandia the likes of which no city in the world had ever seen. What had begun with Spago in 1993 and Emeril’s in 1995 continued to swell with the opening of the Bellagio in 1998, and then, in rapid succession, the launching of the Venetian and Mandalay Bay. By the time Joël Robuchon showed up in 2005 and Guy Savoy arrived in 2007, I felt like the world’s luckiest surfer — one who was making the drop on some awesome lips, day after day, night after night, for a dozen years in a row.

15 years on the radio, 9 on TV, 6 books, countless magazine articles, multiple national television appearances, numerous contributions to guide books and web sites. — it’s been a good run. I’ve taken this whole food writing thing so much further than I ever imagined when I was nervously sitting in my bedroom on October 14, 1995, hand-scribbled script in one hand and a cassette recorder in the other, rehearsing for my first radio spot on KNPR —  sweating over how to make food sound fun and interesting for three minutes. But I got through that, and I got better — at writing, at eating, at tasting, and at radio and television. My waistline suffered, my liver suffered, my relationships suffered, and most assuredly by bank account suffered, but I made my mark, and helped a lot of restaurants and chefs in the process. Even my stick-to-business dad would’ve been proud of that.

As Augustus McCrae says to Woodrow Call at the end of Lonesome Dove: “By God Woodrow, it’s been quite a party hasn’t it?”

It’s been quite a party.

[ELV — the man, the myth, the inveterate Francophile, Romanophile, oenophile, turophile, Sinophile, Nipponophile, and Grecophile — will be on hiatus for the next month or two while he re-boots (and re-names) this web site and tries to decide what he wants to do when he grows up. Until then, kali orixi to all.] 14 thoughts on “The Last Course”