On a cold winter’s day, nothing hits the spot like a little choucroute garni from the mind (and talents) of Eric Klein at Spago.

Think of it as as sauerkraut (the choucroute) garnished with pork (the garni). Or, as we say around the ELV offices: 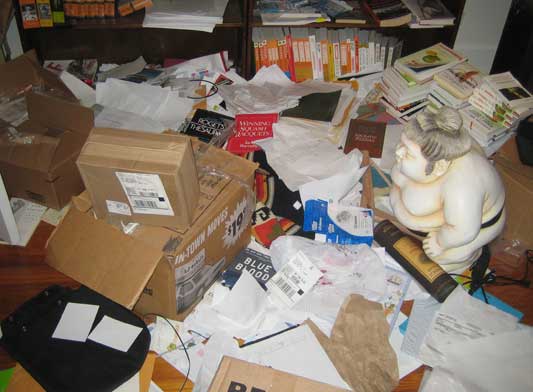 Klein hales from Kaysersberg, in Alsace, France — a region known for its blending of the Allemagne/French cultures. A place where choucroute is a culture, and tarte de flambée a religion.

We once spent five days in Colmar, (France, not Maryland) eating nothing but choucroute garni and tarte flambee noon and night (with a side trip to L’Auberge de L’Ill for a four hour extravaganza of Alsatian delights), so we consider ourselves something of an American expert on these things.

Which only means we crave both dishes just about all the time…but especially when the air turns frosty.

Most of the time, Klein’s choucroute is an off-the-menu item. He tells us very few customers appreciate it, and only ELV and Slapsie Maxie swoon over it.

But swoon we do, because of the pork in all its guises (Klein also throws in some chicken sausage occasionally), and because, in spite of what you might think, it is amazingly digestible and non-filling.

Not to mention how great it goes with a glass of German kabinett riesling.

It may be putting an awfully fine point on it, but we like the lighter, racier rieslings of Germany with all that pork. Alsatian rieslings, while also a favorite, can sometimes be too rich and earthy for a dish that’s much lighter than it first appears.

Spago’s choucroute garni is not always available, but when it is, it costs $34, is plenty for two, and is worth going out of your way for.

In the Forum Shops at Caesars Palace

2 thoughts on “Eat This Now – Choucroute Garni at SPAGO”